A seemingly innocent photo of two people hugging has sent Twitter into meltdown – because no-one can figure out who is who.

At first glance the image shows two people, one sitting and the other standing; one in a blue shirt, white jeans and heels and the other in a pink checked shirt.

But look closely, it’s very difficult to decide who is actually wearing what – is the man with short hair standing up in heels or is he sitting?

The question has baffled Twitter users after it was shared on the social media site with the line: ‘At first I thought he was wearing the heels.’ 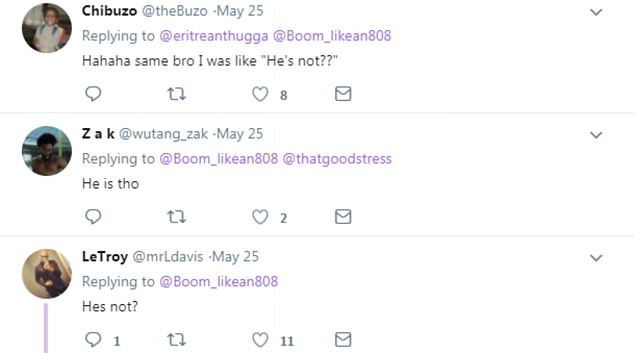 Those insisting the man with the short hair was wearing heels and others who were sure the long-haired woman was leaning over and hugging her friend.

‘You can see she’s resting her head on his shoulder,’ said one.

‘Exactly!!!! He IS wearing those heels cause his neck is in the collar of THAT shirt!!’

The same frustrated person continued: ‘So y’all are telling me he has an extra long giraffe neck and his head magically is way up there when his shoulder is all the way down there? C’mon now.’

‘Yo, u don’t know how long I stared at this photo like “he is wearing them tho”,’ said one confused person. 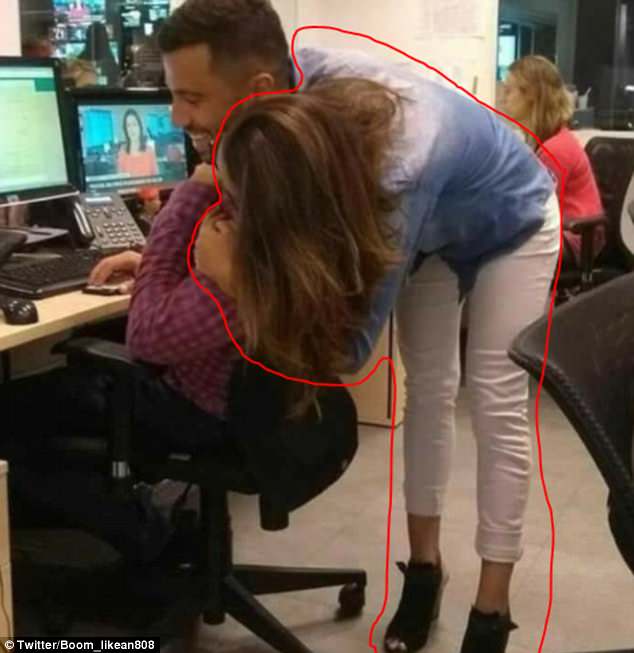 The picture becomes clearer when a line is drawn around the person in the blue shirt, white jeans and heels. The woman with the long hair is hugging the man sitting down 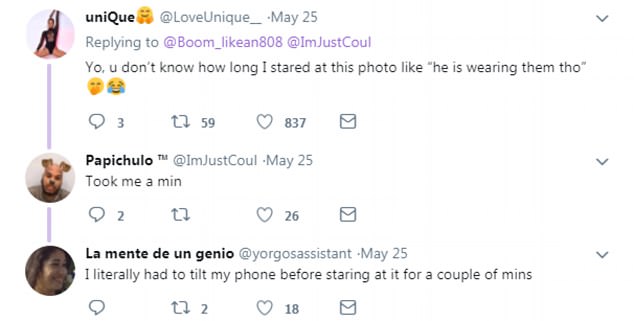 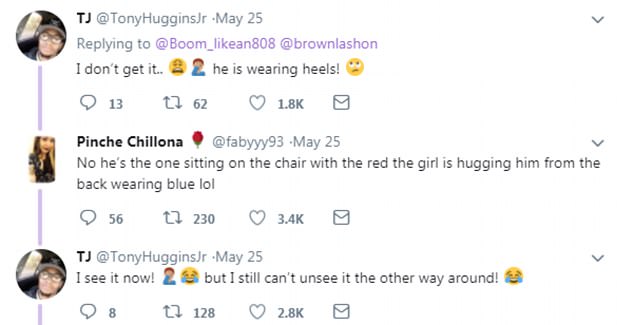 Others were determined to come up with a solution to figure it out once and for all, suggesting people should tilt their phones different ways or turn your phone upside down.

Ultimately the picture only really becomes clear when a line is drawn around the woman in the blue shirt, white trousers and heels.

She can be seen leaning over the mans shoulders as he smiles and laughs at the computer screen.