Couple in comas after running in burning home to save pets

A couple are both fighting for their lives after running back into their burning house to try and save their six pets.

Michael and Liane Breeze had held a party at their home in Worongary on Saturday night to celebrate Liane’s 50th birthday.

But a poorly extinguished fire-pit burnt the house to the ground about 3.40am the morning after in a blaze so big firefighters took more than an hour to get it under control, 7 News reported.

All four people inside the home at the time managed to escape, but choosing to dash back in to help out the animals has left both Michael and Liane in a critical condition. 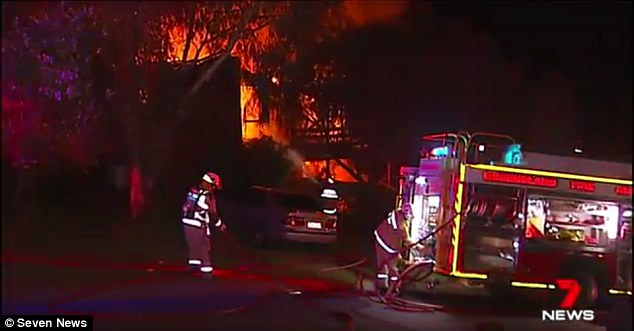 The couple are suffering severe burns to their face, chest and hands, are in an induced coma, and are expected to need skin grafts.

Though they managed to save two of their dogs, three cats and a husky were killed in the blaze.

Their heroism astounded and frightened neighbours, who report seeing Liane’s skin ‘coming off her hands and face’ as she ‘howled and wailed’.

‘She was just a mess – the skin [was] coming off her hands and face.

Inspector Todd Murray from the Queensland Fire Service told 7 News the size and extent of the fire would make it difficult to be completely certain of a cause.

Friends have set up a GoFundMe to help support the family, who have lost their home, all of their belongings, and will soon be faced with what is expected to be a long road to recovery. 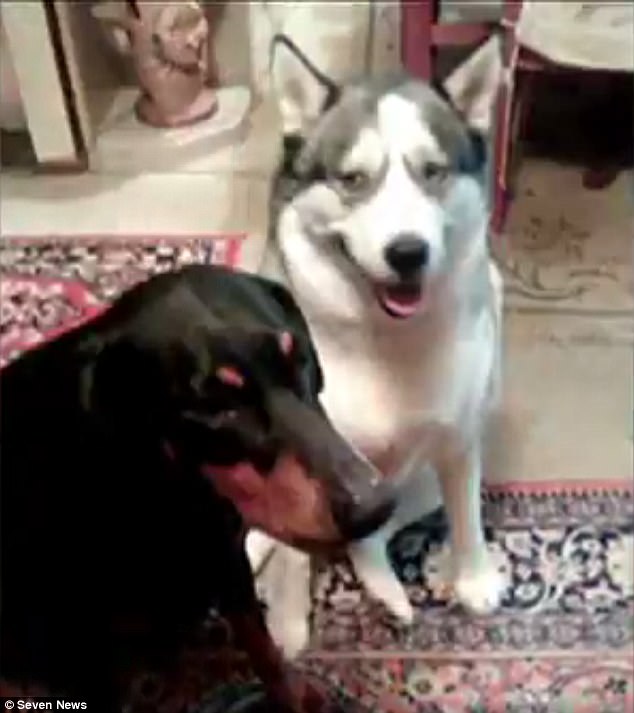 While they managed to save two dogs from the flames, three cats and Michael’s beloved pet husky (pictured) died in the blaze