A couple have lost a bitter legal battle to stop their dog being evicted from their £1million penthouse.

Gabby Kuehn, 46, and her banker husband Florian, 43, face having their beloved terrier Vinnie turfed out from their luxury apartment in Limehouse, east London.

The couple argued they were given permission to bring the Yorkshire-Maltese cross by the property’s freeholders shortly before their move in November 2015.

But Victory Place, the property management company, argued the lease has a ‘no-pets policy’, and the couple knew of the policy before they bought the luxury property.

The policy does allow for pets in exceptional circumstances, such as medical grounds, however no pets have ever been allowed to live on the estate.

When the couple brought a case over whether pets were allowed on the gated estate, they were handed an injunction to have him removed.

During the trial in February last year, recruitment consultant Mrs Kuehn argued Vinnie had a ‘therapeutic effect’ on her and she had bought him during a stressful period of her life.

But when asked for medical evidence she did not provide it, The Mayor’s and City of London Court was told.

Judge Donald Cryan said all the couple’s defence came down to was ‘I love my dog’ and no evidence had been provided of any medical benefits. 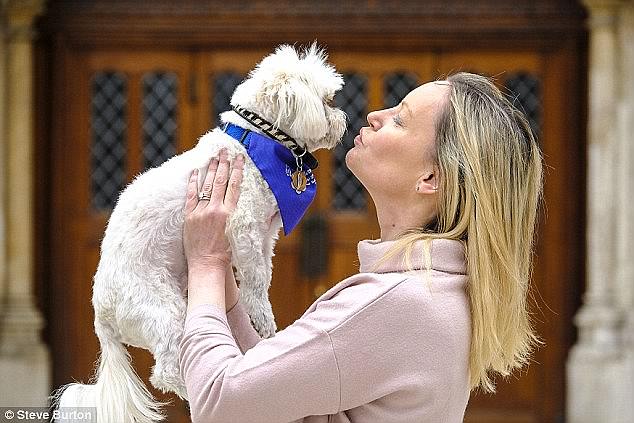 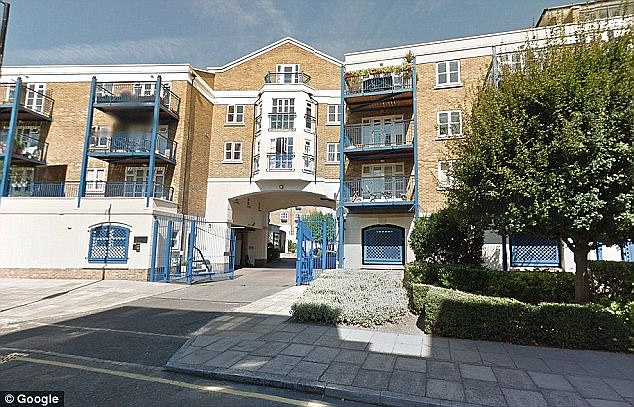 The couple did not give up though and took their legal battle to the Court of Appeal.

There they argued the board of the residents committee failed to give them a fair hearing and had already made up it’s mind to refuse Vinnie a home.

But the Chancellor of the High Court, Sir Geoffrey Vos, dismissed the appeal today, despite commenting: ‘I have rarely seen such visceral opposition to dogs.’

Sir Geoffrey, who admitted he is himself a dog-lover, told the couple: ‘I don’t see how you win this case. You may win and get some costs, but then they (the board) can go back and they do it properly and say you can’t have a dog.’

Speaking after the case, Mrs Kuehn said the decision was ‘a bitter blow to our family’.

She said: ‘Although this case was about our dog that we love very much, it was also about standing up to management companies that took no account of the rights or feelings of an individual leaseholder.

‘We took a stand against a company that we feel rode rough shod over our rights and spared no expense in pursuing us despite their failure to consider our application to keep Vinnie and from the beginning treated us in a high-handed and dismissive manner.’ 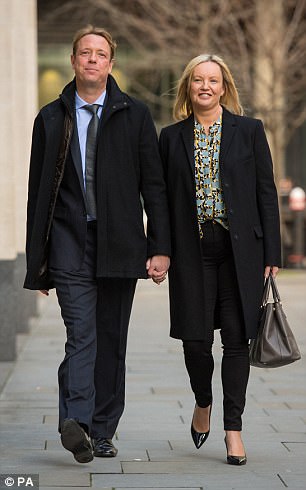 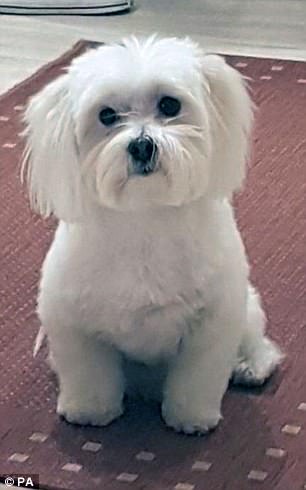 She added she hoped her case would ‘act as a step forward in opening discussions around these types of clauses in leases denying people the right to keep/love a pet in their own home.

‘Following the purchase of our property sadly it became clear from detailed conversations and correspondence with Victory Place Management Company Limited that they would not accept any evidence medical or otherwise to keep our dog, the outcome of the appeal appears to reject this.

‘We will of course now make our application in line with the terms of the new policy.’

It is understood Vinnie is currently in temporary accommodation with the couple, who said they are preparing another application to the management company in a bid to return to their flat with their pet.