A couple are being forced to move out of their £1,300 a month one bedroom flat because the noise of their neighbour’s eleven children has become unbearable.

Lydia Scott, 31, moved into the ground floor property in Stoke Newington, north-east London with her boyfriend Tristan in May, but their lives have been made a misery ever since.

She said that they first experienced the clattering and banging from upstairs on their first night – and it hasn’t stopped.

The noise from large family’s brood in the flat above theirs sometimes continues until 1am, and the couple say they are now looking to move out because it has been impossible to settle.

Lydia Scott, 31, pictured, and her boyfriend thought they found their dream flat in Stoke Newington, London, but now claim they are bothered by ‘constant noise from their upstairs neighbours and their 11 children’ 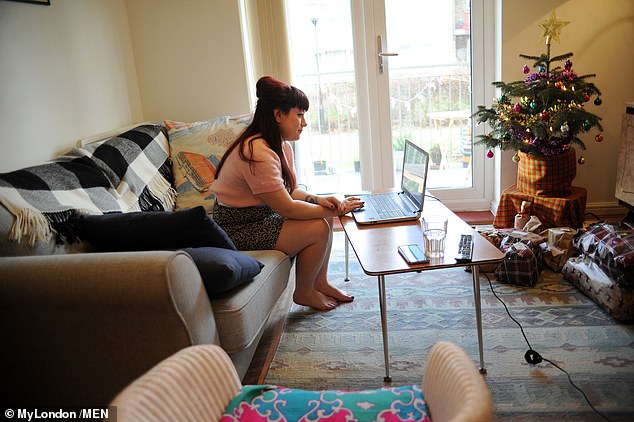 Ms Scott, pictured in the flat, said it costs the couple £1,300 per month and it seemed ‘too good to be true’ before the noise problems

Ms Scott, a charity worker, and her partner pay £650 each for the flat which has a balcony.

She said: ‘When we first looked round I thought it seemed too good to be true. It’s a pretty big space and has a balcony.

‘We were both really excited when we got the keys, but then on the first night we moved in the noise began.

‘We heard thumping and running about upstairs, it sounded like someone was moving furniture around too.’

Ms Scott and her boyfriend went to meet the neighbours and to complain about the noise.

She said they were ‘really nice’ but that not much has changed since.

She said: ‘The noise starts around 6pm every night when I get home from work. You can hear the kids running about, sometimes it goes on until 1am.

‘We asked them to try and keep the kids from running about above our bedroom. And that’s got a bit better.

‘The dad even gave me his number so I can text him when it gets too out of hand, he’s really nice about it. 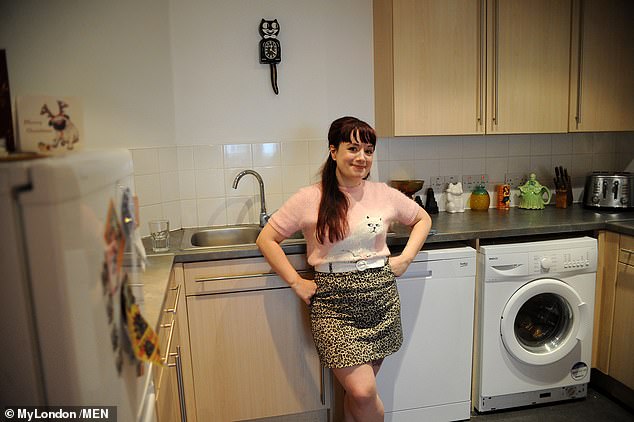 The charity worker, pictured, said she complained to the neighbours and that the family was ‘very nice’ but the noise continues 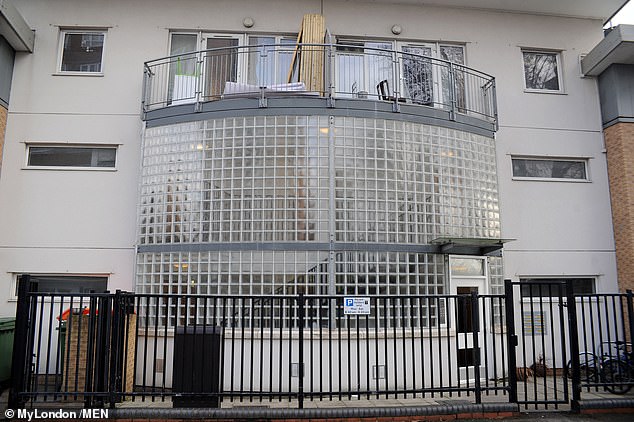 The couple say the noise has made it ‘impossible to settle’ in the flat, pictured from the outside, and they plan to move out at the end of the lease in May

‘But they’ve got 11 children – it’s going to be noisy no matter what.’

This is the first place Ms Scott and her boyfriend have lived alone together, but the noise has made it impossible to settle.

Her mother died of cancer in September and she’s found not being able to relax at home really hard.

She said: ‘I was literally splitting my time between caring for my mum and being in the flat, so when I couldn’t relax in the flat it was super stressful.

‘The noise has really affected our experience living in this flat.

‘We’re going to move out when the lease runs out in May.

‘But finding somewhere in London takes so much time and energy, and with everything that’s happened in the last six months we can’t face it right now.’

The average amount of rent spent on renting one room by tenants across London was £592 a month. 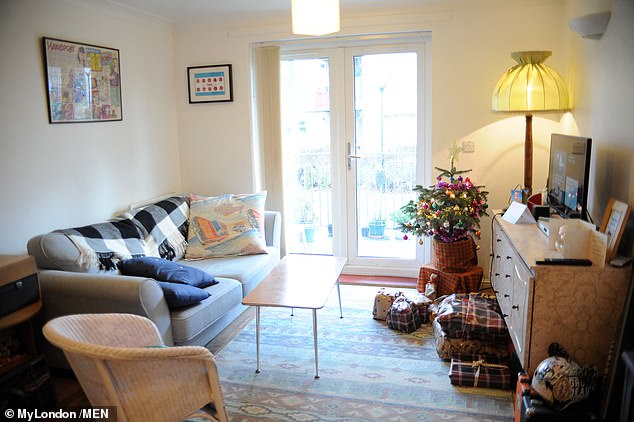 They said they were attracted to the flat, pictured, due to its large space and balcony 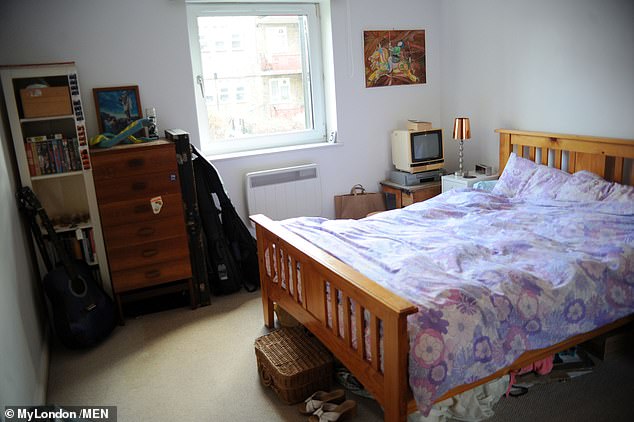 The Stoke Newington flat, pictured, is the first place the couple have ever lived at together