Couple reveal temporary divorce left them with $100K in debt

Couple who went through a bitter divorce and custody battle before REUNITING just 18 months later reveal their messy temporary split left them with $100,000 IN DEBT

A California couple has revealed they are stuck paying off their $100,000 divorce, even though they ended up staying married and renewing their vows.

Brittany Jade, who is known as @brittanyjade___ on TikTok, has more than two million followers thanks to her candid videos about her relationship with her husband Wyland and their three children.

In a recent video, she explained that she was the one who wanted to get divorced, and while Wyland was against it, he filed first. They have since reconnected and are now ‘married with $100k debt.’

Yikes: Brittany Jade revealed in a viral TikTok video that she and her husband Wyland are $100,000 in debt from their divorce, even though they ended up staying married 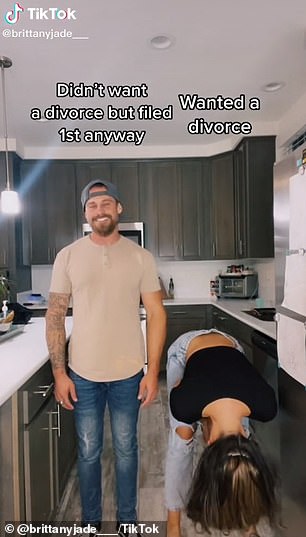 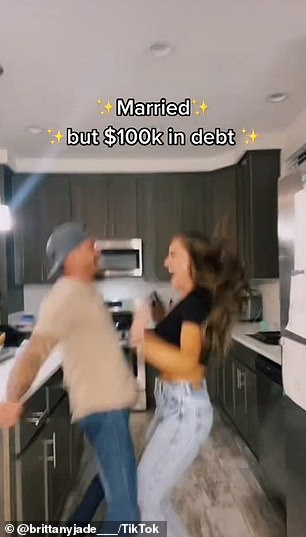 Happy ending: The California couple had been married for nine years when they separated for a year and a half and decided to end their marriage, but then the reconnected

‘Our happily ever after is paying off a divorce we never got,’ she joked in the caption. ‘But for the record, We ALMOST have (my side) of it paid off!’

The viral TikTok has been viewed more than 6.7 million times, and commenters had plenty of questions for them.

Most people wanted to know why their divorce was so expensive, with one person asking: ‘What kind of divorce costs $100k?!’

Brittany, who is one year sober, explained in the comments that their divorce was costly because it ‘wasn’t mutual’ and they were also fighting for their children.

She and her husband had been married for nine years when they separated for a year and a half and filed for divorce. 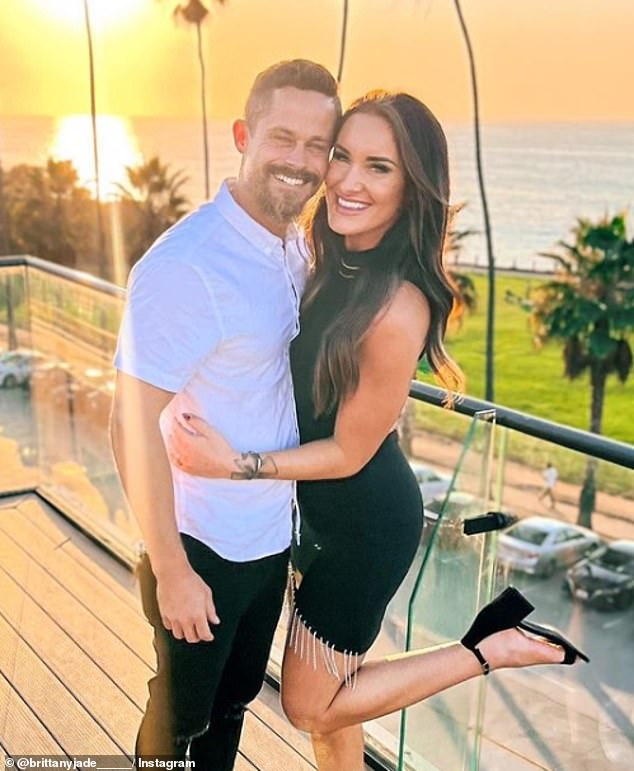 Legal battle: Brittany, who is one year sober, explained in the comments that their divorce was costly because it ‘wasn’t mutual’ and she was struggling with addiction 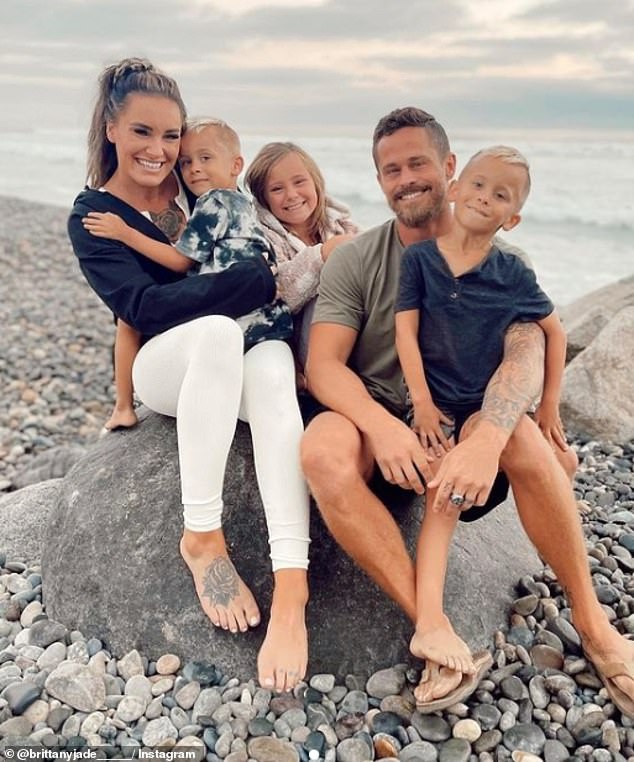 ‘I was struggling really bad w/ addiction so there were restraining orders & a huge custody battle,’ she wrote.

Brittany added that their lawyers were ‘not mad’ that they ended up staying married ‘because they still got paid for everything.’

While some people were appalled by the cost, others were happy that they found their way back to each other and are a family again.

‘I love your happily ever after! The silver lining is paying it off taught y’all how to grow & have a healthy marriage,’ one person commented.

‘Hey don’t feel bad,’ another added. ‘My parents got divorced and remarried within a few years. My aunt did the same thing.’

Someone else shared: ‘Everything works out as it should… this clearly required an expensive lesson.’

Brittany shared in the comments that the money she makes from her viral TikTok videos is helping her pay off their debt.