A couple who tried for a baby for seven years finally had a baby after experts told them to give up exercise and avoid wearing perfume.

Nicola and Mark, 39, a logistics manager, spent around £20,000 on IVF treatment during an ‘utterly physically and emotionally exhausting’ ordeal.

Delighted: Nicola Szymanowski, 38, and husband Mark welcomed son Charles Henry John in May after trying for a baby for seven years 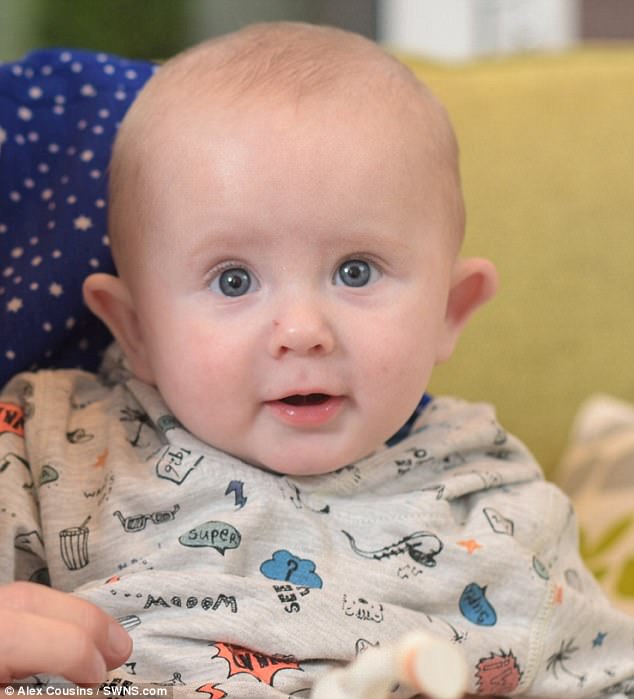 Precious: The couple spent around £20,000 on IVF and other fertility treatments to finally have a baby of their own. Pictured, five-month-old Charlie

It was only after a doctor at IVI Clinic in Tamworth advised the couple to make dramatic changes to their lifestyles including telling Mark to give up his morning boxing sessions and Nicola to avoid perfume that their dreams came true.

Nicola 38, of Bury, Manchester said: ‘The doctor said Mark doing strenuous exercise would lead to his body releasing endorphins to repair the muscles, which could affect our chances.

‘And she also said chemicals from perfume or make-up would get into my bloodstream, so I stopped using perfume.

‘I even asked people who were coming to see me not to wear perfume. It was an horrific journey, absolutely horrific. There were times when we were so low. But we finally got what we wanted. 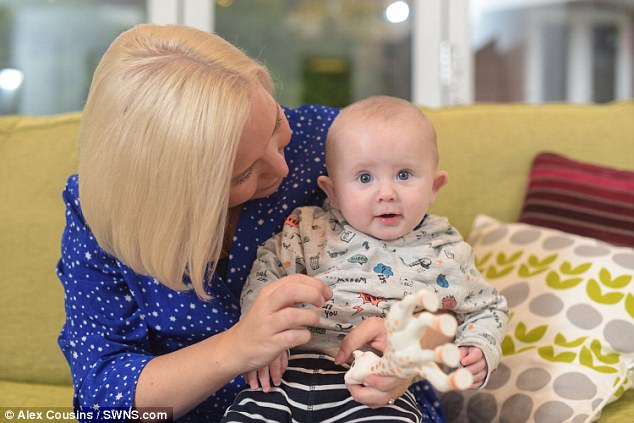 Ordeal: Nicola called the seven-year process to have her baby ‘horrific’ and ‘exhausting’

‘We were overjoyed when Charles arrived. We were very fortunate that Mark’s parents and my parents and step parents helped us out with the bill. Without them it wouldn’t have been possible.’

Mark added: ‘Surprisingly it was more difficult to give up exercise than it was boxing. However, it’s not great to be able to do both.’ 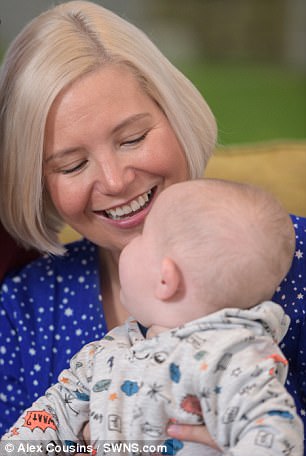 The couple decided they wanted a family shortly after they met in September 2008, but despite their best efforts Nicola didn’t fall pregnant.

In late 2011, the couple visited their visited their local GP for a check-up and were referred to St Mary’s hospital in Manchester where Mark was told he had a low sperm count.

Subsequently they found out Nicola had a low egg reserve.

After postponing baby plans in the lead up to their wedding in 2012, the  couple began to try again on their honeymoon in April 2013.

Four months later they were accepted into the fertility unit of St Mary’s to begin the grueling treatment which involved Nicola injecting herself daily.

On Christmas Eve 2013, a pregnancy test proved to be positive.

Nicola and Mark then went for a hospital check-up 13 days later and were devastated when no heartbeat was found.

A ‘removal’ was carried out four days later, where they discovered the loss of identical twins.

During a holiday in Mexico in March 2014, Nicola realised her period was late. Aware it is common to fall pregnant naturally after a bout of IVF treatment, a pregnancy test revealed a positive result. 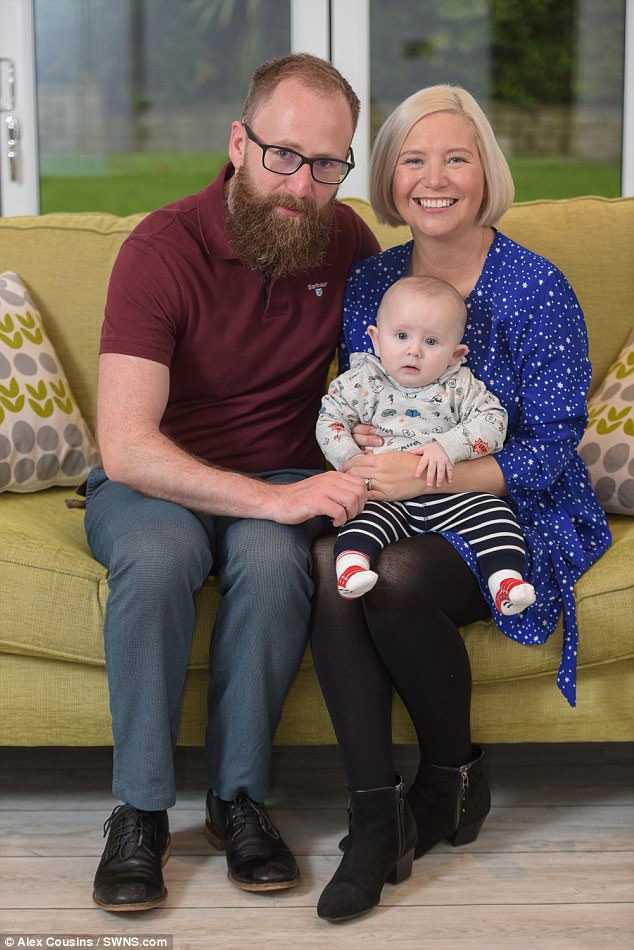 Their cautious happiness was tempered by the death of Nicola’s grandfather, Ken.

The day before his funeral, Nicola experienced bleeding and drive to St Mary’s to be told she had miscarried. 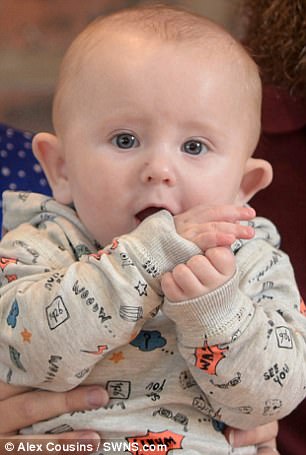 Heartache: The couple suffered two miscarriages before having Charlie, pictured

A number lifestyle changes were advised for the couple including cutting out caffeine, refined sugar, alcohol and only eating one carb a day.

Mark was advised to stop all exercise including his morning boxing sessions and Nicola was told not to wear perfume.

Dr Gillian also advised Nicola to request a ‘short protocol’ treatment at St Mary’s instead of the long one she was on previously.

Following another two weeks of daily injections and check-ups an hour’s drive away, Nicola produced three eggs, two of which survived.

After another two week wait, a pregnancy test proved negative.

After this point, the couple couldn’t face going back to St Mary’s and gave Dr Gillian’s clinic a try.

Despite taking on the expert’s lifestyle guidance and another course of IVF in June 2015, none of Nicola’s three eggs survived long enough.

As Nicola and Mark struggled to come to terms with the crushing disappointment Dr Gillian put her on a string of steroids.

In a last-ditch attempt, and having racked up the staggering bill, Nicola underwent another course and managed to produce three eggs. 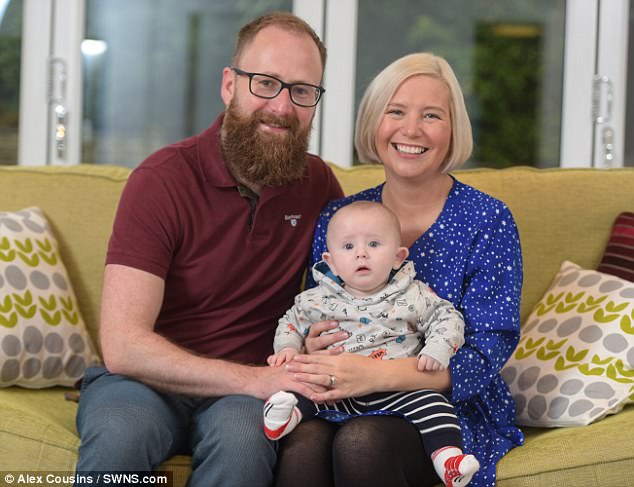 Progress: Mark and Nicola praised the ‘amazing’ advances in science that allowed them to conceive

After a couple more days, a fragmented egg was good enough to freeze for a later date.

Sadly, a negative pregnancy test proved the well-formed egg didn’t take. This resulted in the frozen egg being implanted in September 2016.

A fortnight later, a pregnancy test proved positive and in May 2017 Charles Henry John was born by C-section at St Mary’s hospital.

Nicola said: ‘Without IVF we wouldn’t have our family. Science is amazing. The whole process was totally and utterly physically and emotionally exhausting.

‘But now Charlie is here. He is beautifully a mixture of Mark and I, and is doing well.’