A mum-to-be has turned to the internet to ask for help after the birth mother of her future adopted children demanded she name the babies.

In a post on Reddit, the woman said she and her husband are in the process of adopting newborn twins from a 15-year-old girl who is insisting the babies be named Walter and Agnes.

She said the girl’s family is ‘upset’ with the couple for not accepting the twins ‘real names and has threatened to look for new parents.

‘We’ve been with her all her pregnancy and even if she doesn’t want to be a mother, she will still be able to visit the twins as often as she wants because we live in the same city,’ she wrote.

During the adoption process, the couple excitedly started looking into names and decided on Ellie and Evan.

Who should name the babies?

However they found out the biological mother has also chose names for the twins, the adoptive mother called ‘outdated’.

‘She didn’t choose them because of a relative, just because she thought they sounded cool,’ the woman explained.

‘But even if the names were great, they are still our babies. We will raise them…We insist on naming them. They will also get our last name and legally be our children, which was decided and agreed on five months ago.’

The woman’s dilemma has divided opinions online with some suggesting she stand her ground and even cut ties with the biological mother.

‘I would seriously consider not doing this with this girl. She wants to see them as much as she wants, she wants the names she picked. Sounds like she and her family want someone to foot the bill of babies and not actually give them up, ‘ one person wrote.

‘If you give in on this what will be this family’s next demand? What other decision will they demand to make for your children? If this is their hill to die on, and they will adopt the children out to somebody else it will be heart-breaking, but this is not the (precedent) you want to set,’ said a second.

‘Parents get to name their children. You and your husband will be the parents. It’s not really a discussion,’ a third simply stated. 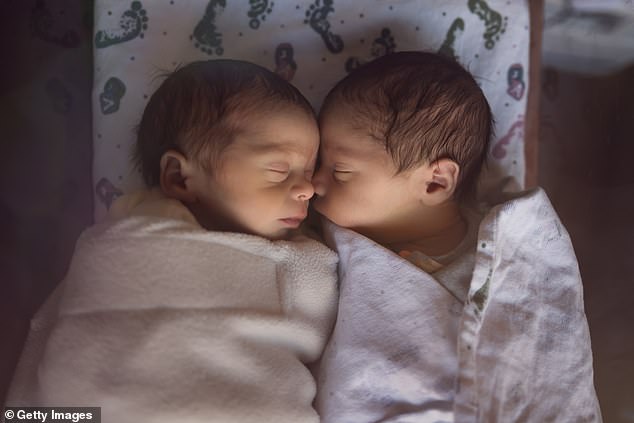 Others supported the birth mother’s right to name the babies.

‘Birth mum is the mum when the children are born, and she is legally the mum until her rights are voluntarily terminated. She can and should name and spend time with her babies before the adoption. It is the right thing for all involved. She has rights and someone should be protecting them,’ a user wrote.

‘She isn’t a surrogate she is a person and she is giving up her biological children so you can have a family. I hope she finds a couple that can be more humane in this situation, and that are excited to be parents regardless what the names are,’ another commented.

‘This 15-year-old girl is giving you the greatest gift one ever could and the only stipulation is the name. Adopting newborns is a rare opportunity. Honestly, she has something so valuable she probably could easily replace you with adoptive parents willing to uphold that one stipulation,’ said a third.