couple travel to 18 countries in 18 months with newborn

Any parent who has travelled with a young child is probably all too familiar with how difficult this can sometimes be.

But for adventure aficionados, Sonita and Riki Cribb, exploring the world with a newborn in tow, has almost become second nature.

The pair, who are originally from New Zealand but are now based in South Korea, set off before their daughter Lilah, who is now 22-months-old, was born.

Speaking to FEMAIL, Mrs Cribb, 27, revealed the couple didn’t think twice about continuing their travels as a family.

Sonita Cribb with her husband Riki and their baby Lilah . The family have no qualms about jetting around the world together

‘We believe that there is nothing more valuable than the memories we create and living in the moment,’ she said.

Since Lilah’s birth in Saudi Arabia, where the family were based at the time, the three have visited more locations in the world than most see in a lifetime.

Mrs Cribb said they started travelling as a family when their daughter was just three-months-old.

‘She’s almost flown her fiftieth flight, with many of them being long-haul flights.’ 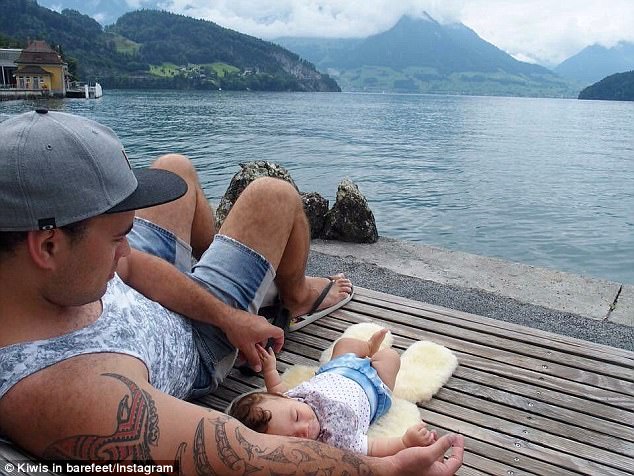 While the parents admitted to feeling a little nervous stepping on to a plane for their daughter’s first flight, extensive planning ensured, for the most part, their travels were smooth.

‘We thought of everything we could do to make the trip enjoyable,’ Mrs Cribb said.

‘We always did our research and would never have taken her somewhere we didn’t feel comfortable.’ 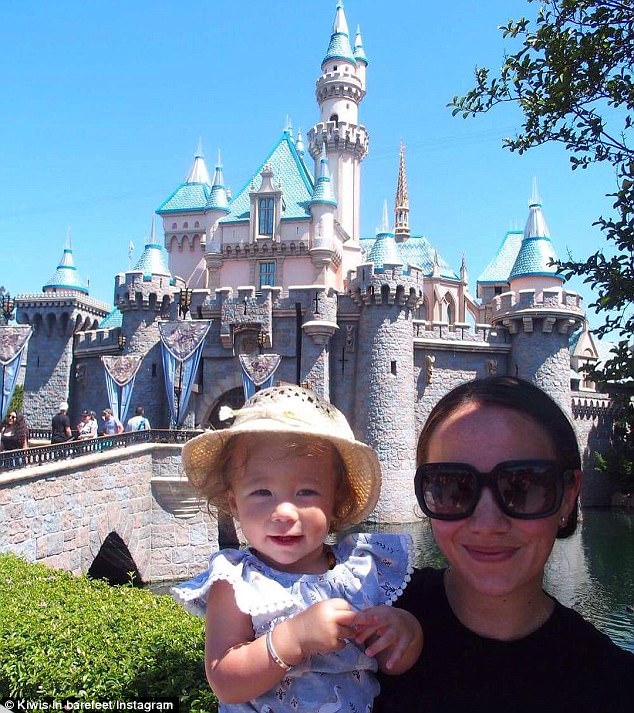 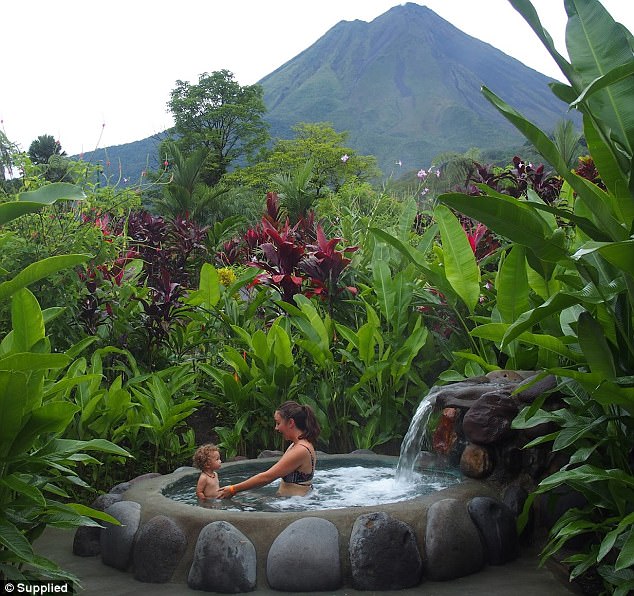 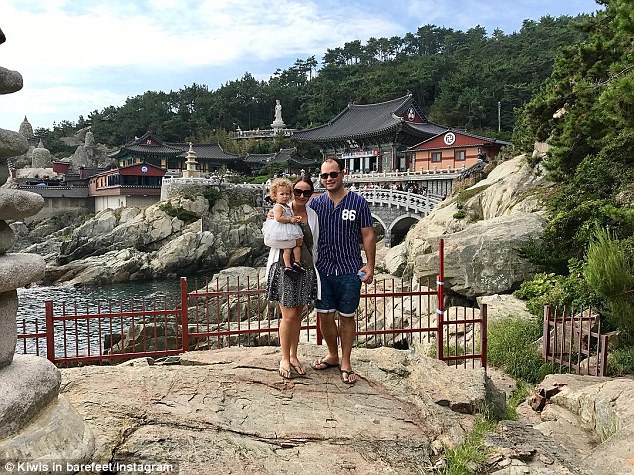 Japan was among one of the countries the family visited together

While they took in the sights and scenery of more luxurious locations such as Italy, Hungary, Austria and Switzerland, there were also visits to places that required a little more on the ground action.

Mrs Cribb recalled one of her most favourite memories was when the family visited the great pyramids of Giza; an experience she called ‘unforgettable’. 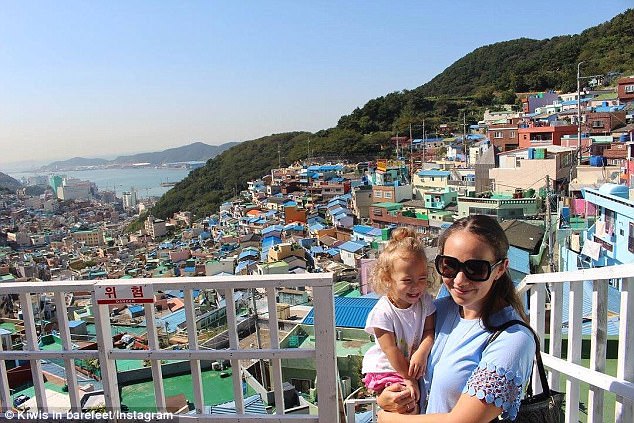 ‘It’s amazing to see how much Lilah takes in as a baby when we are travelling and interacting with locals who speak a different language,’ said the mum-of-one 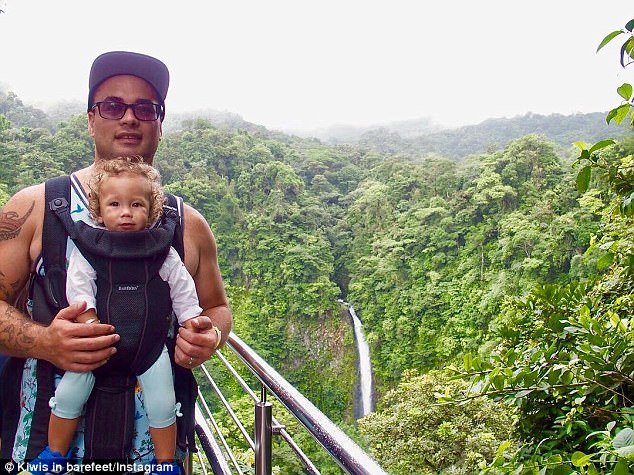 The adventurous mum said trekking through Central America also made for some incredible memories too.

‘Nicaragua was one of the most off-the-beaten places we visited.’

She said the worst of it, during the family’s visit to the country, was trying to navigate through some tricky terrain in a two-wheel drive and with a GPS that wasn’t entirely reliable. 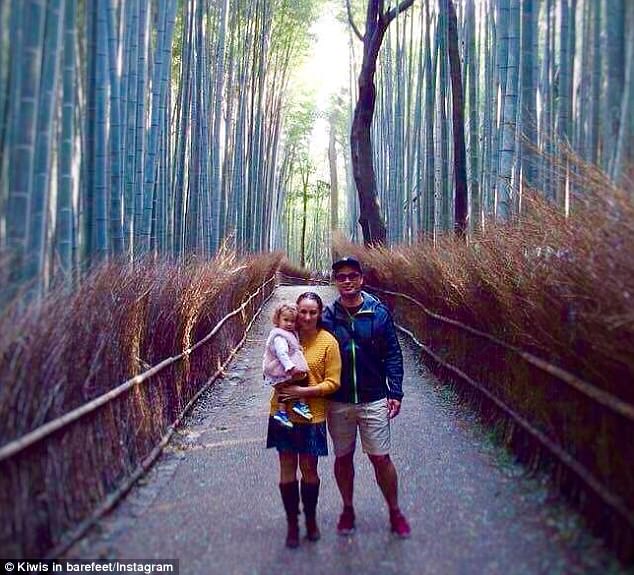 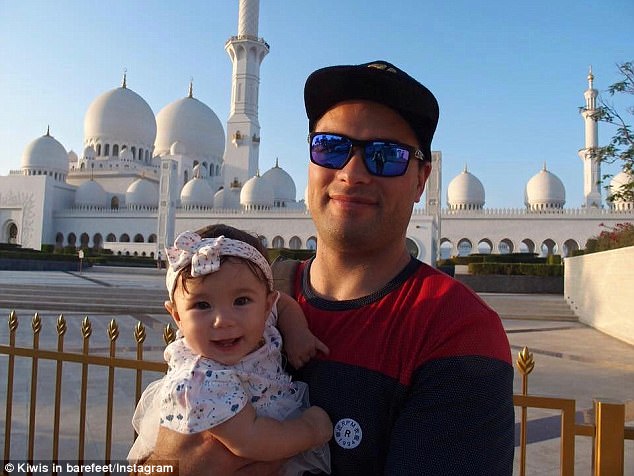 ‘We had never seen roads in such a bad state and there was almost no one around apart from the odd small village.

The Cribbs top tips for travelling with a child in tow

If you’re breastfeeding, make sure you wear comfortable clothing that allows you to feed easily

Include a take-on baby pack with books, toys, clothes, nappies, wipes and snacks

‘It was probably one of the only times we have been a bit worried about what to expect.’

Hair-raising moments aside, Mrs Cribb said there was the thrill of showing their child the diversity of wildlife close-up in places like Costa Rica.

‘One thing we didn’t think about beforehand was Lilah scaring off a lot of the wildlife with her excited little baby noises.

‘It was all part of the fun but the other tourists didn’t quite have the same perspective when the wildlife would disappear.’

Although some might question the logic behind taking a child as young as the Cribb’s daughter on a worldwide travel experience, the family have no regrets.

‘It’s amazing to see how much Lilah takes in as a baby when we are travelling and interacting with locals who speak a different language.

‘She seems to communicate better than us! 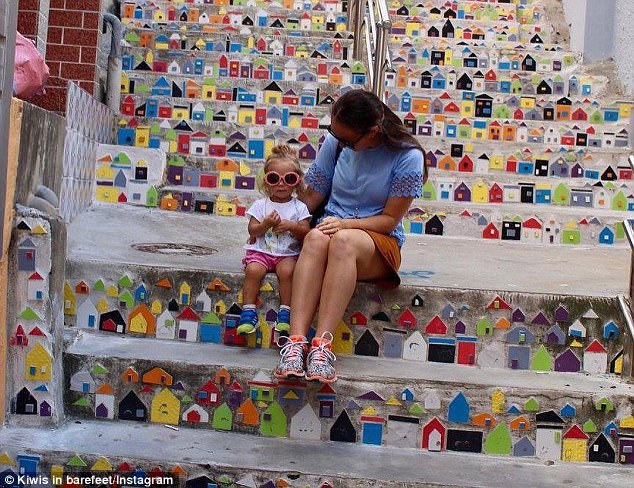 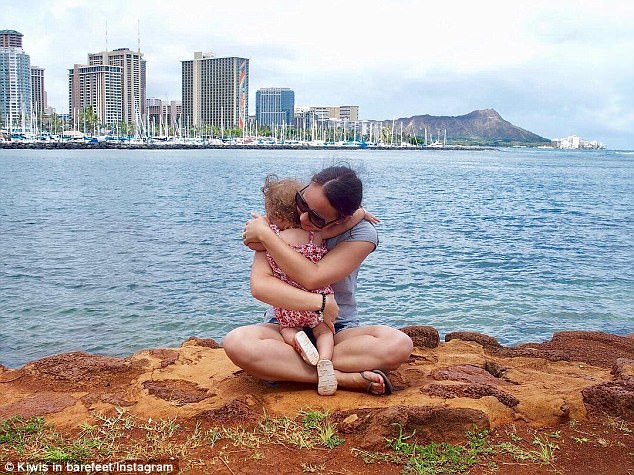 The family are hoping to connect others to the joys of travelling and have been using Instagram and blogging as a way of sharing some of their special moments.

They also want show other parents it’s also possible to travel with a baby in tow, and inspire them if they’re thinking of planning a trip.

‘We still find many people are uncomfortable with the idea of organising a trip overseas with a baby.

‘Hopefully our story can inspire people and provide them with helpful information to give it a go,’ she concluded.