A stunned couple have woken to find a stranger fast asleep on their couch.

Not only were the couple surprised to find the man in their lounge in Baldivis, Perth when they woke, but also to discover that he had helped himself to a bowl of their cereal.

The couple posted a photo to Facebook with the caption: ‘Does this man belong to you? We woke up to a random guy asleep on our lounge…’

The couple went on to joke that the intruder must have had a ‘pretty lit Wednesday night’ the previous evening and urge readers to ‘collect’ the stranger if he belonged to them, before the police did.

Despite their online post suggesting the couple were contacting police to deal with their unwanted guest, they later revealed to ABC Perth that after several attempts to wake the man who was ‘still drunk,’ he eventually woke and left their home willingly. 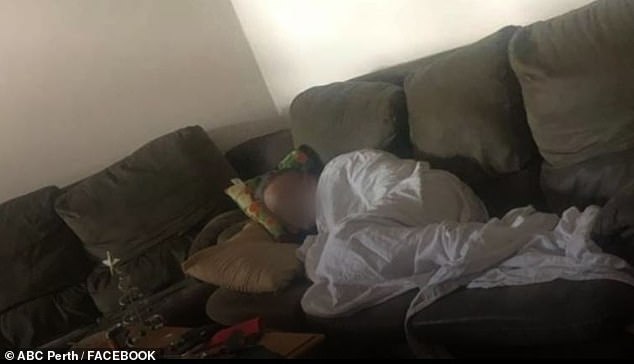 The intruder spent the night at the Baldivis couples home, even helping himself to a bowl of cereal