A couple say they are the victims of a horrendous ’emotional crime’ after they agreed to adopt a baby girl from a woman they met online – but the pregnancy turned out to be a hoax.

Matt and Laura Trayte, from Southern California, made plans with Elizabeth Jones, 34, for months to adopt her unborn baby, who they had named Noella.

The couple had a long struggle to conceive their eldest son Hudson – undergoing two miscarriages and two rounds of IVF over three years. They tried two more rounds of IVF for their second child before giving up and turning to adoption.

However, when they arrived at the hospital to meet the little girl, there was no baby and doctor’s told them Elizabeth Jones, who they thought would be their birth mother, was being treated for back pain, reports the Orange County Register.

Mr Trayte, 40, who is a middle school English teacher, said: ‘This is a case of pure psychological torture. It is an emotional crime.’

After the dramatic discovery in the ER, Laura received a text saying Elizabeth, who has two older children, had ‘lost the baby about two weeks ago’ and didn’t want to tell her as she was ‘scared.’

However, in Facebook messages to Southern Californian News Group, Elizabeth said the baby was alive and that she might still consider allowing the Traytes to adopt her.

She told SCNG: ‘I was never trying to be cruel or mean ever… You have no idea what I have been through in my life and never will.’ 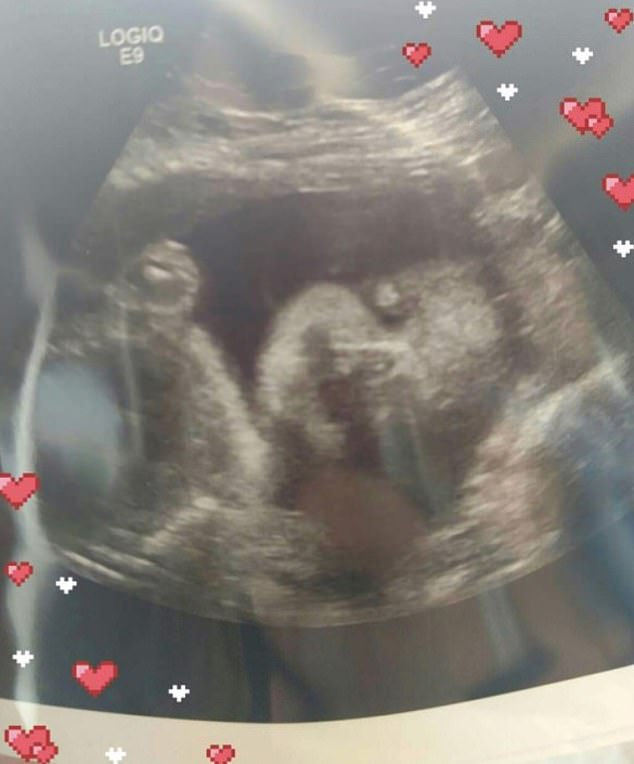 However, she refused to provide evidence that the child does exist and the couple understandably now don’t believe she was ever pregnant in the first place.

They initially spent $16,000 on an adoption agency but when that case fell through the Traytes took matters into their own hands.

They first started speaking to Elizabeth, from Virginia, in September when Laura made a website and GoFundMe page called ‘A Sibling for Hudson’ and wrote a post on social media saying they were looking for a birth mother.

She then paid $15 for Facebook to boost the post and got a message from Elizabeth Jones, who said she was an army veteran. She claimed her husband didnt want to raise the child because they couldn’t support a third baby. 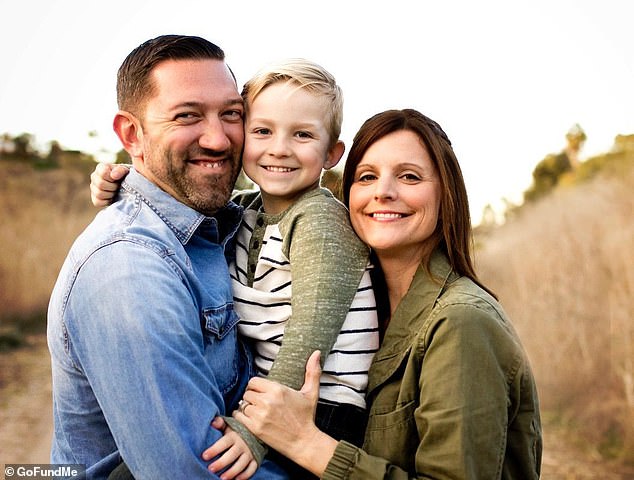 Matt and Laura Trayte (pictured with their eldest son Hudson) planned to adopt a baby girl as a second child but when they turned up at the hospital expecting to find their birth mother in labor, there was no baby

The Traytes said they felt Elizabeth was genuine about the adoption as she didn’t ask for any money. They turned down two other birth mothers for her.

They spoke several times a day, discussing plans for the nursery and with Laura receiving messages saying she’d be ‘such a good momma to baby girl.’

Elizabeth even sent three pictures of ultrasounds, however one of them had a date of 2012, but she told the Traytes that was just a mistake by the nurse.

She stared at me with dead eyes. There was no remorse

When Laura flew to Nickelsville, Virginia, to meet Elizabeth the pair posed for pictures and even went to a lawyer to sign a Durable Power of Attorney.

Elizabeth gave Laura a teddy bear with what she claimed was a recording of the baby’s heartbeat inside and posed for pictures, letting Laura touch her belly.

She even took her to a doctor’s appointment before it was suddenly ‘rescheduled’ to a different room so Laura couldn’t reach it.

Because she never asked for money, the couple dismissed their fears.

On November 29 Elizabeth said she was due to be induced at a hospital in Kingsport, Tennessee, at 9.30am, just across the border from where she lived in Virigina.

However, hours before Laura received a message saying Elizabeth had gone into labor and was on the way to hospital with a ‘life-saving crew.’ 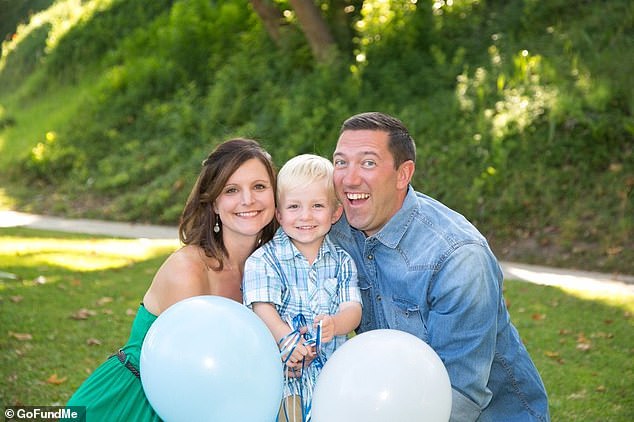 While en route to the hospital Elizabeth texted the family to say there’d be another change of plans and she was going to a hospital with a Neonatal Intensive Care Unit at Holston Valley Medical Center and also sent pictures of bloody blankets.

The Traytes rushed to the hospital with Laura Trayte calling a breathless Jones and coaching her over the phone.

She told Trayte she had given birth texting: ‘I’m sorry I have to push her out. I can’t keep her in any longer.  Yes yes yes. Her head is out. I gotta push again.

They told staff to expect an ambulance coming with a baby being delivered at 33 weeks, believing Jones was behind them.

Writing on her GoFundMe page Laura said: ‘I went from coaching her through labor on the phone as we drove to the hospital to meet her to standing in the NICU surrounded by nurses waiting for a baby that would never come, in one morning.’

The Traytes said when they arrived at the emergency room Elizabeth was fully clothed and claimed she didn’t know them to a hospital case worker.

Laura said: ‘She stared at me with dead eyes. There was no remorse.

‘We are devastated and broken and trying to explain to our six year old why he doesn’t have the sister he thought he was going to have.’

The Traytes have talked to the district attorney’s office in Scott County, Virginia, but there has been no criminal charges filed.