Couple who proposed on Cannes red carpet are a club owner, 63, and reality TV star, 25

The besotted couple who got engaged on the red carpet in Cannes last night are a millionaire Greek club owner and a Portuguese reality TV star, Mail Online can reveal.

Milos Kant, 63, dropped to one knee in front of banks of photographers and offered a ring to 25-year-old girlfriend Marguerite Aranha, which she gleefully accepted.

The couple have had a whirlwind romance and only began dating on April 15.

It seems they met while she was performing as a topless dancer in The Princess Club in Lucerne, Switzerland, which he co-owns.

Miss Aranha is well-known to Portuguese TV audiences as the winner of the second season of Love on Top, a Love Island-style show where singletons – including members of the public chosen via an app – compete for a prize. 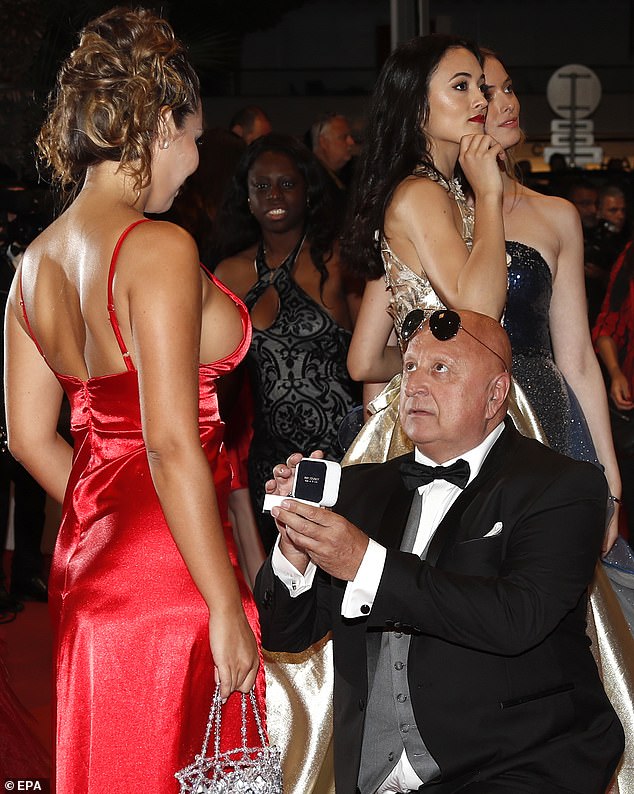 Mr Kant was pictured down on one knee on the red carpet as he proposed to Miss Aranha, who gleefully accepted the ring 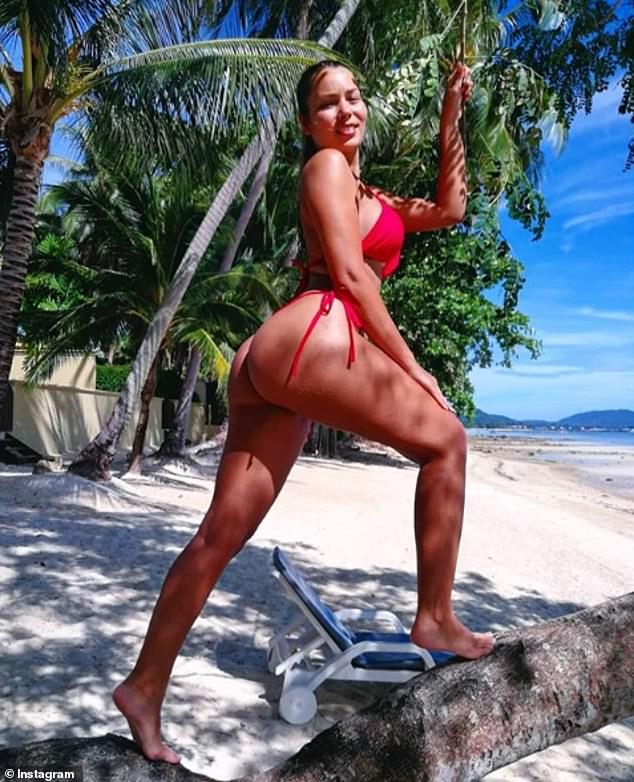 Miss Aranha is known to Portuguese TV show audiences as the winner of the second season of Love on Top, a Love Island-style reality show 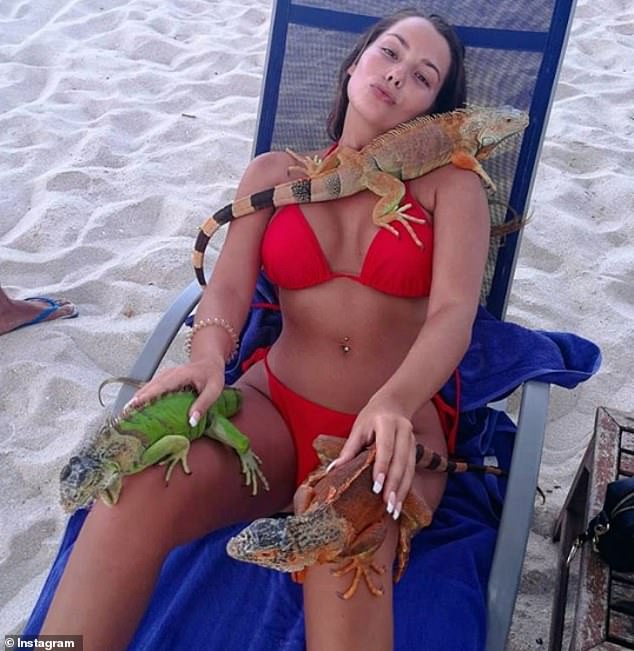 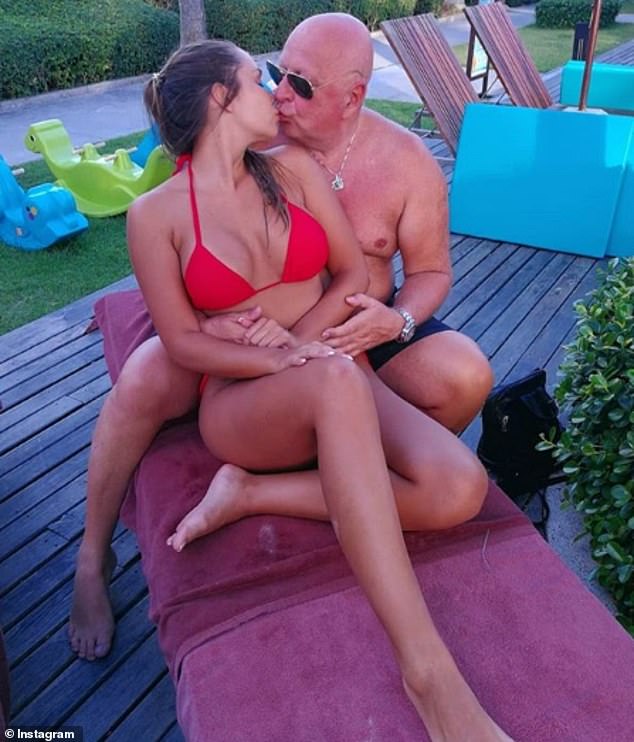 Since then they have been on holiday together in Thailand, moved in together, and last week Mr Kant went to meet Miss Aranha’s family in Portugal

Since scooping the female crown in July 2016 – there is also a male winner – Miss Aranha has been working as a model, regularly posting shots on Instagram.

From The Princess Club’s Instagram account, it appears she began performing there some time around early April this year as part of their Viva Portugal nights.

Videos from the night itself shows scantily clad male and female dancers performing in front of the DJ booth, one of whom is Miss Aranha. Inside the booth, just a few feet away, is Mr Kant.

On April 15 the couple announced they were officially dating, causing a sensation among Portuguese gossip sites because of their near 40-year age difference.

But Miss Aranha has repeatedly brushed off the criticism, writing in one recent post: ‘When love is not madness it is not love.’

Mr Kant has also angrily rebuffed suggestions that he is old enough to be her father. 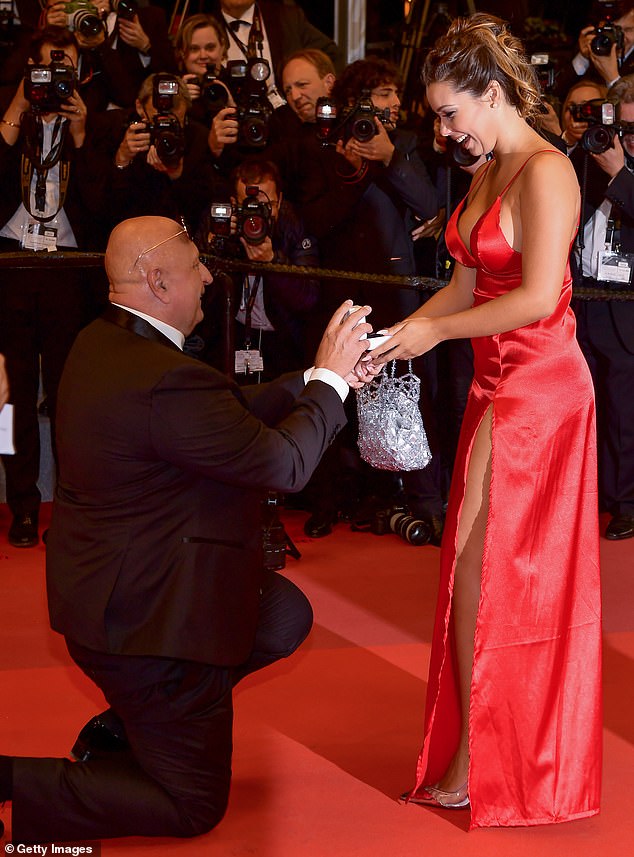 The couple’s relationship has caused a stir in Portugal thanks to the near 40-year age gap between the two, but they have rebuffed suggestions that it is inappropriate 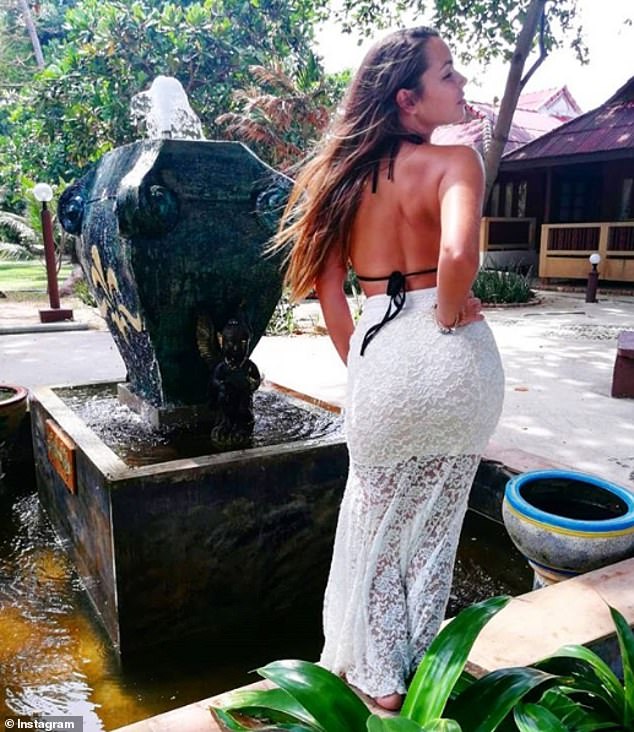 Around two weeks after the pair started dating, they jetted off to Thailand where they spent another two weeks riding elephants, lounging on beaches and posing for photos 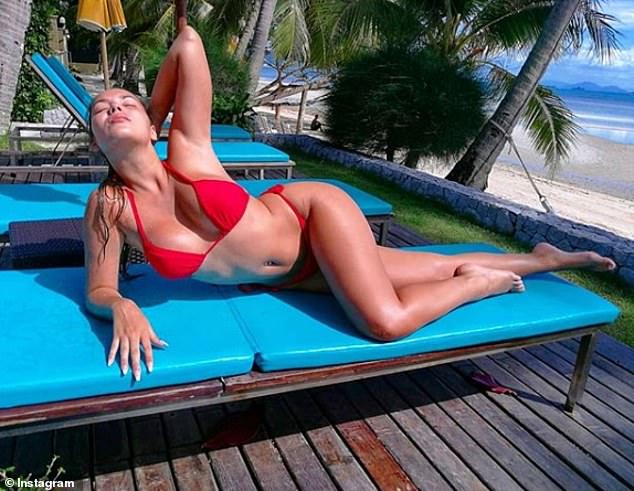 Miss Aranha worked as a model for some time after appearing on TV, before getting a job dancing in Mr Kant’s club at his Viva Portugal night 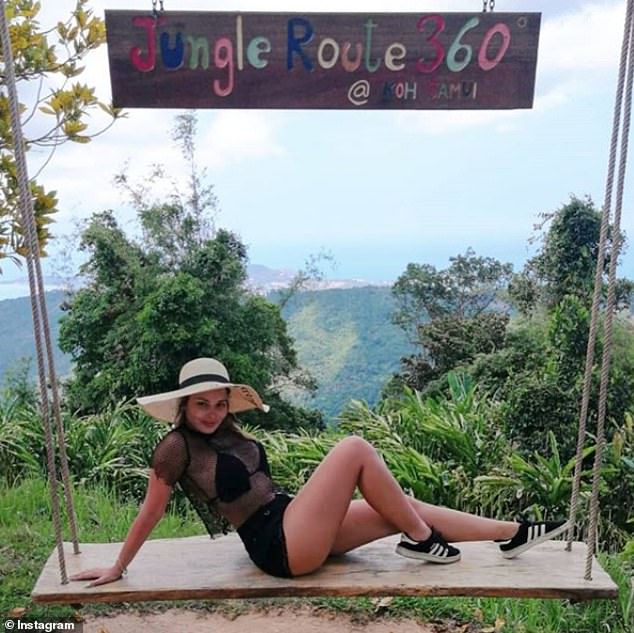 Shortly after returning from this holiday in Thailand, Miss Aranha (pictured) took Mr Kant to Portugal to meet her family

Responding to one cruel comment on Instagram, he said: ‘You don’t know anything, you’re envious and have nothing to do but write s***.

‘I do not care what you say at all, but do not talk about Marguerite that way.’

A month ago the pair jetted off to Thailand together where they spent their time riding elephants, lounging on beaches and sipping cocktails, before returning to Switzerland.

Landing two weeks ago, Miss Aranha appears to have moved in with Mr Kant, posing an image of herself with a trolley full of food, a coffee maker and other appliances, writing: ‘My house is not mine anymore.’

A few days later, she was promoted to managing director of The Princess Club, and on May 16 Selfie reported that Mr Kant had gone to Portugal to meet her family.

Last week, she published a photo of herself in the Évora District, west of Lisbon, with two women who appear to be her mother and sister.

Then, on Thursday night, she was pictured on the Cannes red carpet wearing a low-cut red silk dress with a thigh-high split on both sides with Mr Kant, who dropped to one knee to propose. 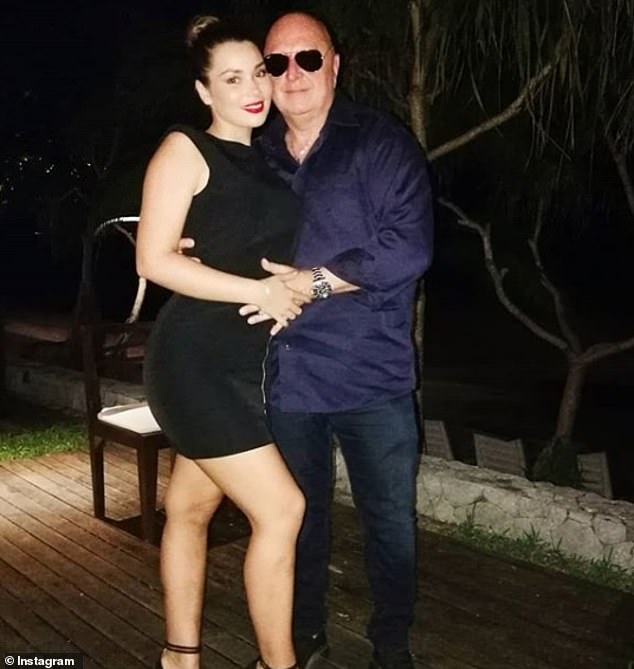 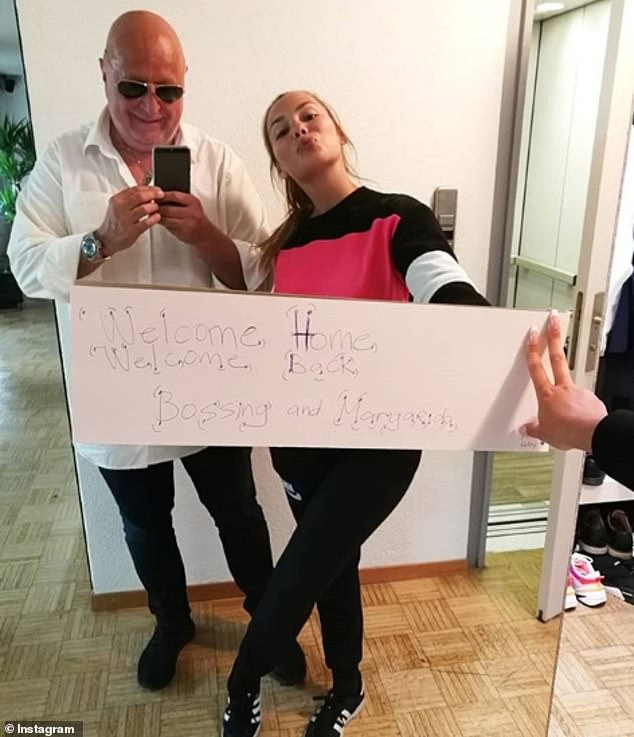 After returning from holiday, Miss Aranha moved into Mr Kant’s house which they again announced via Instagram 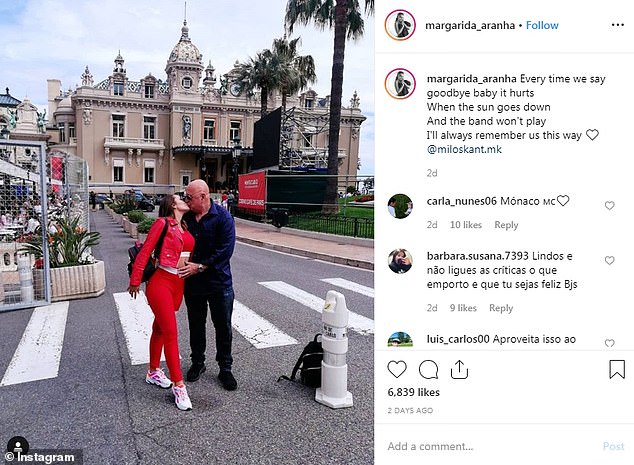 This was Miss Aranha’s last post before the proposal, in which she waxed lyrical in the comments section over her feelings

After a moment of shock she gleefully accepted and jumped to her feet so the pair could share a kiss before walking into the film – French drama film Mektoub, My Love: Intermezzo.

Neither partner has posted on social media since, and it is not clear when or where they will get married.

The 72nd annual Cannes Film Festival is currently taking place from May 14 to May 25.

From Pamela Anderson to Dua Lipa, the great and good of the movie and music world mingled at the Cannes Film Festival’s most glamorous fixture on Thursday night, a fundraiser for AIDS research where stars including Mariah Carey took to the stage.

Reality TV star and model Kendall Jenner, actors Antonio Banderas, Andie MacDowell and Pamela Anderson, and designer Tommy Hilfiger were among guests at the swanky AmfAR dinner on the French Riviera, put on by the U.S.-based Foundation for AIDS Research.

Attendees and AmfAR representatives said this year’s event – which also featured crooner Tom Jones singing some of his hits including “Sex Bomb” – was particularly poignant, following medical breakthroughs in trying to find a cure for AIDS.