Couple who shared their first kiss aged five, have rekindled their romance after 36 years apart

A love-struck couple, who shared their first kiss aged five, have rekindled their romance after 36 years apart.

The contact centre manager lost contact with Duncan when he joined the RAF at 19 – but 36 years and five children later – the childhood sweethearts bumped into one another at a local supermarket.

The couple have been inseparable ever since – and they even got engaged in October 2019.

Mum-of-three Emma said: ‘My perfect man was in my life all along, I just didn’t completely realise until I was 41.

‘I remember making daisy chains together on the school field when we were five – Duncan lent round to kiss me. I blushed and gave him one back.

‘He was the first boy I had ever kissed and when I was 11-years-old, I kissed him again. 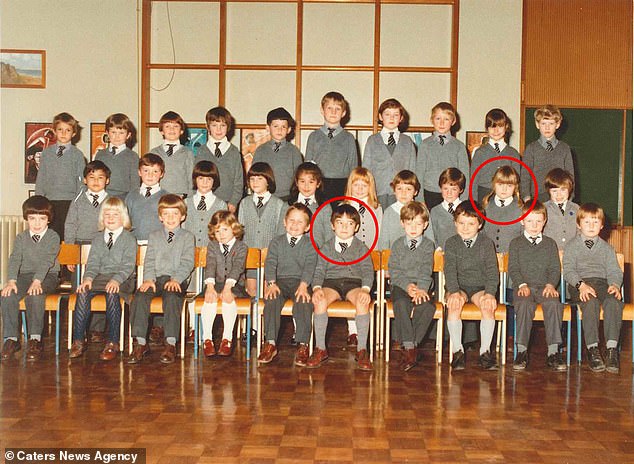 The contact centre manager lost contact with Duncan when he joined the RAF at 19 – but 36 years and five children later – the childhood sweethearts ‘bumped’ into one another at a local supermarket. The pair are circled in their class picture from 1982

‘We were close throughout our time at school and we always attended one another’s birthday parties.

‘I will always remember Duncan wearing shorts and his husky voice which has since disappeared. On our first date I said to him “You’ve gone all posh”.

‘After secondary school, we both went on to have our own families during this time, however, I always knew Duncan was still local with his family because our daughters Holly and Ellie, both 25, were good friends at school.’ 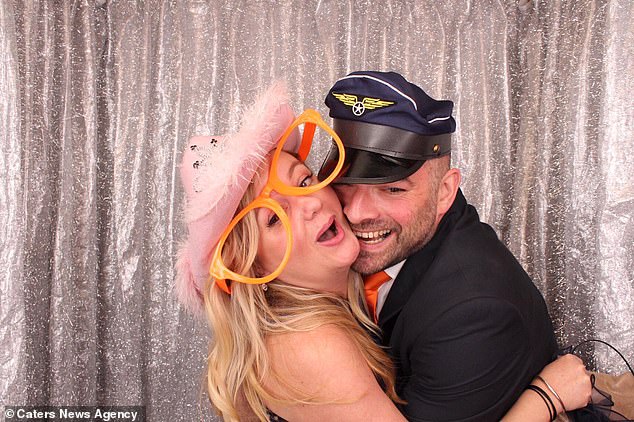 The couple, from Milford-On-Sea, Hampshire, have been inseparable ever since getting back in touch – and they even got engaged in October 2019. They are pictured at a friend’s wedding

The couple rekindled their childhood romance after first speaking to one another online.

She adds: ‘I felt quite taken aback when he messaged me on Facebook the first time after seeing him in Tesco a few weeks prior.

‘I didn’t realise he would still think of me in that way.

‘Duncan had become single and unbeknown to him I was also single. 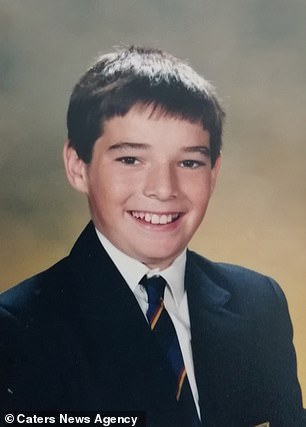 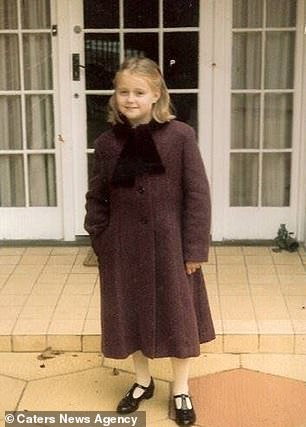 Mum-of-three Emma said: ‘My perfect man was in my life all along, I just didn’t completely realise until I was 41. Pictured left is Duncan as a schoolboy and right, Emma as a child

‘I had been divorced for three years and Duncan’s was finalised just a few weeks before we saw each other.

‘We had so much to talk about as we hadn’t had a proper conversation for years and I had forgotten how funny he was.

‘I just felt kind of warm and content when we chatted and after a few weeks – we went on our first date.

‘It was a gorgeous summer’s evening and Duncan took me to a restaurant – the night was perfect and simply flew by.

‘I remember sitting down in the busy outside area in the sunshine, early evening and then realising in a blink of an eye, it had gone dark and everyone around us had gone.

‘We spoke the next day and haven’t stopped since. 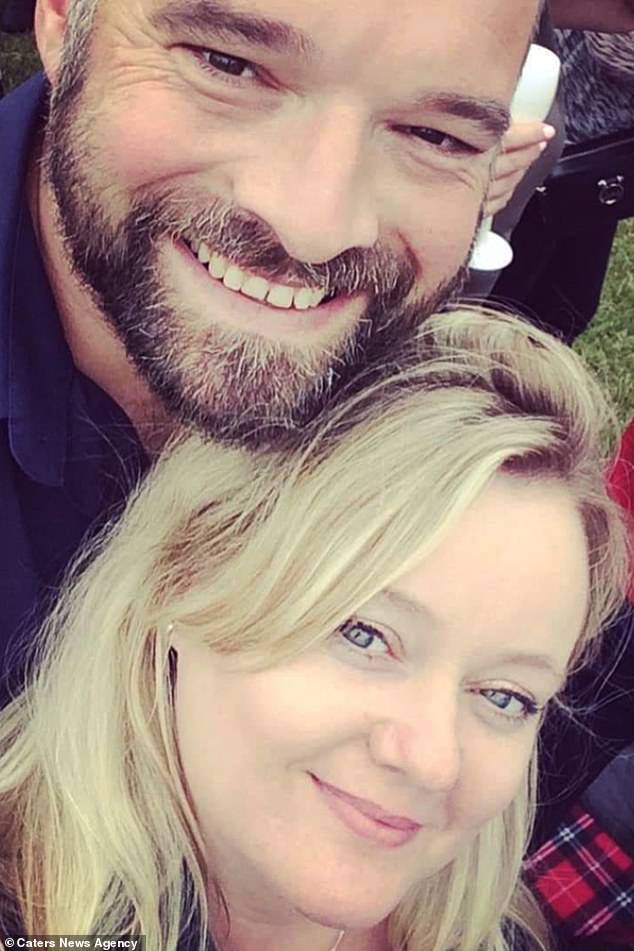 ‘He was the first boy I had ever kissed and when I was 11-years-old, I kissed him again,’ said Emma, recounting first kissing Duncan aged five, then again six years later

‘I could never have imagined us having that instant connection in our adult life again so many years later.’

Duncan proposed to Emma in Crete last October – they have since entered a Balmer Lawn competition – a luxurious hotel and spa – and hope to win the winter wedding of their dreams.

They are currently relying on strangers to vote for their love to story to win a jaw dropping venue, catering for 50 people as well as free accommodation for the bride and groom on the night, along with a wedding video.

Emma said: ‘I have already won because I have my Dunc, but to win this would be a cherry on the already wonderful Bakewell! 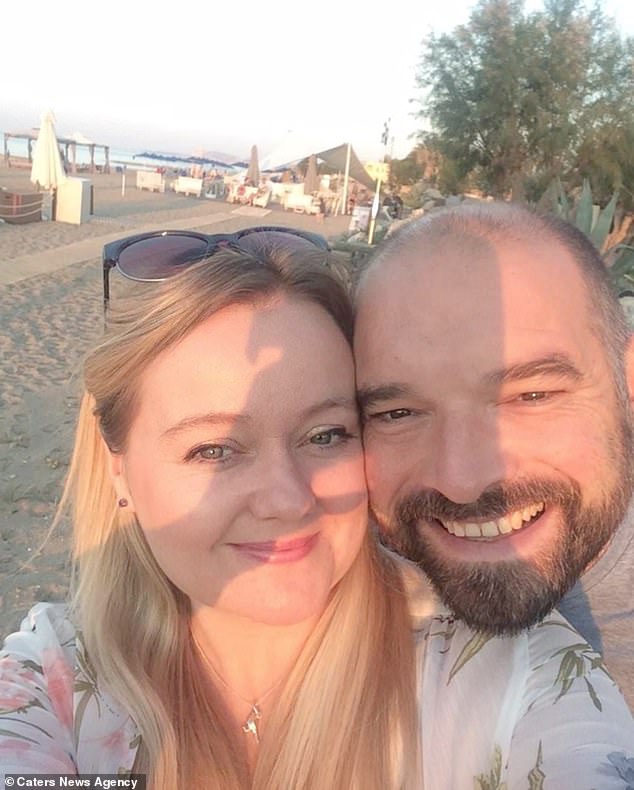 ‘We feel all those breaks in the journey have led us to where we are now.

‘We are meant to be and it seems like it may always have been – there have been too many synchronicities along the way.’

Duncan, who works in operations, said: ‘Emma was the first girl to make me have butterflies in my stomach, a feeling that I can recall now.

‘Although sharing a second kiss at the age of 11- a first for both of us in terms of love – we went on to remain good friends during secondary school until we both went our own way.