The coronavirus has forced a bride and groom-to-be to cancel their special day months after their original wedding venue burned to the ground during Australia’s bushfire crisis.

Max Allin, 34, and fiancé Greta Geninson, 31, both doctors, planned to get married on April 11 at the Kangaroo Valley Bush Retreat, south of Sydney.

But the couple instead spent what was supposed to by their wedding day working at the emergency department of Geraldton Regional Hospital in Western Australia, 4,000km from their home in Sydney.

When they got the news their wedding venue perished, Ms Geninson’s mother found a last minute venue in Berry for the same date, The Sydney Morning Herald reported.

However, couple were forced to cancel the wedding two weeks ago after tough government restrictions banned any more than five people from attending nuptials, including the bride and groom.

Mr Allin and Ms Geninson flew into Geraldton when they returned from their trip overseas and were due to stay for two weeks working at the regional hospital.

The couple are usually based at Sydney’s Royal North Shore hospital as emergency medical trainees but chose to stay in Western Australia when the state’s borders closed.

‘When we got back, we were only actually due to be here for two weeks, we were going to be in Sydney again. But then when all this happened when they closed the borders we just thought we’d stay here,’ Mr Allin said. 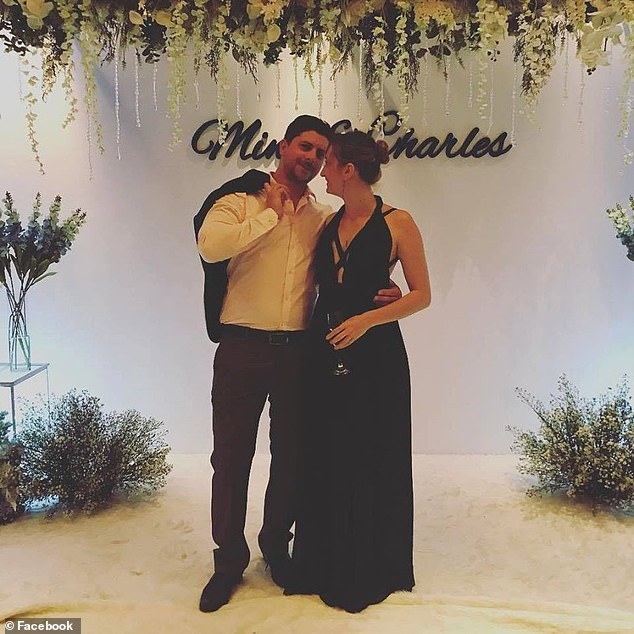 The couple (pictured) planned to get married on April 11 at the Kangaroo Valley Bush Retreat, south of Sydney

‘Greta is Jewish and she’s convinced that this is happening because she ate a piece of Christmas ham.’

Mr Allin took to Facebook on Saturday and shared a picture from the hospital with his fiancé holding signs reading: ‘We should be getting married today but instead we went to work for you. So stay home for us.’

‘Supposed to be surrounded by our friends and family today, but instead Greta and I are working and only able to speak to those people via the internet,’ he wrote alongside the image.

‘It’s a strange world we live in now. Stay home so I don’t feel like we are missing out for nothing!’

The couple are hoping social distancing laws will be relaxed so they can finally get married on September 25. 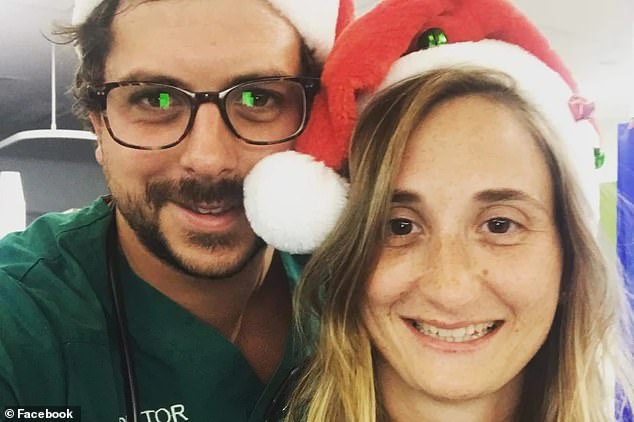