A married couple who lived apart for 20 years despite sharing a 12-year-old son have finally moved in together – but still sleep in separate rooms.

Claire Burke, 54, and her husband David, 48, originally Bradford, lived in different houses throughout their relationship, calling it the ‘secret’ to their happy marriage.

Speaking on This Morning today, the unconventional couple told hosts Phillip Schofield and Rochelle Humes they decided to finally cohabit because they were struggling to find a school for their son Jay, who has Down’s syndrome, after firefighter David was offered a new job.

They revealed they are still adapting to living together and sleeping in separate beds – admitting they can’t get through a single night in the same room.

Claire Burke, 54, and her husband David, 48, from Wetherby, West Yorkshire, lived separately in spite of being wed and sharing a son, Jay, 12, together. They have finally moved in together after 20 years apart

Claire told how they tried to share the same bed on the first night of moving in, but eventually parted.

David joked that ‘a good night sleep’ was not something the couple were prepared to sacrifice as a result of their move.

Claire explained that they decided to move to Wetherby, West Yorkshire after finding it difficult to pick the right school for Jay. 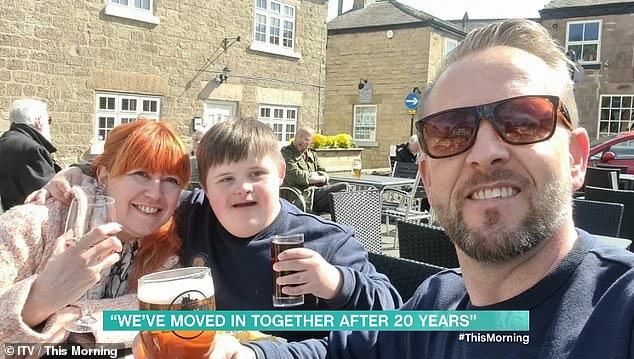 The couple struggled to find a high school for their son Jay, 12, who has Down’s syndrome, and decided on Wetherby 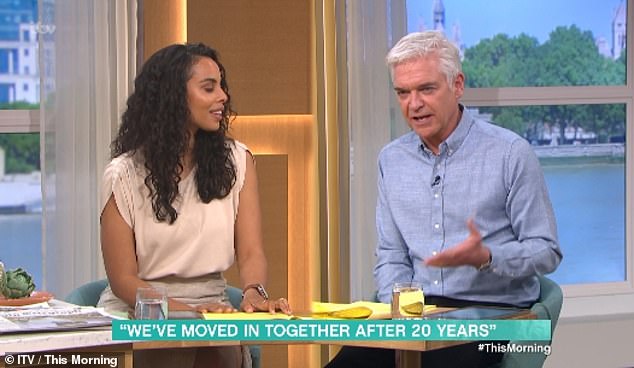 Phillip pointed out that even though they now live together, the couple still have separate beds and don’t sleep together 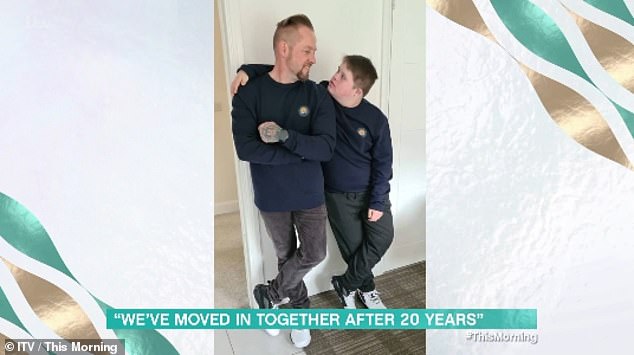 The coupe said their son Jay, pictured, is truly happy to finally have his parents living together

What is Down’s syndrome?

Down’s syndrome is a genetic condition that typically causes some degree of learning disability and certain physical characteristics.

Screening tests can uncover Down’s syndrome during pregnancy but are not completely accurate.

It is caused by an extra chromosome in a baby’s cell due to a genetic change in the sperm or egg.

The chance of this increases according to the age of the mother. A 20-year-old woman has around a one in 1,500 chance of having a baby with Down’s syndrome. Women in their 40s have a one in 100 chance.

There is no evidence women can reduce their chances of having a child with Down’s syndrome.

Down’s syndrome does not have a cure. Treatment focuses on supporting the patient’s development.

‘That’s what tipped it over, moving in together,’ she said.

David said the couple had been ‘lucky,’ for the past 20 years, adding: ‘I’m a firefighter, I work shifts, and we spent so much time together anyway, probably more than people who actually live together.

‘We do know each other in and out, so there was no real surprise. We still managed to keep a little bit of space and a little bit of independence and it wasn’t such a big adjustment, not as big as we thought it would be.’

He added: ‘It’s not something we decided lightly; it’s nice to have a home together.’

Phillip asked the couple whether the move had happened at the perfect time or whether they wished they had taken the plunge sooner.

‘It was definitely the right time, I don’t think there was a question that this would have worked sooner,’ Claire responded.

‘Everything happens at the right time for the right reasons,’ David agreed.

The couple revealed their son was over the moon to have his parents living together at last.

David added that he is close to retiring from being a firefighter and is pleased to have a nest where he can enjoy retirement with Claire.

They added that while the last year has been ‘awful for everybody,’ they are now looking forward to a night away from home this week.