A Texas State University student earned viral fame for her sweet fourth anniversary tribute to her boyfriend – but not for the reasons you might think.

Hailey Thomas, 19, followed in the footsteps of many millennials before her by sharing a romantic snap of herself and her boyfriend Westin McMakin, 20, on the social media site, along with a witty pun-filled caption which read: ‘I guess you could say we’ve been dating FOURever.’

But while many of the couple’s friends commented sweet congratulatory messages, one person took it as an opportunity to try and break the couple up, leaving his own incredibly cheeky pun-fueled comment, which read: ‘Seems like it’s time FOUR a change hehe,’ a post which has gone on to become the focus of a great deal of viral attention, after Hailey shared the audacious note with her followers.

Homewrecker! Hailey was shocked when a boy – who she said she is not close to – commented on her photo saying it was time ‘FOUR a change’ alluding the pair should finally split

Her post left Twitter users in stitches, racking up over 6,000 retweets and over 31,000 likes, with fans shaking their fingers disapprovingly at the bold commentor who disrespected the couple’s four-year-strong relationship.

The couple was shocked with the response, but they had a laugh at the same time, and Hailey insists they remain unshaken by the bold post, thanks to their long history.

‘We have been dating since sophomore year of high school, he is my best friend!’ Hailey gushed to Daily Mail Online on the couple’s close knit relationship.

‘I think he was in one of my classes last year, but I don’t really know him,’ Hailey said of the commentor.

But many online followers weren’t shocked by the boy’s audacity, and it sparked an entire new stream of comments applauding the man’s boldness.

Shoot your shot! Hailey shared the hilarious and unexpected comment on Twitter were it spiraled into viral fame racking up 6,382 retweets and 31,848 likes, and surprising comments 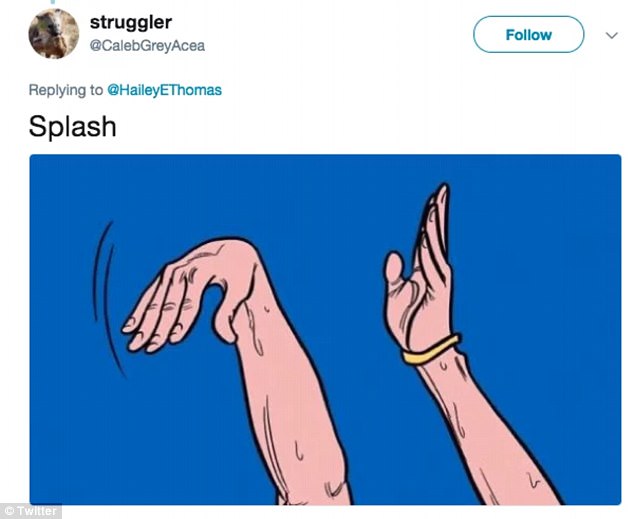 Swish, swish! In response many males responded with applause for the man shooting his shot with Hailey, and her feed was filled with basketball imagery and shot shooting quotes 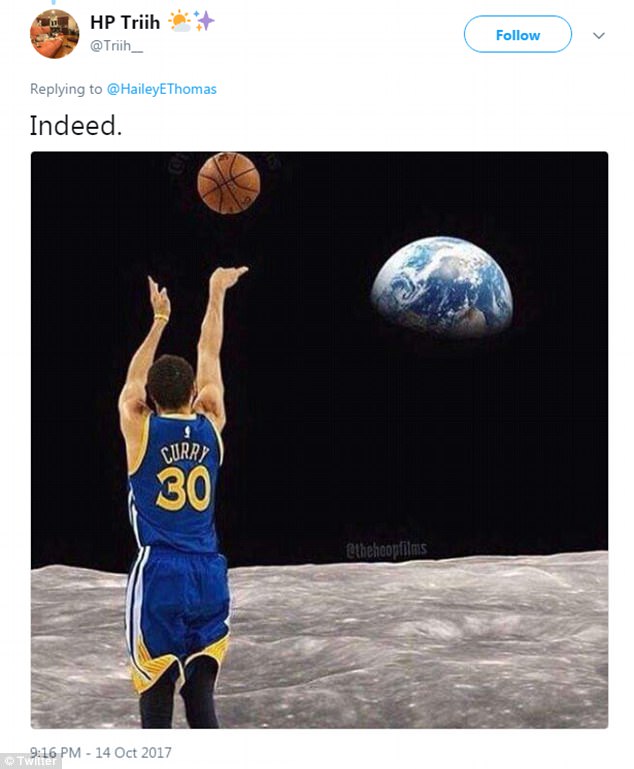 Shoot for the stars! Many users found no problem with the user’s cheeky comment and admired his far fetched and courageous flirting attempt 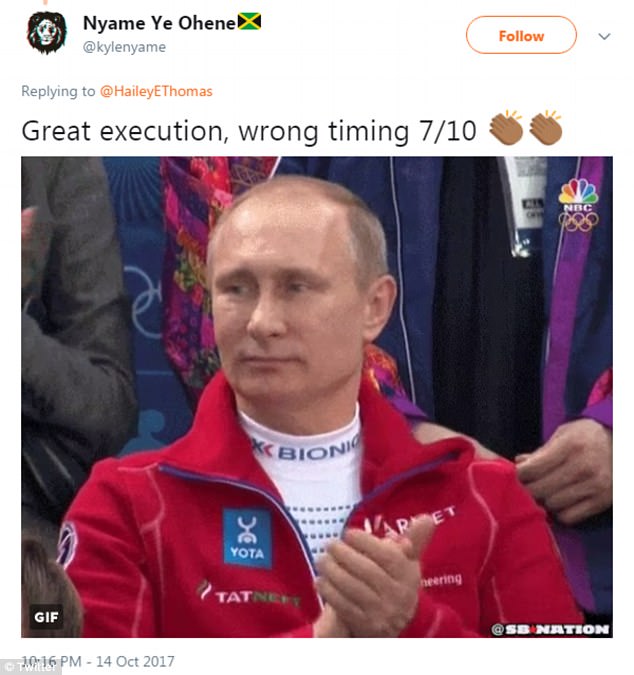 Maybe next time! Several found the message crude, but had to admire the man’s boldness

Suave! Several women, on the other hand, found his comment to be a hilarious flop and failure

Comedian in the making! But at the end of the day the audacious user gave most fans a laugh

‘Shooters gotta shoot,’ one user Chris responded to her tweet.

‘You miss every shot you don’t take,’ another young man echoed.

‘Let a king shoot his shot,’ another shared.

And dozens of males replied similarly, with photos and gifts of basketball shots and football punts.

Within hours Hailey was overwhelmed with so many messages she tweeted, ‘If I had a dollar for every time someone quoted this with “shooters shoot” I would have at least enough for Chipotle right now’.

‘At this point I think I could afford Chipotle every day for a long time,’ she added.

And despite her curt response to the flood of unwanted responses, still some tried to warm up to her. 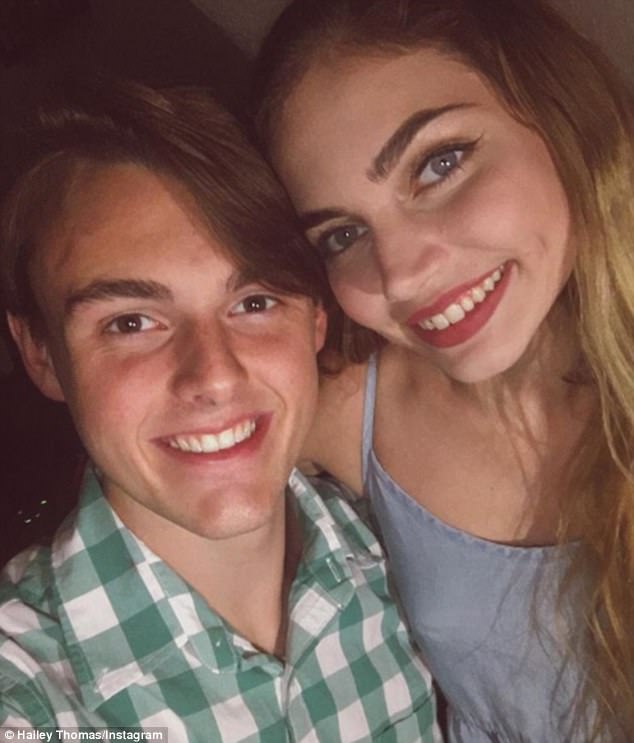 Together forever! Westin and Hailey never responded to the comment, but share that it gave them a good laugh and they aren’t taking the message too seriously 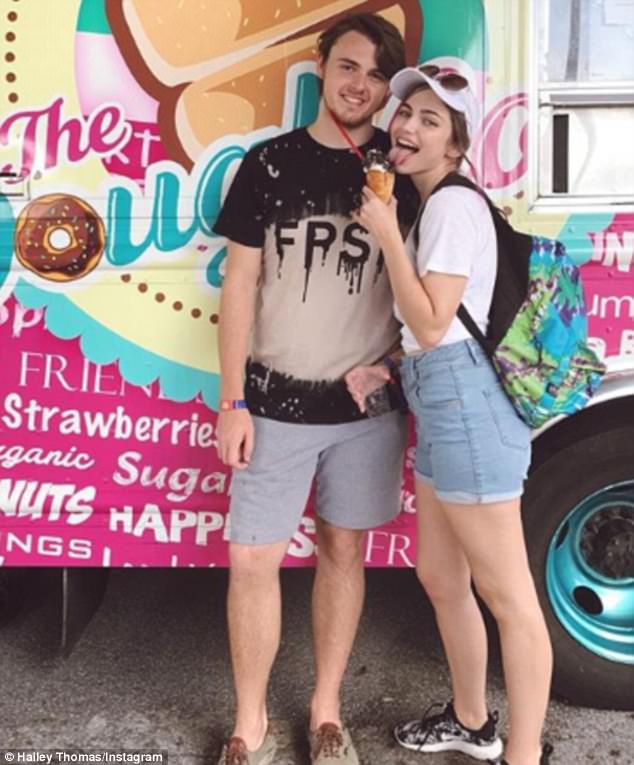 Sweet stuff! The couple, who met sophomore year in high school, reveal that they’re not going anywhere anytime soon no matter how many people ‘shoot their shot’

I’d be rich! Hailey was floored by how many ‘shoot’ messages she received from males online 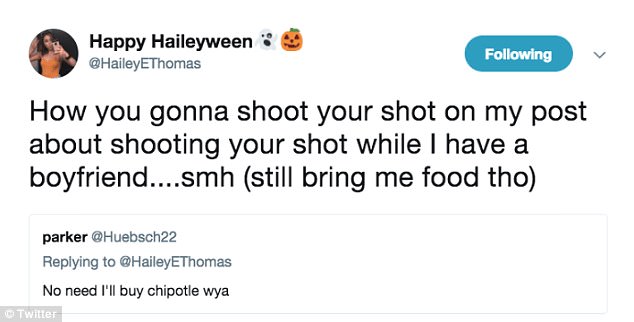 The last straw! One emboldened Twitter user saw her rant about the Instagram comment as an opportunity to try to smooth his way onto her good side, but it predictably failed

‘No need, I’ll buy Chipotle where you at [sic],’ a man named Parker tweeted.

‘How you gonna shoot your shot on my post about shooting your shot while I have a boyfriend….shake my head (still bring me food tho) [sic],’ Hailey replied.

Despite the hilarious stream of online comments applauding their man in question’s bold response, Hailey and Westin preferred to not reply to his crazy comment.

‘No, we never responded to the initial comment, but I did direct message him a few times to see if he was interested in commenting in interviews (he wasn’t),’ she shared.

Although he may not want to claim the spotlight for his words, Hailey and Westin are reveling in their newfound fame.

‘It has been really funny, people I haven’t talked to in years have reached out to me over it. Every time I talk to my mom she asks when I’m going on Ellen!’ she shared.