Thinking of booking a romantic getaway with your new love?

Before you do, check the calendar, because if you haven’t been dating for at least seven months, it’s likely to be a disaster, a survey claims.

As many as one-fifth of couples who go on holiday together before the seven-month mark break up when they return home, the study showed.

The survey, commissioned by exclusiveprivatevillas.com, questioned 1,500 Brits. Of those a further eight per cent said they couldn’t wait unit they got home and ended things while on the holiday itself.

While one in 20 said they actually broke up with someone they were seeing on the journey to their destination.

Overall, 12 per cent of Brits admit they have had more than one truly disastrous holiday with a loved one in their lifetime.

The study also found that almost half of Brits (46 per cent) said going on holiday too soon with a new love means you risk not knowing each other well enough to cope with spending so much time together.

A third admitted to having had a disastrous holiday with a partner and 38 per cent claim it can be the kiss of death for a romance, as it may reveal bad habits too soon.

Almost one in three (30 per cent) believe the stress of travelling can be too much to go through with someone you don’t know well. 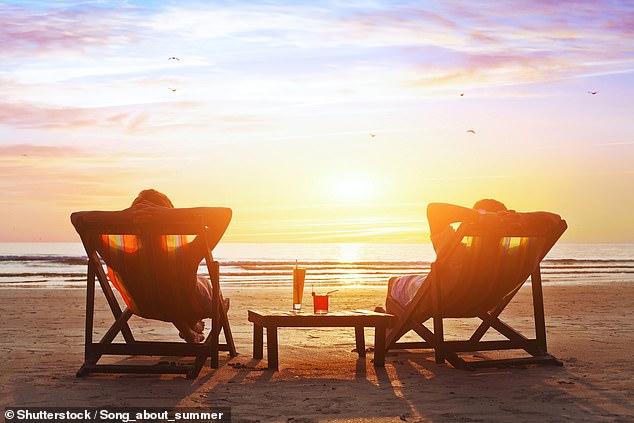 TEN MOST ROMANTIC LOCATIONS FOR A COUPLE’S FIRST HOLIDAY, ACCORDING TO BRITS

The research also revealed that 29 per cent of the Brits worry that holidaying too early in a relationship can realising there’s no mutual attraction and 28 per cent said had concerns about a break revealing an intolerance of other cultures.

Fourteen per cent, meanwhile, thought that holidaying together too soon could reveal a new partner’s ‘smells’, and nine per cent said that there could be a possibility of being disappointed at the sight of one’s partner in swimwear.

Finally, regarding family holidays with children that aren’t one’s own, 15 per cent said going too early may put too much pressure on getting along with the partner’s children.

However, the research also found that a holiday can ignite rather than extinguish love – almost half (47 per cent) of Brits claim to have fallen for someone while away.

More than a third (36 per cent) have even revisited with their partner the first holiday destination they went to together, in a bid to reignite the passion of their relationship.

When it comes to the most romantic destinations to visit with a new beau, Paris is the number one choice (31 per cent), followed by Greece (24 per cent), and New York (21 per cent)

A fifth of Brits said Barcelona is the ideal place for a couple’s first holiday together, and 16 per cent opted for a city break to Amsterdam. 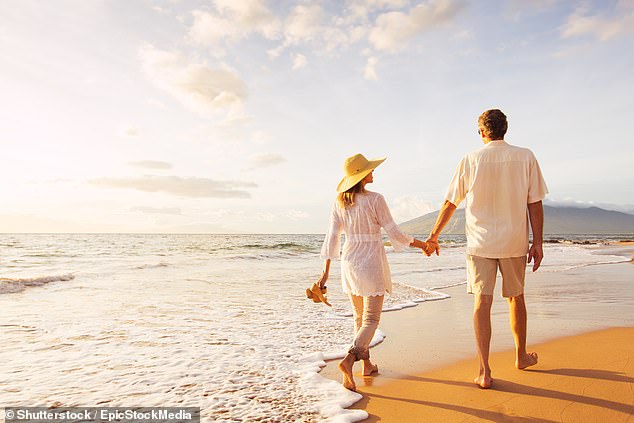 Commenting on the survey, psychologist Judi James said: ‘On holiday the truth catches up with us and with proximity being even more relentless than it would if we were sharing a home it’s easy to feel trapped 24/7’

Commenting on the survey, psychologist Judi James said: ‘Not only would I agree with this suggestion for couples to wait before going on holiday together, if anything I would scope it out to include holidaying with friends, too.

‘Holidays can be a time to relax and de-stress but they can also be a breeding ground for the kind of irritation, exasperation and potential disgust that can occur when you’re forced to share a stressful journey, a small hotel room and – even worse – an en suite toilet together.

‘In the early days of a relationship we tend to be firmly wedged into what’s called the attribution bias – basing our evaluations of our new partner on assumption and first impressions. We love to focus on their ideal projections and to ignore all those more mundane traits that can cause arguments and frustrations when we co-habit.

‘On holiday the truth catches up with us and with proximity being even more relentless than it would if we were sharing a home it’s easy to feel trapped 24/7.

‘Eating habits, toilet habits, selfish or boring behaviours can all suddenly come to the fore, as well as the shock of suddenly discovering that the person you love doesn’t want to spend their day doing the same things you want to do.’

Keith Potts, chairman of exclusiveprivatevillas.com, said: ‘Living out of a suitcase in a cramped hotel room and sharing new experiences can test the best of relationships. Smells, habits and attitudes are all laid bare!

‘We’ve seen a steep rise in enquiries from people looking for the luxury, privacy and space of private villas instead.

‘Couples travelling with friends and extended families, in particular, are increasingly looking for a home-from-home and want to avoid the intensity that can so often come with a holiday. After all, who wants to go away as a couple and come back single?’