Couples who argue regularly are ‘ten times more likely to have a good relationship’, study suggests

Arguing really is the key to a happy marriage, according to new research.

All couples have bust-ups with the main issues ranging from children and money to in-laws – and sex.

Older couples, who had been married on average for 42 years, ranked physical intimacy with their partner as the most important part of a sustainable relationship.

But what distinguishes happy and unhappy relationships is attitudes to conflict, say social scientists.

Attitudes to conflict is what distinguishes happy and unhappy relationships. Study claims happy couples tend to take a solution oriented approach. The tumultuous relationship of Richard Burton and Elizabeth Taylor epitomises the issues many have with their relationship

Study lead author Professor Amy Rauer, of the University of Tennessee at Knoxville, explained: ‘Happy couples tend to take a solution oriented approach, and this is clear even in the topics that they choose to discuss.’

It adds to evidence couples who argue together, stay together. One study found they are ten times more likely to have a good marriage than those who sweep things under the carpet.

Another found one in two couples say clearing the air once a week is the secret to their success – as long as they are mild spats and not abusive rows.

The latest findings, published in the journal Family Process, were based on 121 couples in their 30s and 70s who had been happily married for an average of nine and 42 years, respectively.

They were asked to rank their issues with various aspects of their relationships.

Intimacy was found to be of upmost importance for older couples, followed by leisure, household, health, communication and money.

Both groups rated jealousy, religion and family as the least important.

When discussing marital problems, they all focused on clearer solutions – such as the distribution of household labour and how to spend leisure time.

They rarely chose to argue about things that are more difficult to resolve – suggesting this strategic decision is behind their marital success, said the researchers.

Professor Rauer, director of the relationships and development lab in the College of Education, Health and Human Sciences, said: ‘Focusing on the perpetual, more-difficult-to-solve problems may undermine partners’ confidence in the relationship.’

The study also found focusing first on more solvable problems may be an effective way to build up both partners’ sense of security in the relationship.

Professor Rauer said: ‘If couples feel they can work together to resolve their issues, it may give them the confidence to move on to tackling the more difficult issues.’

As to which issues may be more difficult to resolve, couples avoided discussing challenges regarding their spouse’s health and physical intimacy. 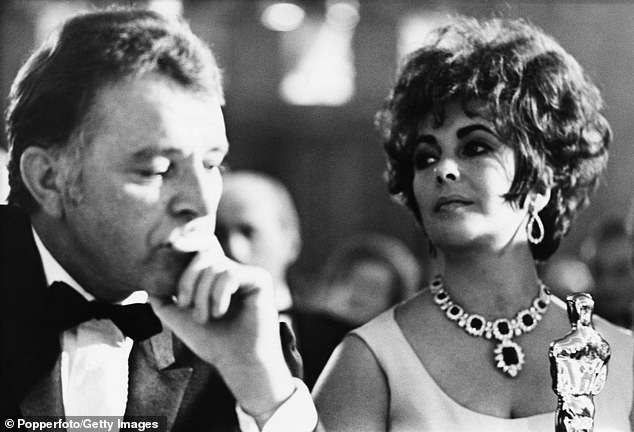 They were asked to rank their issues with various aspects of their relationships. Intimacy was found to be of upmost importance for older couples, followed by leisure, household, health, communication and money

These issues may be more difficult to address without challenging their partner’s sense of competence or making the partner feel vulnerable or embarrassed, resulting in more conflict.

Professor Rauer said: ‘Since these issues tend to be more difficult to resolve, they are more likely to lead to less marital happiness or the dissolution of the relationship, especially if couples have not banked up any previous successes solving other marital issues.’

This is consistent with previous research suggesting older partners’ perceptions of spending less time with each other may lead them to prioritise marriage and decide some issues are not worth the argument.

In other words, couples may want to choose their battles wisely, according to Professor Rauer.

She added: ‘Being able to successfully differentiate between issues that need to be resolved versus those that can be laid aside for now may be one of the keys to a long-lasting, happy relationship.’

Professor Rauer said conflict in marriage is inevitable. Even the happiest couples argue – and they tend to argue about the same topics as unhappy couples.

But it is the way they do it that may make a difference, said Professor Rauer.

HOW DO YOU KNOW IF YOU SHOULD BREAK UP WITH YOUR PARTNER?

People in these kinds of relationships should make informed decisions about either staying together once and for all or terminating their relationship.

1. When considering rekindling a relationship that ended or avoiding future breakups, partners should think about the reasons they broke up to determine if there are consistent or persistent issues impacting the relationship.

2. Having explicit conversations about issues that have led to break ups can be helpful, especially if the issues will likely reoccur. If there was ever violence in the relationship, however, or if having a conversation about relationship issues can lead to safety concerns, consider seeking support-services when it is safe to do so.

4. Remember that it is okay to end a toxic relationship. For example, if your relationship is beyond repair, do not feel guilty leaving for your mental or physical well-being.

5. Couples therapy or relationship counselling is not just for partners on the brink of divorce. Even happy dating and married couples can benefit from ‘relationship check-ups’ in order to strengthen the connection between partners and have additional support in approaching relationship transitions.