With college basketball on the verge of March Madness, recently revealed documents and bank records found during the ongoing federal investigation into bribery and corruption within the sport detail one player agency’s improper payments to potential recruits and their families.

The findings include major NCAA violations that could have significant ramifications for around 20 major Division I programs, including North Carolina and Kentucky as well as Top-5 powerhouses Michigan State and Duke.

According to a report by Yahoo Sports, now-former NBA player agent Andy Miller, his former employee Christian Dawkins, and his agency, New Jersey-based ASM sports, were involved in a massive underground recruiting operation in which more than 25 players and their families obtained cash advances while having many entertainment and travel expenses covered. 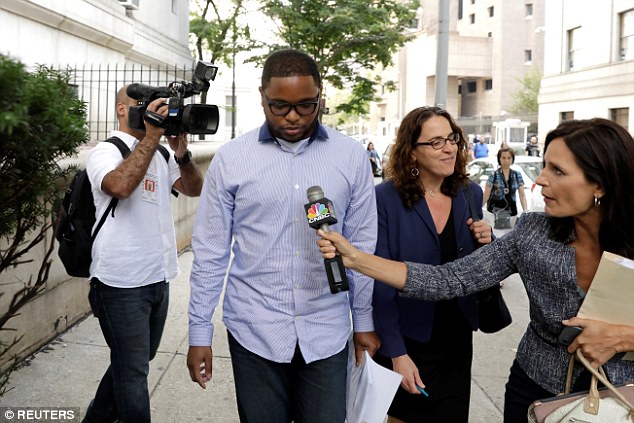 Christian Dawkins, a former ASM Sports employee, exits a Manhattan Federal Courthouse, after being arrested for bribery and fraud in connection with college basketball recruiting

ASM sports was raided in September shortly after the FBI and Department of Justice announced its years-long investigation into college basketball, which has already resulted in three criminal cases, several arrests and the suspension of Louisville freshman Brian Bowen, who has since transferred away from the school.

Hundreds of pages of documents revealed in the discovery phase of the probe reveal an extensive effort by ASM Sports to secure commitments from players that were at the time, or continue to be amateurs.

One document referred to by Yahoo Sports was ASM’s balance sheet through December 31, 2015, which contained the subheading ‘Loan to Players.’ Several high school and college players allegedly received four- and five-figure payments from ASM Sports, according to the reported documents.

Not all the players who allegedly received money from ASM Sports signed with the agency when turning professional. 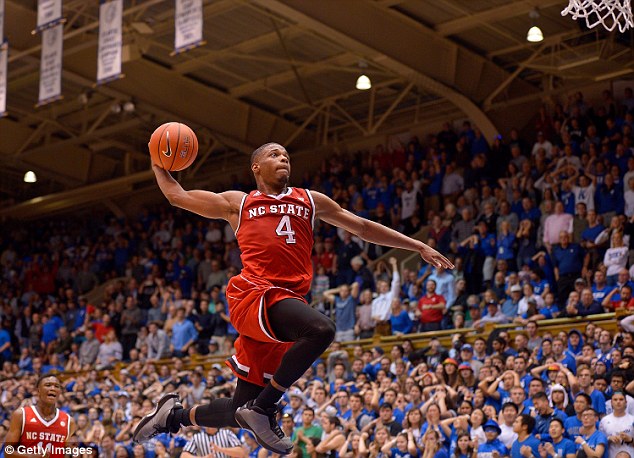 Dennis Smith Jr. allegedly received $73,000 from ASM Sports but did not sign with the agency 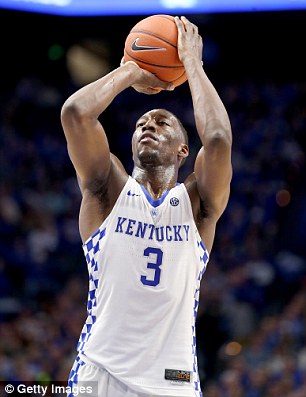 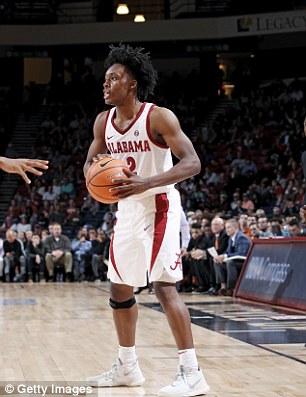 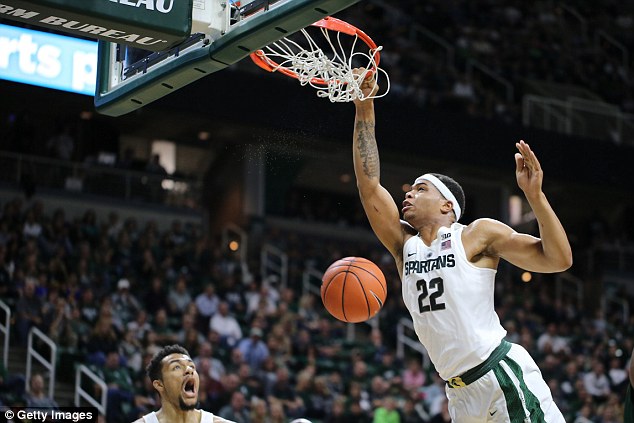 Interestingly, one document reviewed by Yahoo Sports included the note ‘options to recoup the money’ in reference to Smith.

Other players who allegedly received money from ASM Sports include Michigan State’s Miles Bridges, Alabama’s Collin Sexton and Duke’s Wendell Carter, as well as current NBA players like Isaiah Whitehead, who attended Seton Hall before being drafted by the Brooklyn Nets, and Markelle Fultz, whom the Philadelphia 76ers selected out of Washington with the top pick of the 2017 NBA Draft.

According to Yahoo Sports, the schools that could potentially be affected by the revelations and any subsequent NCAA penalties include Duke, North Carolina, Texas, Kentucky, Michigan State, USC, and Alabama.

The aforementioned Bowen transferred to South Carolina after being suspended by Louisville following the FBI-DOJ announcement in September.

While no charges were filed against Pitino, who has maintained his innocence, the Cardinals program was implicated in an alleged plot to pay Bowen’s family $100,000, which is what led to Pitino’s dismissal.

According to federal prosecutors, Adidas representatives Jim Gatto and Merl Code colluded with Dawkins, the 25-year-old former ASM rep, financial advisor Munish Sood and Brad Augustine, who ran an AAU program that was sponsored by Adidas. The hope, according to the complaint, was that the five-star recruit would attend Louisville, hire Sood, and ultimately agree to an endorsement deal with Adidas when he turned professional. 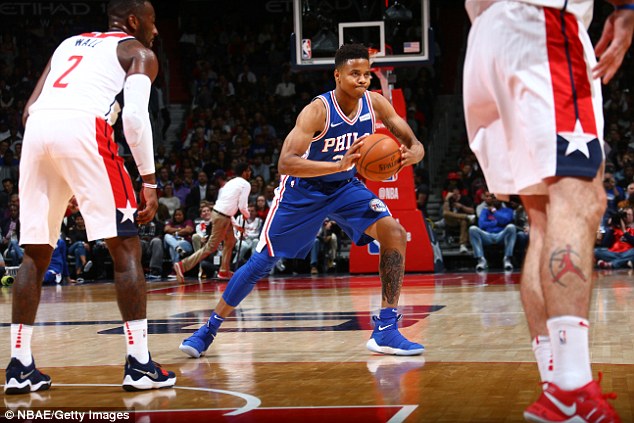