Courteney Cox cut a fashionable figure when she stepped out to dinner in Santa Monica this Tuesday evening.

The Friends icon wore a stylish black and white polka dot top that was well fitted to her slender frame. She emphasized her enviably svelte figure by tucking the blouse into a skintight pair of high-waisted black slacks.

And the star, 57, also had on the same clear aviator glasses as her pal Jennifer Aniston often models.

Snazzy look: Courteney Cox cut a fashionable figure when she stepped out to dinner in Santa Monica this Tuesday evening

The beauty was dining at celebrity hot spot Giorgio Baldi.

Last week Courteney posted a gag Instagram video where she jokingly pulled a shift on staff at the Warner Bros lot during a break from filming a new project.

While ‘working’ she took the time to swing by the set of Central Perk – the coffee house where all the characters on Friends used to while away their downtime.

She could be seen in the video bringing coffee around to fans who seemed stunned and delighted to see her there.

Friends nostalgia hit a high point this year when the entire main cast gathered together for a reunion special earlier this year.

The vibe: The 57-year-old Friends icon wore a black top decorated with a polka dot pattern that was arranged into checks 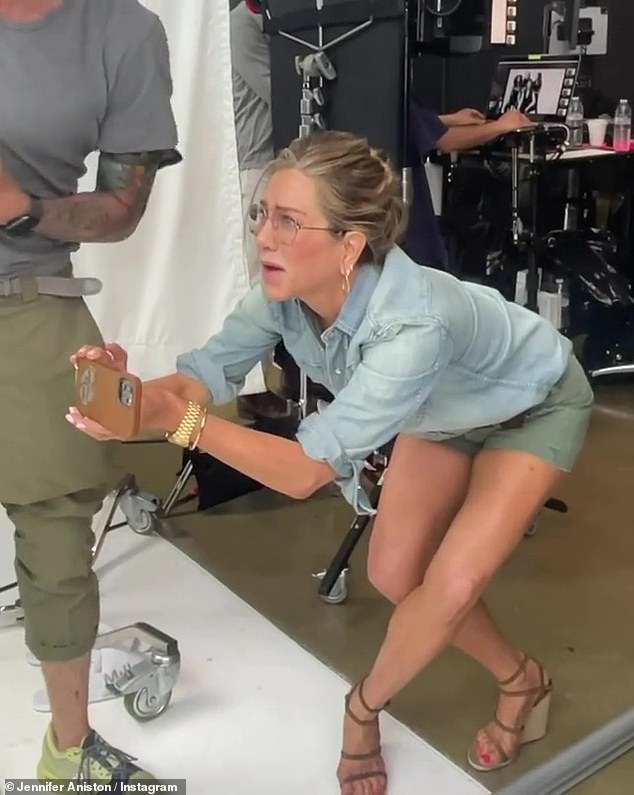 Early in the special Courteney was brought to tears as she and her old castmates wandered around the set of her character Monica’s apartment.

All six of them were catapulted to global stardom by the runaway success of the original series which ran on NBC from 1994 until 2004.

As far as her personal life goes Courteney is raising a 17-year-old daughter called Coco whom she shares with her smoldering ex-husband David Arquette. 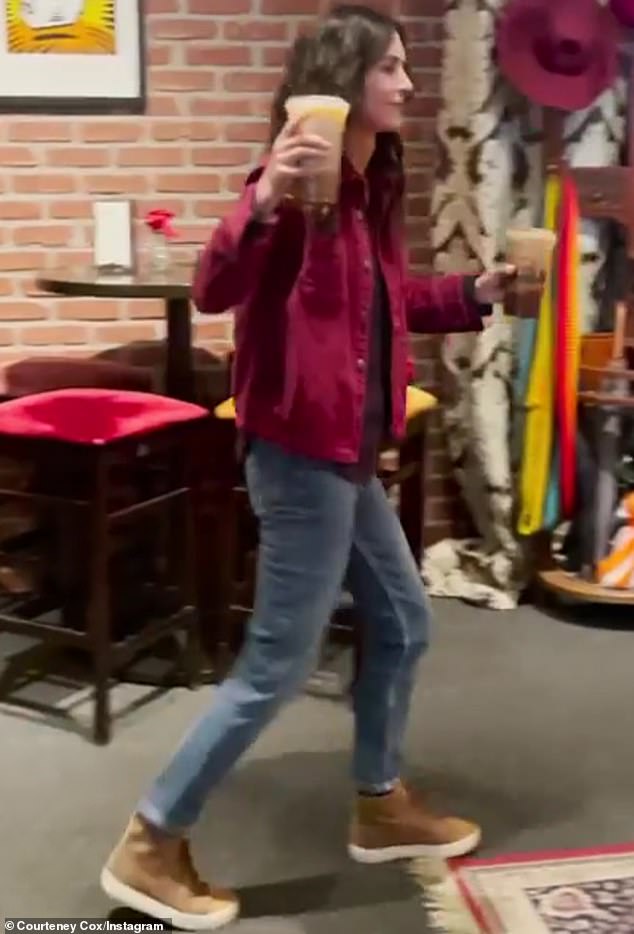 Making it happen: The 57-year-old jokingly pulled a shift on staff at various spots on the lot for a gag video montage on her Instagram page 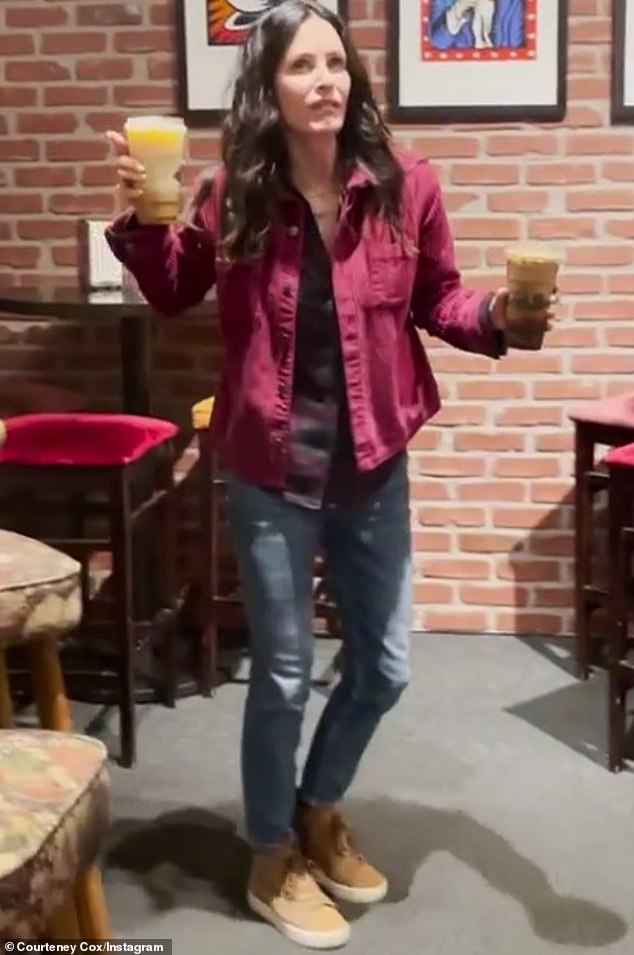 Looking fab: Courteney Cox returned to the Central Perk cafe set from her iconic sitcom Friends on the Warner Bros lot this week

David and Courteney co-starred in all four Scream movies, the first of which bowed in 1996 and the most recent of which was released in 2011.

They married in 1999 in San Francisco and in 2004 they welcomed Coco whose godmother is Courteney’s Friends co-star Jennifer Aniston.

The couple went public with their separation in October 2010, a month after Scream 4 wrapped filming and half a year before it bowed in theaters. 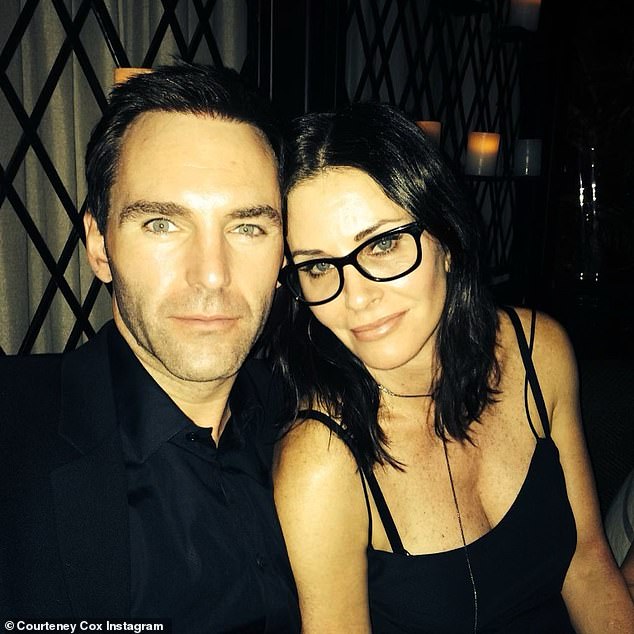 Her great love: The siren with rock star Johnny McDaid; he is a singer, songwriter, and record producer from Northern Ireland and a member of the bands Snow Patrol and Vega4

Within the next two years, the divorce was finalized, and Courteney has spent roughly the past half-decade engaged to Johnny McDaid of he band Snow Patrol.

Courteney and Johnny were kept apart for nine months by the COVID-19 lockdowns as he was in the UK and she in the US but they reunited in December.

Meanwhile she is still a friendly co-parent with David and last year they even shot another Scream sequel that is due out next January.