Maxime Biamou wants a date with his friend Anthony Martial in the fifth round and, such is his instant bond with the famous trophy, there would be no surprise if his wish came true.

‘Apparently the FA Cup likes me,’ smiled Biamou, as he savoured the glory of the untidy goal which sparked delirium among nearly 8,000 Coventry supporters at Milton Keynes on Saturday.

It is an understatement. In just 18 months since moving to English football from the lower leagues in France, the 27-year-old has been able to do no wrong in the competition. 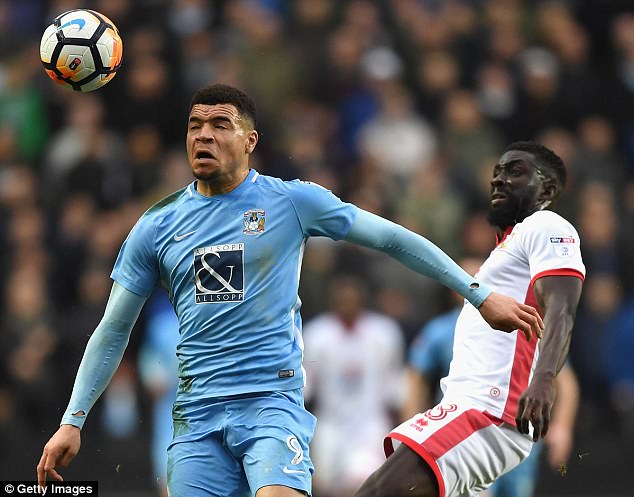 In 11 appearances, he has lost only once. He scored within 60 seconds in the first round proper last season, finishing with two goals as Sutton United beat Dartford 6-3.

He helped the National League part-timers beat Cheltenham, scored in a replay at AFC Wimbledon and won the decisive penalty as Sutton toppled Leeds and reached the last 16.

Arsenal ended the gallant run on a night of infamy when Wayne Shaw, Sutton’s goalkeeping coach and sub keeper, triggered a betting scandal and ultimately lost his job by eating a pie on the bench.

‘In France all my friends were talking about it,’ said Biamou. ‘I was like, “Yeah, yeah, but I played against Arsenal…”

As a consolation, he went home with Per Mertesacker’s shirt and earned the attention of clubs in League Two. Coventry offered a two-year deal and it was their heritage and fan-base, the lure of the Ricoh Arena and manager Mark Robins, which convinced him it was the best move.

‘It is a very good club with a beautiful stadium and good fans,’ said Biamou.

‘The gaffer was a striker, so he has been helping me to be better and I am very happy to be in Coventry.’

The priority is promotion but Biamou is back on the FA Cup trail. Stoke City of the Premier League were ousted in the third round and MK Dons, struggling in League One, are the latest victims.

‘It felt sensational,’ said Biamou, who was born and raised in the suburbs of Paris and played in the French lower leagues for Villemomble Sports and AS Yzeure.

He was taking part in a trial match with a French third-tier team when an agent suggested a move across the Channel, where he thought Biamou’s robust style might suit the English game. 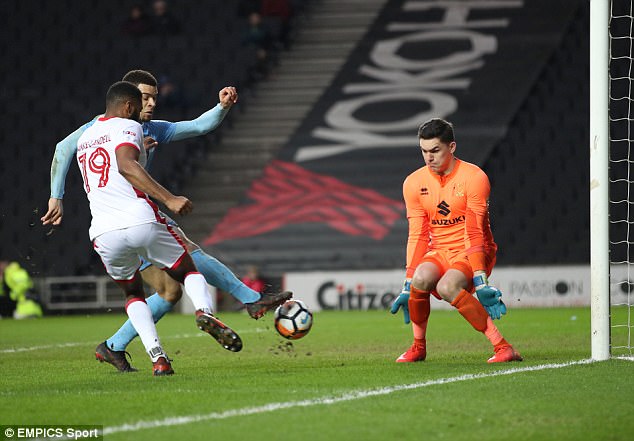 After scoring the winner for Coventry at MK Dons, Biamou hopes to face Manchester United 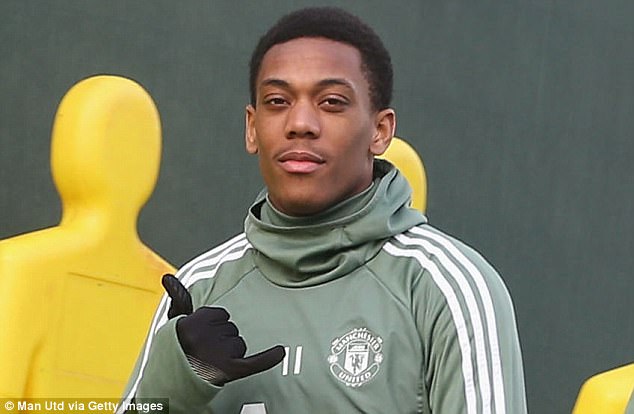 Biamou, 27, wants United in the fifth round draw as he is ‘best friends’ with Anthony Martial, 22

‘I can hold up the ball and I’m very good in the air,’ said Biamou. ‘He asked me to try and I said, “Yeah why not”, because I wanted to learn English and I wanted to discover English football.

‘This is different football. In France it is more technical but here it is stronger. I went straight to Sutton. I should have had a lot of trials at a lot of clubs but the first was Sutton and they liked me.’

They like him at Coventry, too, where an upturn in fortunes under Robins and an FA Cup run has evoked memories of happier times and promised a brighter future.

‘I would like Manchester United in the next round because I know Anthony Martial,’ said Biamou. ‘His brother is my best friend. He comes from about 20 minutes from me.

‘Sometimes I go to Old Trafford to watch games with him. I saw him a couple of weeks ago when Stoke played at Old Trafford and I said, “Maybe in the next round I’ll play against you”.’ 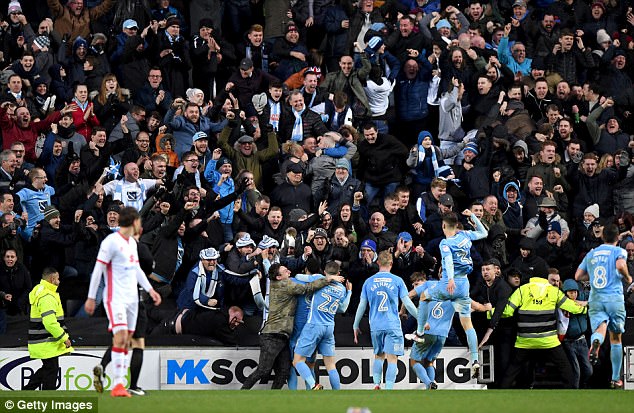 There were almost 8,000 Coventry supporters at Stadium MK to witness Saturday’s away win