An angry mother-of-six has accused teachers of ‘ruining the magic of Christmas’ after they told her 11-year-old daughter that ‘Santa is not real’.

Stephanie Boyden has slammed staff at Nicholas Chamberlaine School in Coventry after they made the announcement in assembly.

She said pupils were told that they ‘need to know the truth’ about Father Christmas.

Stephanie Boyden has slammed staff at Nicholas Chamberlaine School in Coventry for telling her 11-year-old Demi, that Father Christmas was not real. Pictured, Stephanie, with her other daughter, Eleanor

Mrs Boyden said: ‘I couldn’t believe it, it has been my choice to keep my children believing, they have taken the magic of Christmas away from her.

‘My daughter came and sat on my bed and said: ”Santa isn’t real is he?,” I said to her: ”Who told you that?” and she said that the school did last week in assembly.

‘I was shocked. I told her it was rubbish and that Santa is real.’

The mother said: ‘I don’t know why they [teachers] had to do it, unless the children had asked them questions. 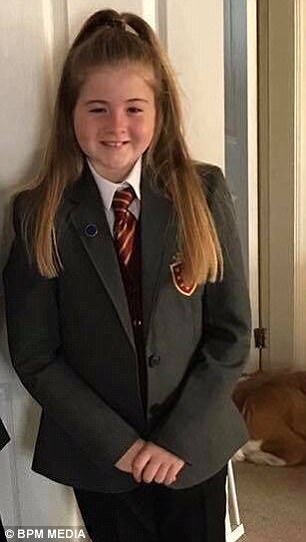 ‘They could have done it in a different way, rather than saying ”it is about time you knew the truth”.

Mrs Boyden has hit back at critics who said her daughter is too old to believe that Father Christmas is real.

She said: ‘Yes, she is in secondary school but she has just turned 11 and I have always kept the magic going with all of my children for as long as I could.

‘This is all about celebrating Christmas and believing in the Christmas spirit.

‘In primary school there is so much they do to celebrate Christmas, but when children get to secondary school nothing happens.

‘It’s like Christmas doesn’t exist. This is all about political correctness and it’s wrong. It’s destroying what Christmas is about and Christmas is no longer what it used to be.

‘People say she is too old to believe in Father Christmas, that she should know the truth before she starts secondary school. It’s part of growing up and if she doesn’t know she might get bullied.

‘I tried to call the school three times and the head of Year 7eventually phoned me back.

‘She apologised for the way in which it came across.

‘I said to her, in future, if they feel they need to say something like that, then they should say it is in a different way.’

The school has yet to respond to a request for a comment.