A devastated son has spoken of his fury after he rushed halfway across the world to see his terminally ill mother in Perth – only for her to die while he was trapped in Melbourne by Covid red tape.

James Turbitt – who has twice tested negative for Covid and is fully vaccinated- raced back to Australia from Belgium to be by his mother’s bedside,  but was forced to divert through Victoria where he was put into hotel quarantine.

After arriving in Australia on Friday, Mr Turbitt was told on Saturday that his mother only had 12 hours to live – and despite pleading for mercy from the authorities, he was banned from flying to Western Australia to be with her.

Mr Turbitt’s mum died in Perth’s Fiona Stanley Hospital on Sunday at 1.30am, leaving her son to deliver his last goodbye over a hotel internet hook up.

Now he’s gone on TV to question the quarantine process that appears to favour foreign celebrities over Australian citizens.

Since March 2020, anyone arriving into Australia has been made to go into hotel quarantine for two weeks, but some notable exceptions have been made to allow people to isolate at their home or another private residence.

‘It is an absolute nightmare, the worst period of my life,’ Mr Turbitt told Ten’s The Project on Tuesday night.

‘I’m devastated, heartbroken and pretty much embarrassed to be Australian right now. The quarantine laws here are absolutely deplorable.

‘I understand that they are trying to keep COVID out, but they shouldn’t be doing it like this.’ 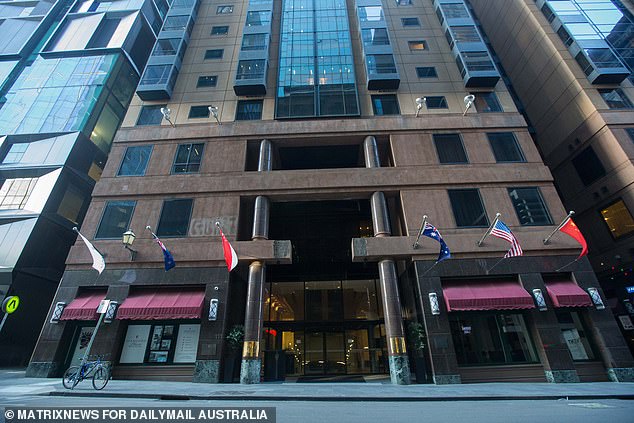 James Turbitt’s mum died in Perth’s Fiona Stanley Hospital on Sunday, after her son had to deliver his last goodbye over a hotel internet hook up from Melbourne’s Stamford Plaza (pictured)

Mr Turbitt, an Australian citizen who lives in Antwerp, was instructed by Victoria’s Department of Health to fly directly into Melbourne as no flights were available to land in Perth.

He was told that even if he was granted an exemption to see his mother, he would have to charter his own plane to Perth to ensure he was not putting the community at risk.

Mr Turbitt had tested negative for Covid-19 before leaving Brussels on June 13, and again before boarding his flight to Melbourne.

He had not seen his mum for two years and claimed officials were unhelpful, accusing the authorities of showing ‘fake empathy’ towards his plight.

‘A couple of weeks ago, my mum went into hospital, so then on that Thursday I just thought, “OK, I’ve got to get back to Australia,”‘ he told The Project by video link from his mandatory quarantine bedroom at Melbourne’s Stamford Plaza Hotel. 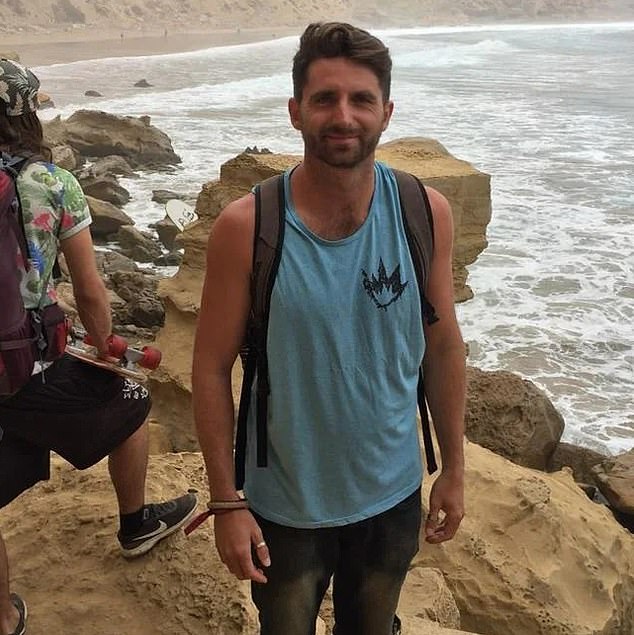 James Turbitt, (pictured) an Australian citizen who lives in Antwerp, was instructed by Victoria’s Department of Health to fly directly into Melbourne as no flights were available to land in Perth

‘I landed in Melbourne and I was pleading with everyone there that I could see, back and forth with these people on email. There is no direct number you can ring.

‘No-one would give me any answer on a compassionate exemption. I woke up on Saturday when my sister rang me and she said, “look, Mum has already gone in for the first part of her surgery.”

‘It was brutal. She made it through that. She is really tough. She is a beautiful lady. So then, as the day went on, I rang my sister and she said they said she has 12 hours to live.

‘It was the most heartbreaking thing. I was sitting here in the hotel and there was nothing I could do.’

But the heartbreak was not enough to persuade health chiefs to allow Mr Turbitt to travel. 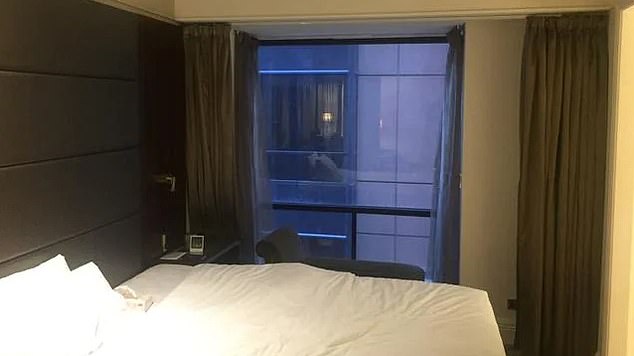 Mr Turbitt had tested negative for COVID-19 before leaving Brussels on June 13, and again before boarding his flight to Melbourne but was forced into mandatory hotel quarantine (pictured, his room in the Victorian capital)

Even after his mother died, Mr Turbitt still didn’t have permission to fly to Perth for the funeral.

He added: ‘I seriously thought that when I left Brussels that I was going home and I was going to see my mum.

‘I’m an Aussie. I expected help and compassion when I came home, but it has been absolutely deplorable.’

Mr Turbitt has now gone on hunger strike in a bid to get the process changed.

He added: ‘My girlfriend and my sister don’t want me to do it and obviously it is not the right thing to do for my health, but…I don’t know what’s going on here. 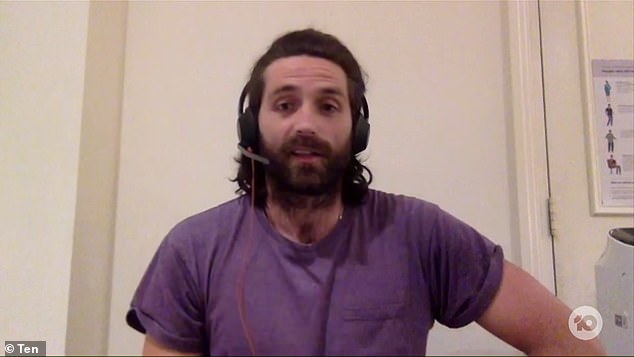 James Turbitt (pictured) has now gone on hunger strike in a bid to get the process changed.

‘It’s just been a horrible nightmare for the last few days and I’m lost for words. I think the restrictions are too brutal and too barbaric.’

In New South Wales, a similar case is underway as Mark Kilian tries to get access to Queensland to see his father before he dies from pancreatic cancer.

He appealed to Prime Minister Scott Morrison for help, but the PM wrote to him today to admit he cannot force Queensland to open their borders.

‘I am disappointed the Queensland Government has not found a workable and compassionate solution,’ wrote the PM.

‘However the Australian Government does not have authority to step in and provide exemptions from hotel quarantine for travel into Queensland.

‘Under our federation, these decisions are made by the Queensland Government.’

He added: ‘I am so sorry for what you are facing.’