Covid-19 Australia: Daniel Andrews slammed for calling for a ‘ring of steel’ around Sydney

Sydneysiders have hit out at Victorian Premier Daniel Andrews after he called for a ‘ring of steel’ to surround the city – as he refused to share more vaccines with New South Wales despite its surging coronavirus outbreak.

Mr Andrews on Friday called for even tougher lockdown restrictions in the Harbour City as he rejected his NSW counterpart Gladys Berejiklian’s request to send part of his state’s vaccine allocation to his northern neighbour.

‘On behalf of all Victorians, I am saying there is a national responsibility to put a ring of steel around Sydney,’ he said. ‘Just as we did [in Melbourne] last year.’

Locked-down Sydney residents though pointed out even the draconian restrictions Mr Andrews imposed last year to slow Melbourne’s second wave of cases would have struggled to contain the new strain. 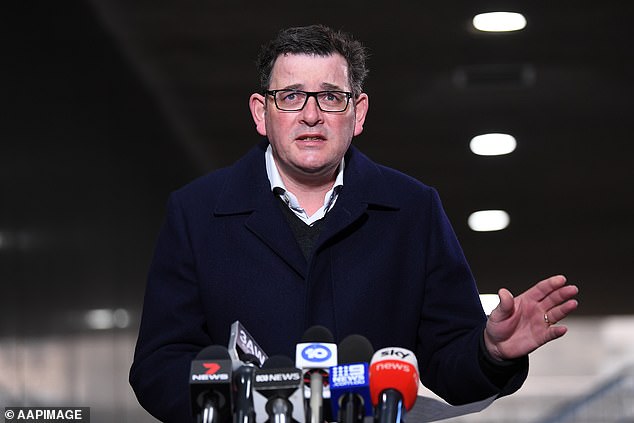 Premier Andrews recognised his counterpart in NSW labelling the outbreak a ‘national emergency’, saying there is a ‘national responsibility that Sydneysiders are locked into Sydney’

‘Fact is if it was Delta in Melbourne 2020, no matter what was thrown at it they never get back to zero,’ one Twitter user said.

Another Twitter user said the Victorian government was responsible for its latest outbreak after allowing three removalists from Covid-hit Sydney – two of whom were infected with the virus – into the state.

‘Blaming NSW for not having a ring of steel but [Mr Andrews] failed to acknowledged that the ring of steel didn’t matter because his government allowed a removalist and his family in,’ the social media user said.

One said though a so-called ‘ring of steel’ could be beneficial in slowing the outbreak.

‘Is the entirety of Sydney in Stage 4 lockdown with police and ADF checking every vehicle at the boundaries of all LGA’s that make up metro Sydney?’ one Twitter user wrote.

‘That’s what a ring of steel is and it protected regional Victoria last year.’

Mr Andrews said in his coronavirus press conference in Melbourne ‘we will finish up with the whole country locked down if we don’t deal with this’.

‘The only view that matters is the view of the NSW Premier,’ Morrison deadpanned.

Ms Berejikilian said on Friday she had no plans to introduce a curfew to Sydney, as Andrews did in Melbourne last August when he banned residents from leaving home between 8pm and 5am.

‘Please know that we are not the type of government, and I am not the type of premier, that is going to be asking citizens to do things that we don’t think are going to have any effect,’ Berejikilian said.

‘When I get questions about curfews or exercise or whatever else, the fact is that will not … reduce the number of cases.’

During the height of Victoria’s second wave of Covid spread, the state saw up to 725 new cases a day and a total of 7,181 active cases. 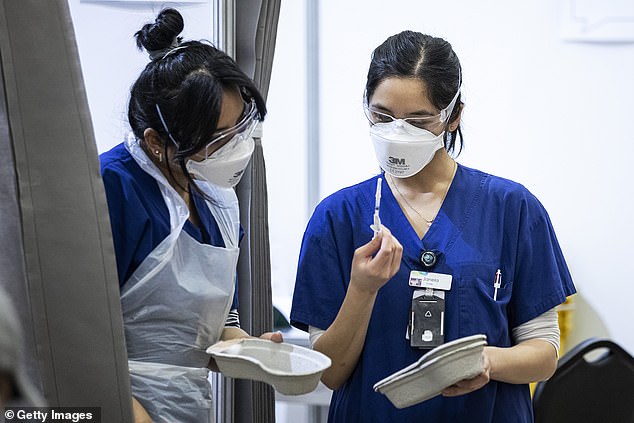 Staff are pictured preparing to administer Covid-19 vaccines inside the Melbourne Showgrounds on July 20. Mr Andrews rejected his NSW counterpart Gladys Berejiklian’s request to send part of his state’s vaccine allocation to his northern neighbour 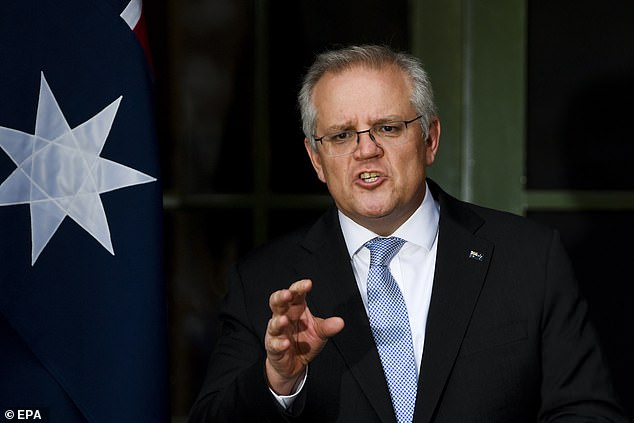 The current NSW outbreak, involving the more virulent Delta variant, has so far reached 1,782 locally acquired cases reported since 16 June 2021, when the first case in the Bondi cluster was reported.

NSW cases peaked at 136 for the 24 hours to 8pm on Thursday, with 53 of those infectious while in the community.

Plenty of Sydneysiders also pointed out that the city’s newest restrictions – which shut down the construction industry and confined most residents in three local government to their suburb – are a ‘ring of steel’ anyway. 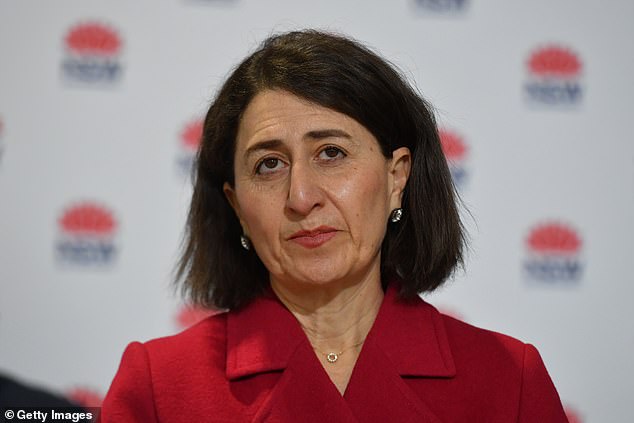 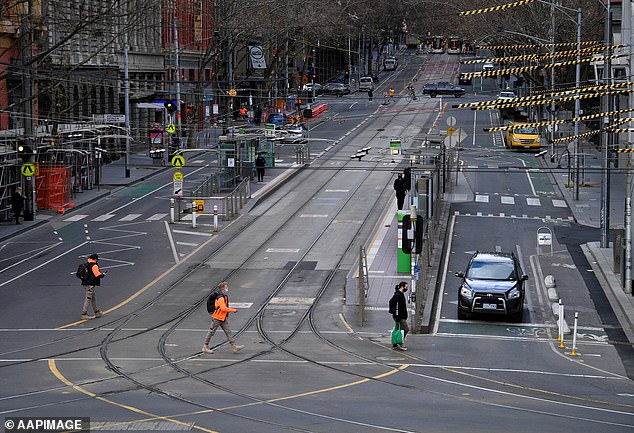 Ten of Victoria’s 14 new cases were quarantining during the entire period they were infectious while one of the other four cases is waiting to be interviewed.

Victoria’s latest cluster has risen to 147 cases and is linked to the Sydney removalists who brought the highly-infectious Indian delta strain to the Victorian capital and a family who returned to the city from a New South Wales red zone.

Premier Andrews recognised his counterpart in NSW labelling the outbreak a ‘national emergency’, saying there is a ‘national responsibility that Sydneysiders are locked into Sydney’. 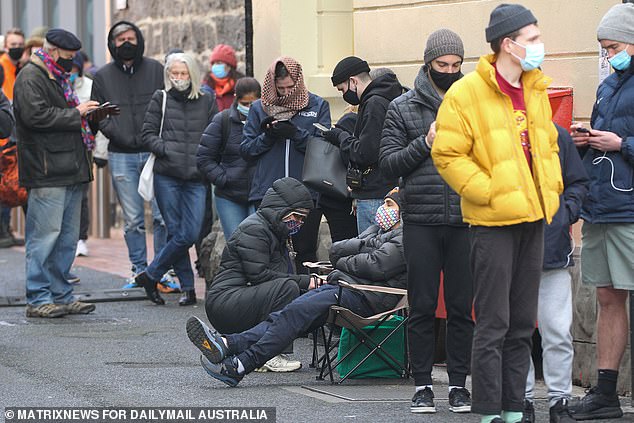 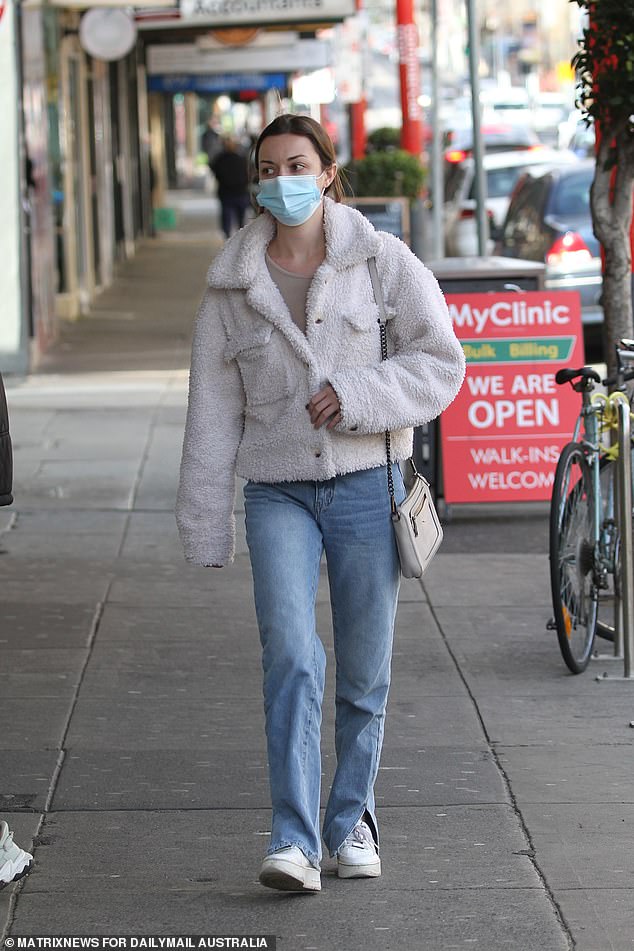 Premier Andrews also hinted that the state is on track to get out of lockdown at midnight on Tuesday, July 27

Mr Andrews also rejected any idea of providing extra vaccines from his state to NSW.

‘I have received no request for a redistribution of vaccines that have been allocated,’ he said.

‘We have barely enough vaccine allocated to any of us so the notion we would be sending it away from here – we all have got need, all of us,’ he told reporters.

‘They have been allocated fairly. If there is additional supply, I am not opposed to New South Wales receiving more.’ 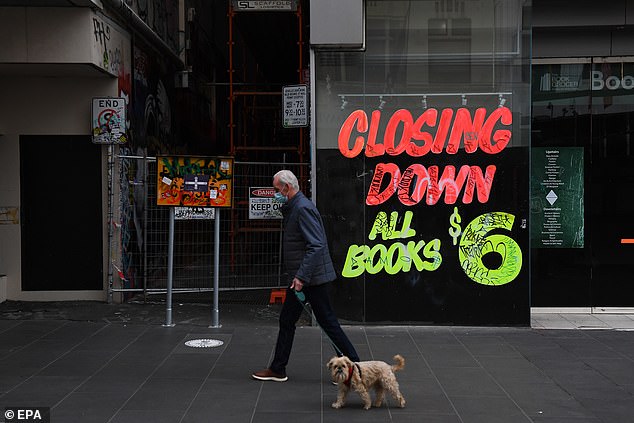 Of the 147 cases, 71 per cent were already isolating while infectious in positive signs for residents hoping to see lockdown end 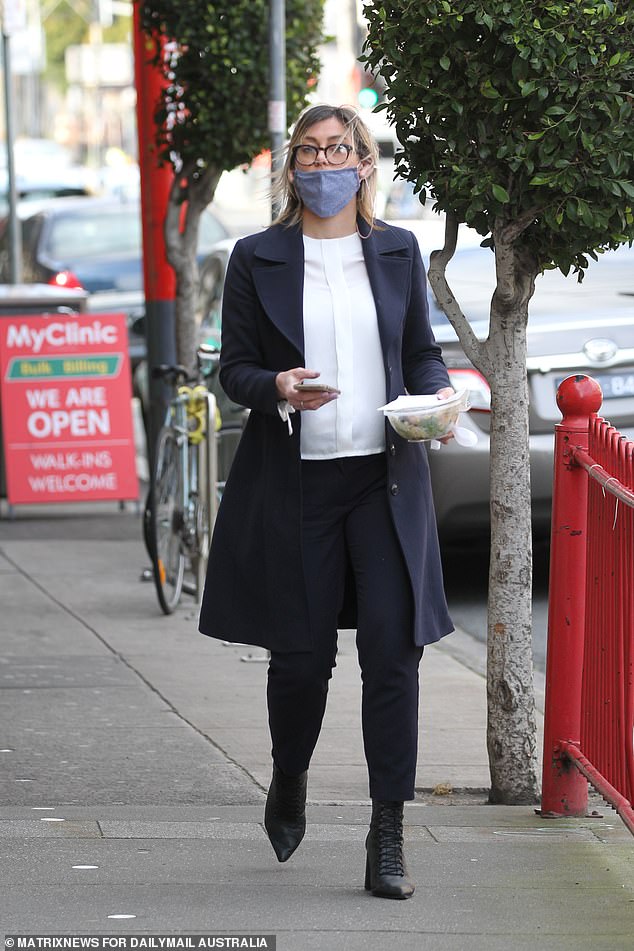 There are nearly 20,000 residents in a two-week quarantine after they were identified as being close contacts of positive cases from two football games

The Victorian premier meanwhile hinted his state is on track to get out of lockdown at midnight on Tuesday, July 27.

‘The trend is with us, the results are very encouraging. Whether it continues that way well only know with the passage of time,’ he said.

‘If everyone plays their part and takes the lockdown seriously, if we do the right thing we’ll be open, we’ll be close to something normal and we’ll have beaten this Delta outbreak, something no jurisdiction has done once let alone twice.’

Of the 147 cases, 71 per cent were already isolating while infectious in positive signs for residents hoping to see lockdown end.