A top doctor behind Australia’s Covid modelling has thrown her support behind eased rules to isolation and close contacts, despite predicting Omicron cases will surge to ‘very high’ levels.

Professor Sharon Lewin, the director of the Doherty Institute, said on Friday that the changes most Australian states have made reducing close contact isolation rules to seven days were ‘certainly’ safe.

Mandatory QR check-ins are also set to be scrapped in NSW by the end of January.

In an interview with the Today Show, Prof. Lewin said while case numbers are set to surge, evidence from the around the world appears to indicate hospitals won’t be overwhelmed.

‘It’s certainly safe to relax these measures as we have done given what we’re now learning about Omicron,’ Prof Lewin said.

‘The predictions are that we will see very, very high numbers of cases. But what we are hoping, and based on what we’re seeing around the world, is that it won’t lead to large numbers of hospitalisation.’ 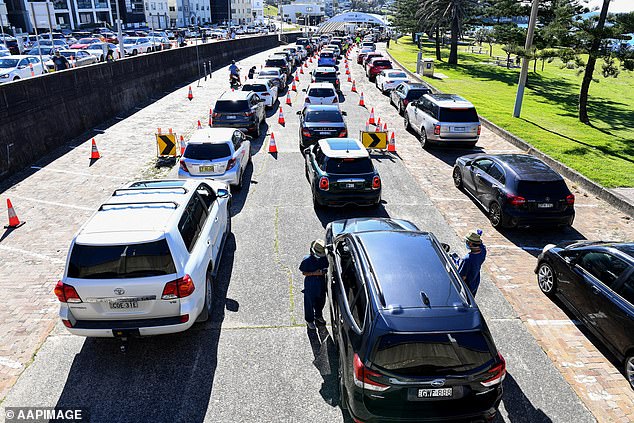 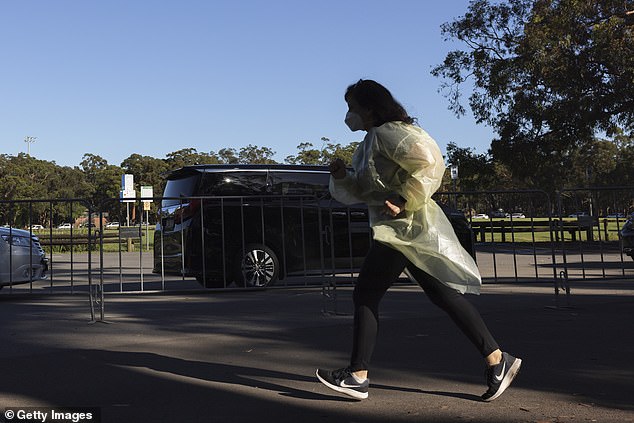 A medical worker runs at the St Ives drive-thru clinic as drivers wait in queue after NSW reported a pandemic record 21,151 cases on Friday

Prof Lewin said the ‘brakes can’t come off completely’ in regards to Covid restrictions. She warned that some protective measures should still be enforced – such as mask wearing.

However, she pointed out the Omicron strain was less severe than other variants, such as Delta, and would lead to fewer hospitalisations.

The Doherty Institute has repeatedly provided Covid-19 modelling to the National Cabinet in regards to when the country can safely open up.

The latest modelling – leaked earlier this month – claimed Australia could record as many as 200,000 cases a day by the end of January in a worst case scenario.

As a part of the predicted 200,000 cases a day, researchers predicted hospitalisations could hit 4,000 a day – putting a heavy strain on the medical system.

The Doherty Institute claims without low-to-medium restrictions being mandated, including limits on visitors and density in pubs, cafes and restaurants, the country could face millions of Covid cases within weeks. 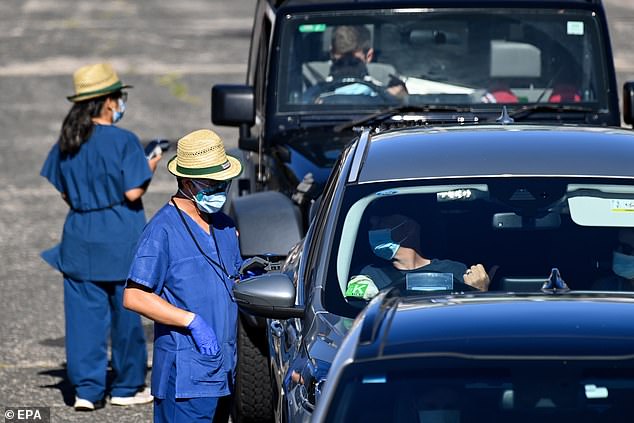 Drivers have turned out in droves despite changes to testing requirements that only require close contacts, who show symptoms, to get a PCR test 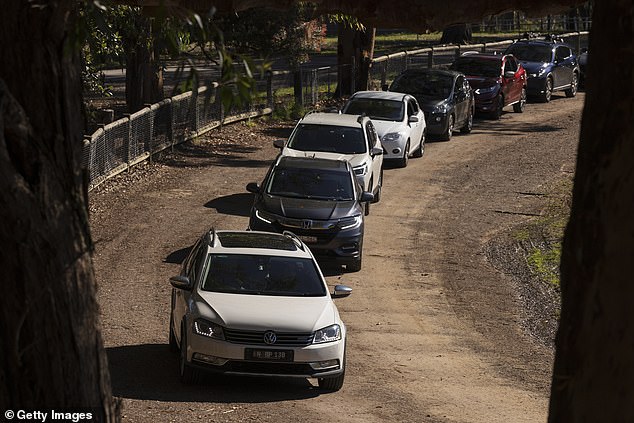 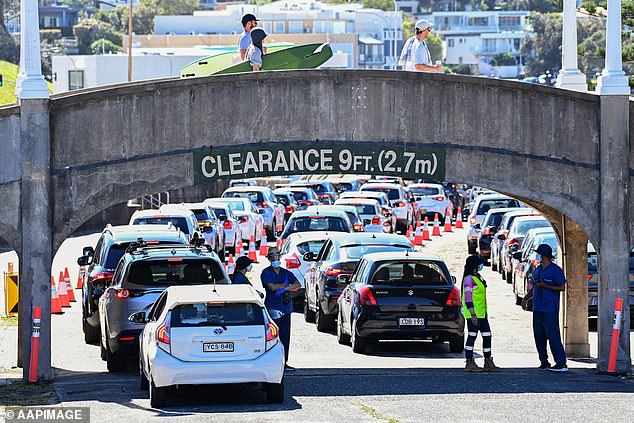 Who should get a PCR test? Anyone who has symptoms or who has got a positive rapid antigen test

New definition of close contact: Someone who has spent at least four hours in a household or a care facility with a positive case. Workplaces do not count.

New isolation period: Positive people and close contacts must isolate for seven days or 10 in SA. This is regardless of whether the close contacts test negative or not

Timing: NSW, Victoria, Queensland, South Australia and the ACT will implement the changes at midnight.

Tasmania will follow on January 1 while the Northern Territory and Western Australia will not adopt the scheme until they get more Covid cases in the weeks ahead.

‘There will be some hospitalisation,’ Prof Lewin said. ‘So, we can’t take the brakes off completely here which means why it’s important to still wear masks when you are out.’

‘That’s why it’s important anyone eligible for boosters should be getting them now, at four months.

‘Even if Omicron is much less severe, having a very large pool of people that are infected still puts pressure on our healthcare system.’

‘Whoever leaked the Doherty modelling without context has committed a gross injustice to the Australian people,’ Dr Coatsworth wrote on Twitter last Wednesday. 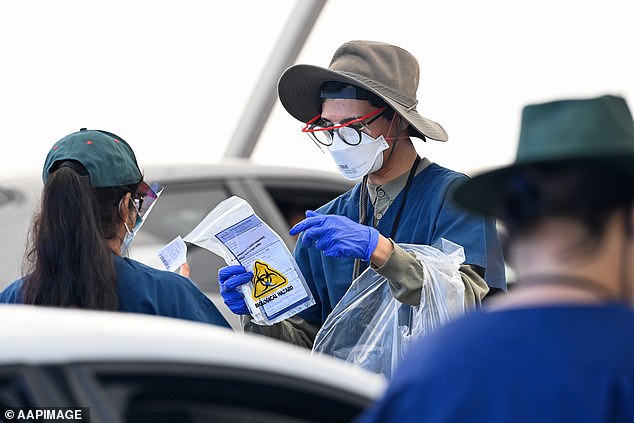 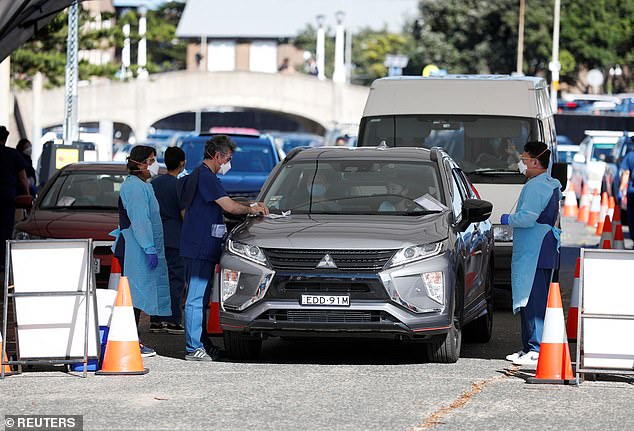 She pointed out the Omicron strain was less severe than other variants, such as Delta, and would lead to fewer hospitalisations

Prime Minister Scott Morrison has described the ‘worst-case scenario’ as ‘completely unlikely’ and urged Aussies not to panic.

‘I don’t know where they’ve come up with this modelling but it’s not based on any real world data,’ he told Daily Mail Australia.