Dr Karl Kruszelnicki has credited the Covid-19 booster and plenty of ‘nanny naps’ for helping him to recover from the virus with only mild symptoms.

The TV scientist, 73, told his 339,000 Twitter followers on Sunday that he had tested positive for the virus.

He said he experienced few symptoms and was able to quickly beat the virus due to a mix of much-needed rest and three vaccinations.

‘Triple vaccinations worked really well,’ he wrote. ‘I didn’t die, get ventilated in Intensive Care Unit, or even get really unwell.’ 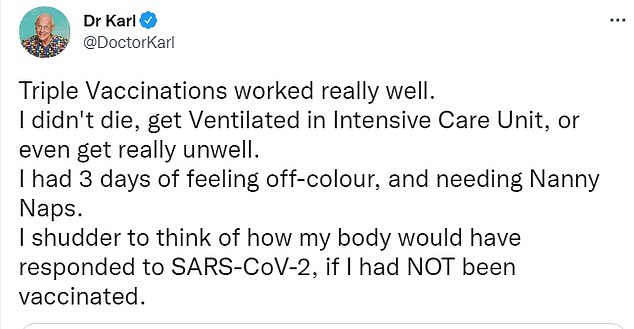 Dr Karl, 73, took to Twitter on Sunday to inform his 339,000 followers that he had tested positive for the virus

‘I had 3 days of feeling off-colour, and needing nanny naps. I shudder to think of how my body would have responded to SARS-CoV-2, if I had NOT been vaccinated.’

In a tweet made on December 29, he listed the benefits as helping to reduce symptoms, hospitalisation rates and chances of death.

‘After virus enters your body, the vaccines give protection (approximately) against,’ he wrote.

Another popular expert, former deputy chief medical officer Nick Coatsworth, doubled down on his claim that the ‘pandemic will end in 2022’.

‘The pandemic will come to an end in 2022 because the virus will become endemic, and that means that Covid will circulate in the community,’ he told 2GB on Monday.

‘It’s circulating already in the eastern states so, to an extent, we’re already there. It’s not a very convenient time to be having very high case numbers but there never was a convenient time.’ 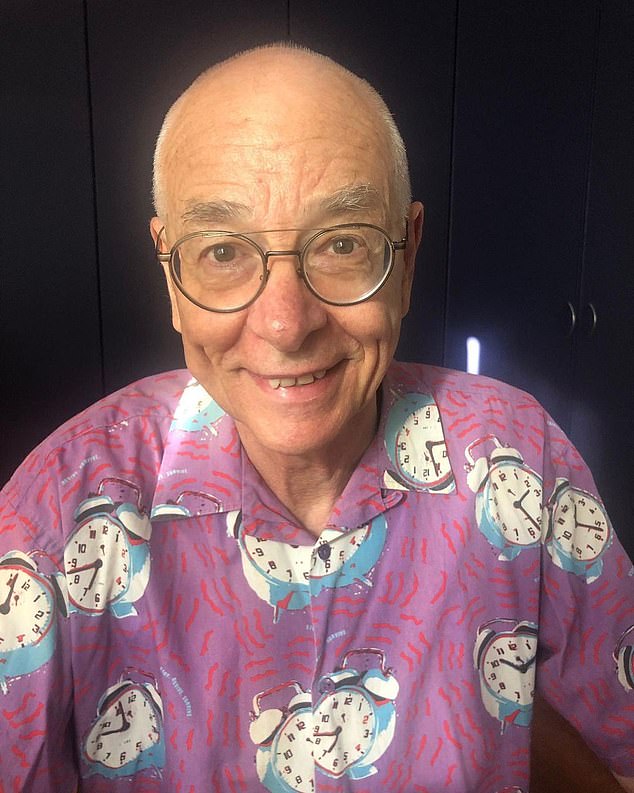 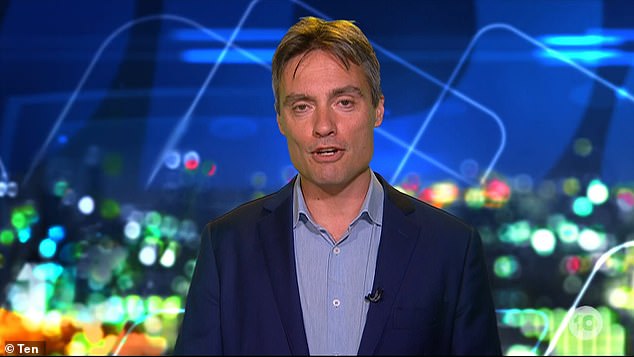 Dr Coatsworth had made the same claims in an op-ed he wrote for the Sydney Morning Herald on Saturday.

He stated that vaccination jabs and the spread of the mild Omicron strain will finally make the world immune to Covid.

‘We will live our lives again as part of the incredibly social and incurably optimistic human species that thrives on this planet,’ he wrote.

‘2022 will be the year the pandemic ends. It could even be sooner than we think.’

Covid-19 cases have continued to surge across the country with NSW leading the charge with 20,794 new infections and four deaths recorded on Monday.

Hospitalisation rates have soared to 1,204 – which is just shy of the record 1,268 on reported on September 21. 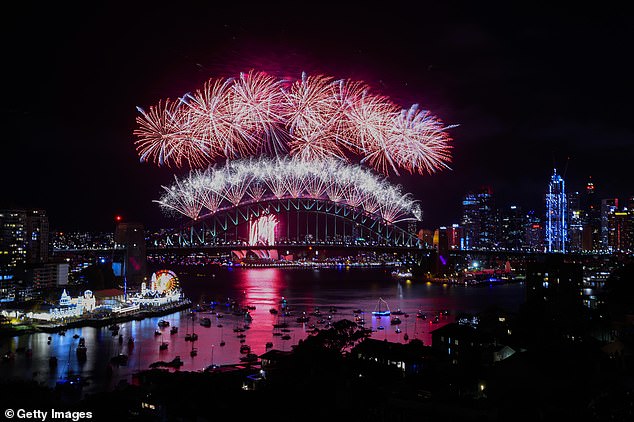 ‘2022 will be the year the pandemic ends,’ Dr Coatsworth wrote in an op-ed for Sydney Morning Herald on Saturday (pictured, New Years fireworks in Sydney)

Dr Coatsworth said he was not too concerned about the increasing hospitalisation rates putting a strain on ICU beds as the Omicron strain was much milder than other variants.

He said Australians should still be mindful of symptoms and take precautions to help protect the immunocompromised and vulnerable.

‘So if we do have a cold, we don’t go out,’ he said. ‘We are wearing masks when we’re asked to. We can operate under limited restrictions by the government because as a community we now understand better what we need to do.

‘We get a rapid antigen test if we’re feeling unwell, we stay away from indoor spaces and so on. The public is well versed in this and I think we can do it.’