New Zealand will keep its border closed to New South Wales for at least another 12 days, officials said.

The decision comes as NSW recorded 11 new locally acquired cases of Covid-19 on Thursday, and after a passenger on a trans-Tasman flight tested positive to the virus on Tuesday.

New Zealand will keep its border closed to New South Wales for at least another 12 days, officials said. Pictured: A Qantas Airbus A330 aircraft takes off destined for Sydney next to Air New Zealand aircraft 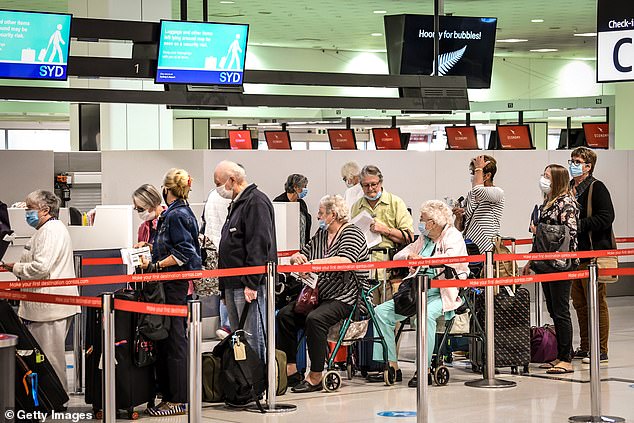 ‘There are now 36 recent community cases of COVID-19 in New South Wales – including four not yet linked to the existing outbreak that are urgently being investigated by Australian health officials,’ Mr Hipkins said.

‘This decision follows a further public health assessment today in which officials consider a range of factors – whether any new cases are identified, the results from COVID-19 testing of any contacts identified and from the wider Sydney community.’

New Zealand health officials pulled up the draw bridge for hotel-quarantine free travel at 9.59pm (AEST) on Tuesday for a period of 72 hours.

But with the still outbreak continuing to wreak havoc on Sydney, Mr Hipkins conceded there was no choice but to suspend the trans-Tasman bubble for a prolonged period. 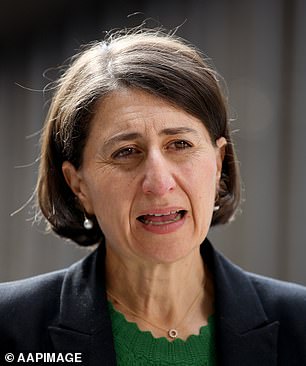 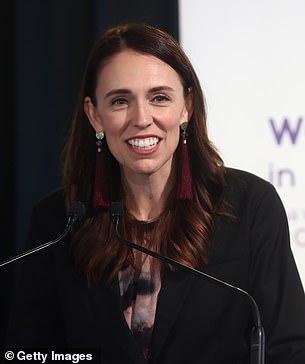 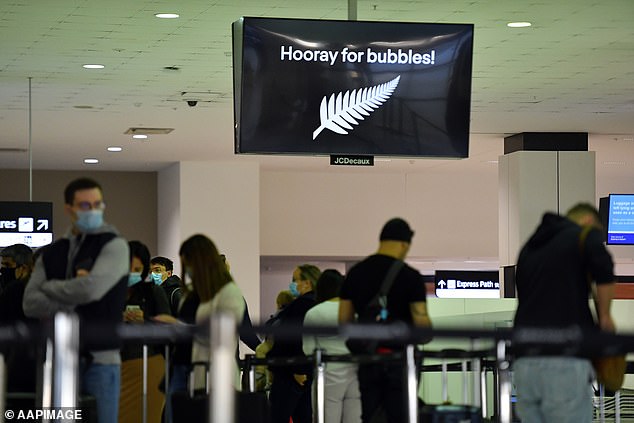 New Zealand have pulled up the draw bridge to Western Australia and Victoria on one occasion and slammed the door shut on NSW twice since the trans-Tasman travel bubble came into effect on April 19. Pictured: Departure passengers to New Zealand wait to check in at Sydney International Airport, Sydney, Monday, April 19

Since Australian and New Zealand trans-Tasman travel bubble came into effect on April 19, there have been numerous occasions where it has been halted due to outbreaks.

New Zealand have pulled up the draw bridge to Western Australia and Victoria on one occasion and slammed the door shut on NSW twice.

At the time of the announcement New Zealand Prime Minister Jacinda Ardern warned that the rules could be subject to rapid change if an outbreak occurs in either country.

‘Those undertaking travel on either side of the ditch will do so under the guidance of flyer beware,’ Ms Ardern said.

‘People will need to plan for the possibility of travel being disrupted if there is an outbreak.’ 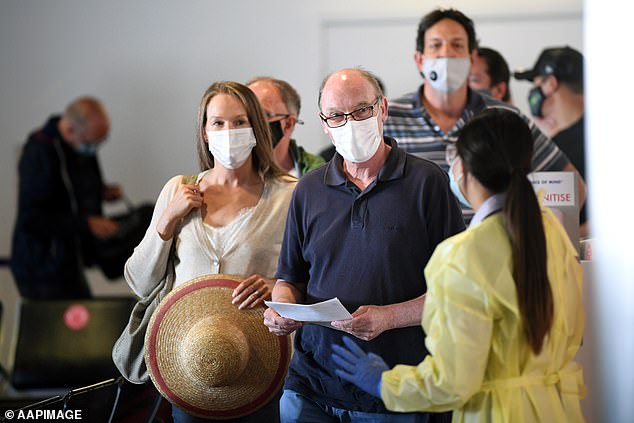 Pictured: Passengers receive a Cover-19 check from NSW Heatlh officials after arriving on Flight VA849 from Melbourne at Sydney Domestic Airport in Sydney 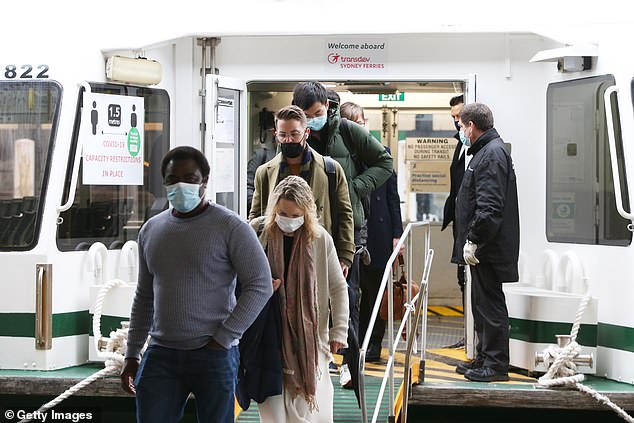 Despite the growing case numbers, Ms Berejiklian was standing by her policy of not imposing a blanket lockdown on the city. Pictured: Commuters donning face masks are seen in Sydney

Of the 11 new cases reported on Thursday, all but one were linked to a known case or the Bondi cluster.

The one case with an unknown source was a man in his 40s; the second man in as many days without a traceable contact.

Despite the growing case numbers, Ms Berejiklian was standing by her policy of not imposing a blanket lockdown on the city.

‘This is perhaps the scariest period that New South Wales is going through,’ she said.

‘It is a very contagious variant but at the same time we are comfortable that the settings we have in place are appropriate.’

The premier herself was now considered a casual contact of a positive case after  the state’s parliament building was added to the list of exposure sites, but she tested negative to Covid on Thursday morning.

One of the new overnight cases was NSW Agriculture Minister Adam Marshall, who confirmed he had tested positive after dining at a restaurant in Sydney’s east at the same time as a previously reported case.

‘This morning just after 8am I was formally advised by NSW Health that I had returned a positive test for Covid-19,’ Mr Marshall said on Thursday.

‘I’m doing fine and will continue to strictly follow the advice of health authorities.

‘I have been in isolation in Sydney since late Tuesday night, when I received a text message from NSW Health.’