Vision has captured the incredible moment a VFL game was abruptly cut short after Queensland announced a snap three day lockdown on Saturday.

Gold Coast Suns vs Southport Sharks players were called off the field ten minutes into their first quarter, with AFL organisers pulling the plug on the match.

‘Due to Covid this game has been officially cancelled’ the commentator says, with the move reportedly informed by Suns senior coach Stuart Dew. 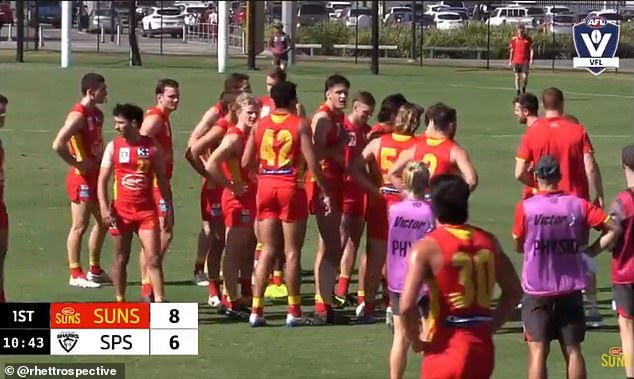 ‘Players have been called off immediately.’

In the video uploaded to Twitter, Football players are seen looking confused amid the chaos of the lockdown announcement, which isn’t set to kick in until 4pm Saturday.

The Southport Sharks later posted via Twitter that the AFL has advised no further VFL games held in Queensland are to go ahead, including Aspley Hornets vs Essendon and Brisbane Lions vs Sydney Swans matches. 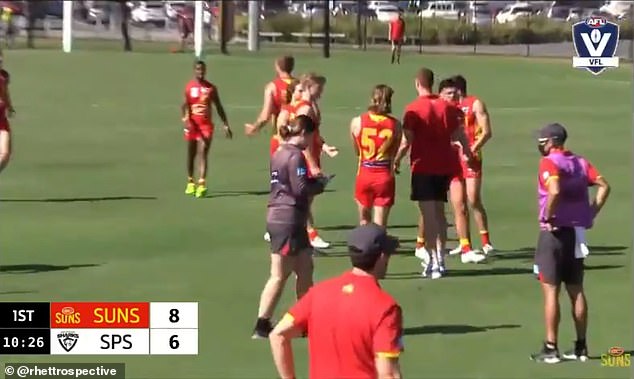 Players look confused amid the chaos of the lockdown announcement, which isn’t set to kick in until 4pm

The NRL, AFL and Super Netball schedules have been thrown into chaos with southeast Queensland about to enter a snap three-day Covid lockdown.

The Queensland government announced the lockdown, starting at 4pm on Saturday, after recording six new community cases of the virus in the past 24 hours.

When asked if the lockdown applied to professional sporting fixtures, Queensland chief health officer Jeanette Young replied: ‘There will be no football matches’.

‘No community sport, no professional sport, nothing for the next three days,’ Young said.

The ban has huge ramifications for three codes.

Melbourne were en-route to the Gold Coast when the lockdown was announced ahead of Saturday’s AFL clash with the Suns at Metricon Stadium.

That game, as well as Saturday’s clash between Essendon and Sydney and Sunday’s match between GWS and Port Adelaide, are all expected to be postponed by the AFL. 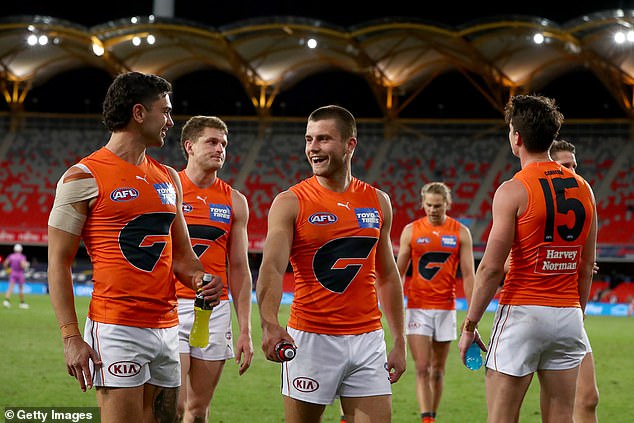 GWS Giants clash with Port Adelaide on Sunday is set to be postponed as Queensland CHO Jeanette Young says: ‘There will be no football matches’

The Giants are one of three interstate teams, including Sydney and Essendon, currently based in Queensland along with the Suns and Brisbane.

The NRL is in urgent talks with the Queensland government with the lockdown threatening most of this weekend’s matches.

St George Illawarra and South Sydney’s match in Rockhampton on Saturday afternoon is in doubt due to teams from the competition’s Brisbane hub being unable to play in a different location. 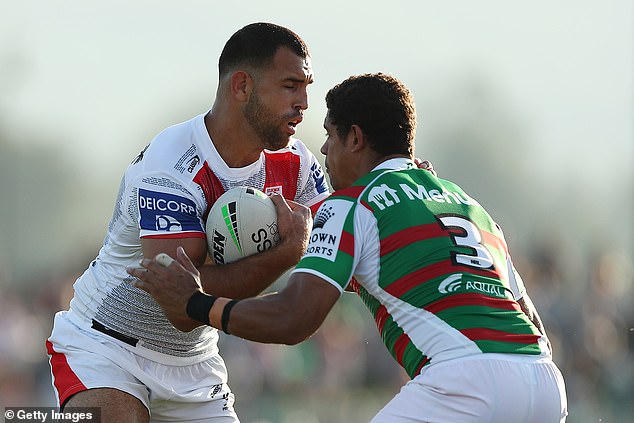 South Sydney players landed at Rockhampton Airport on Saturday for their scheduled 3pm clash against the dragons but have since been told they are unable to exit the plane.

Amid the Covid-19 lockdown chaos a Rabbitohs player told The Daily Telegraph they had ‘no idea’ what is going on.

The team has since been instructed to fly back to Brisbane after the NRL placed all 16 clubs on Level 4 Biosecurity Protocols.

Dragons player’s were awaiting confirmation of Saturday’s 3pm clash with South Sydney, due to fly from Brisbane to Rockhampton, but were told moments before departure that their flight was delayed. 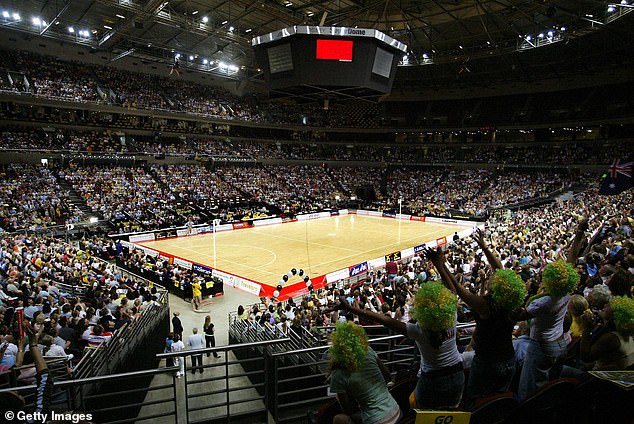 In a mad scramble to keep the competition afloat the NRL are now considering whether to postpone the game to Sunday.

Brisbane’s Suncorp Stadium was meant to host a double-header on Saturday with Newcastle against Canberra and Melbourne facing Penrith.

The Knights vs Raiders match was originally scheduled for 5.30pm but has since been moved to Townsville.

There are also games scheduled for the Gold Coast and Rockhampton on Sunday.

The Super Netball competition, relocated entirely to southeast Queensland for its remaining rounds, is also facing issues with three games scheduled for Monday and Tuesday that will have to be rescheduled.