The daily number of Covid-19 cases in New South Wales has continued to drop as the state records 608 new locally acquired infections on Tuesday.

Seven people have died overnight – six men and one woman.

Of the deaths, five were unvaccinated while two had only received one dose of the Covid vaccine.

Across the state, 88.5 percent of eligible people have received their first dose of the vaccine, and 67.5 percent have been double jabbed.

Out of 85,642 covid tests conducted overnight, 83 infections were identified in south western Sydney and 96 recorded from the Western Sydney Local Health District.

An additional 51 new cases were recorded in the Illawarra and Shoalhaven with 65 identified in the Hunter region. 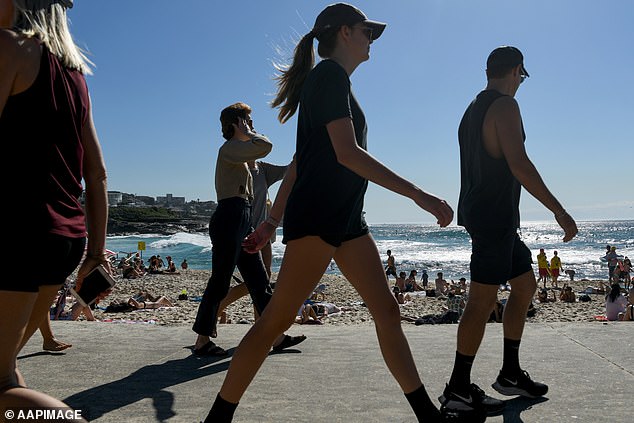 Tuesday’s case numbers for the city are lower than Monday’s 623 as the state’s daily infection rate begins to gradually decline with NSW on the road towards reopening.

Every council area in NSW has now achieved 70 per cent first-dose coverage of its population aged 15 and over.

Byron Shire, in the state’s north, had a notable increase in uptake – the area’s first-dose rate grew from just under 67 per cent to 72 per cent in one week. 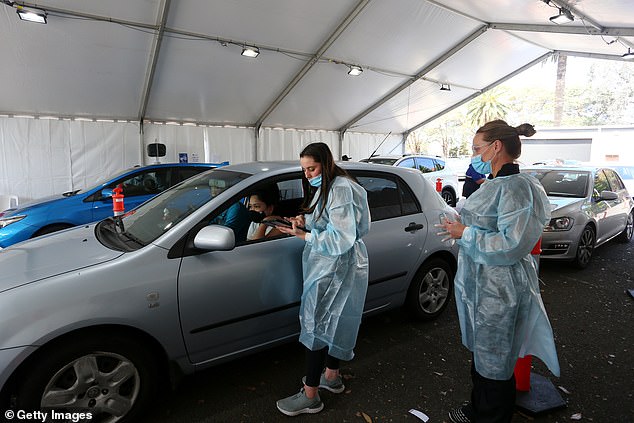 85,642 Covid tests were conducted overnight and 88.5 percent of eligible people have received their first dose of the vaccine

The City of Sydney also passed the 70 per cent milestone in the past week. At 71.4 per cent, the council’s vaccination rate is the lowest in the state, although experts have posited this.

It comes as Dominic Perrottet was elected as the new Premier to replace Gladys Berejiklian in a meeting of the Liberal party room on Tuesday.

Mr Perrottet has been a prominent voice in pushing Freedom Day closer for NSW residents with speculation eased Covid restrictions could arrive as early as this week. 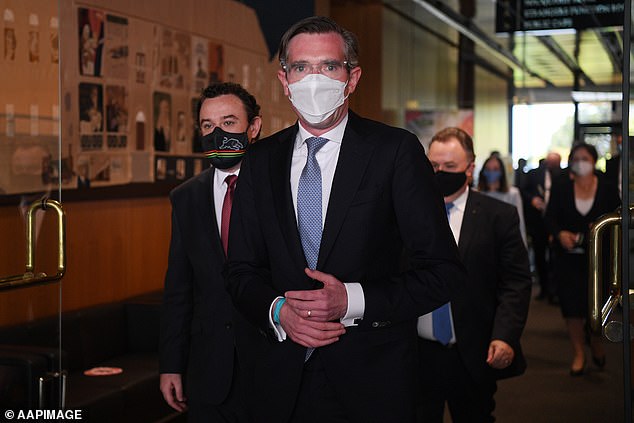 ‘The information I’ve got is he will seriously consider bringing forward Freedom Day for NSW to this Friday,’ Nine News political reporter Chris O’Keefe said on the Today show on Monday.

‘So instead of waiting until Monday 11, pubs will open, you’ll be allowed to have people over to your home this Friday.’

The rescheduling will mean residents could return to shops and hospitality venues, meet in groups of 20 outdoors and have five visitors to their homes in just a few days time.

Areas at over 95% vaccination rate for first dose: 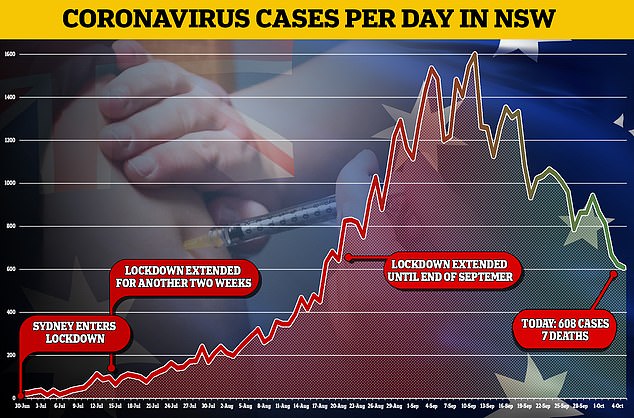