NSW top doctor Kerry Chant has laughed off wearing her glasses crooked while giving a Covid press conference after they broke minutes earlier.

The chief health officer was asked a question after she announced 77 more cases of coronavirus in Sydney’s outbreak and needed her glasses to read her notes.

‘Yes, certainly. I’ll just turn to that page and put my glasses on because I’m getting old,’ she replied. There was one problem – they had just broken. 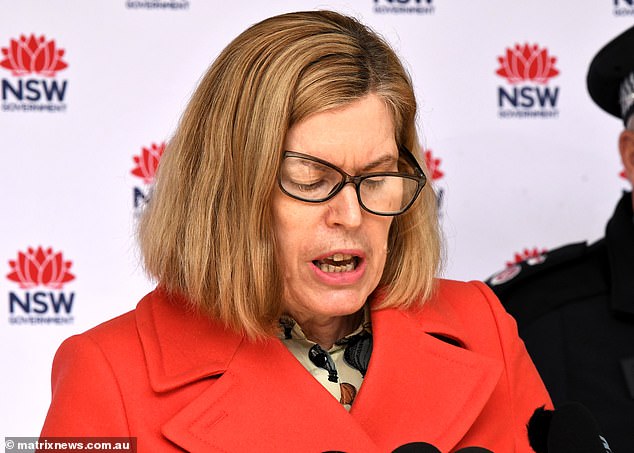 As Dr Chant put on the crooked one-armed glasses, she reminded viewers that the massive spike in cases was a ‘very serious matter’ and asked they not be distracted

As Dr Chant pulled her one-armed pair of glasses from her pocket, a wave of sympathy could be heard from the crowd of reporters.

As she put on the crooked glasses, she reminded viewers that the state’s massive spike in cases was a ‘very serious matter’ and asked they not be distracted.

Dr Chant continued despite the awkward moment, announcing there were 52 Covid patients in hospital, with 15 people in ICU, and five on ventilators.

‘Twenty three of the people admitted to hospital at the moment with Covid are under the age of 55, so that dispels the myth that this is only severe for the elderly,’ she said.

Of the 77 new infections, NSW Premier Gladys Berejiklian announced 33 of the cases were out in the community while infectious. 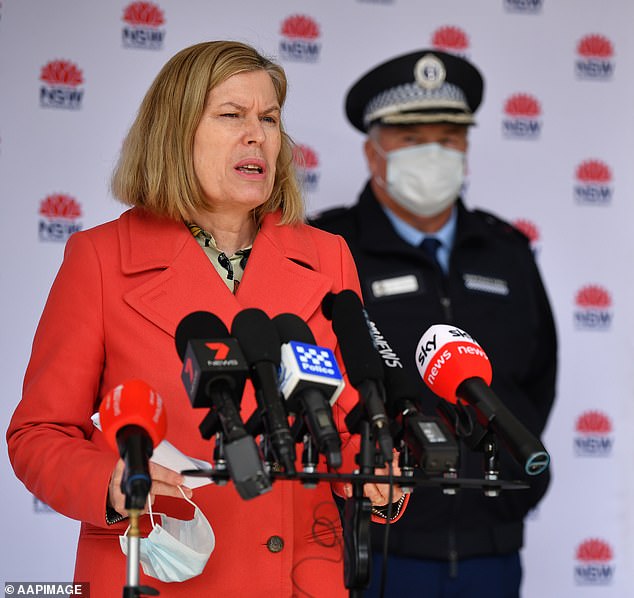 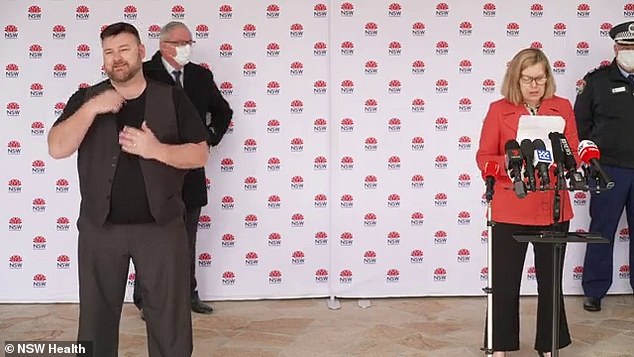 Dr Chant continued despite the awkward moment, announcing there were currently 52 Covid patients in hospital, with 15 of them in ICU and five on ventilators 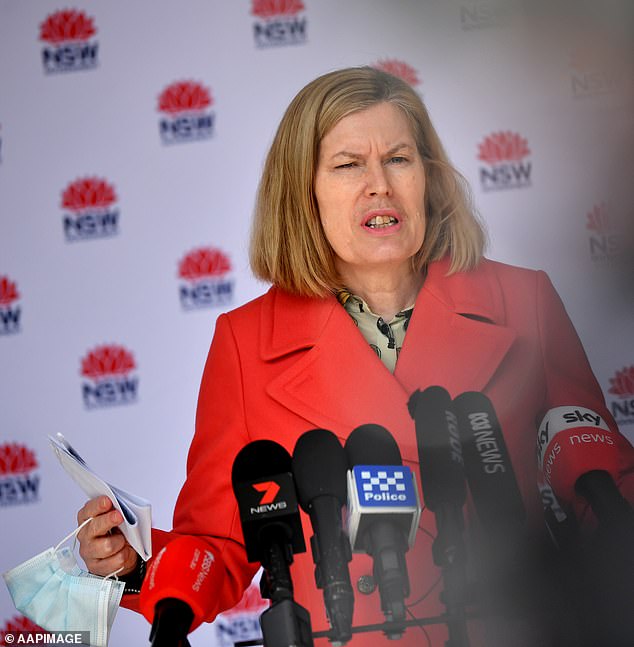 The state premier warned the figure was likely to skyrocket with more than 100 cases expected to be recorded on Monday.

A 90-year-old unvaccinated woman has also died after contracting the virus.

‘I want to extend my deepest condolences to their families and loved ones,’ Ms Berejiklian said.

Dr Chant said the majority of cases were identified in south-west Sydney – which has recently been targeted by police with extra officers deployed to the area to monitor lockdown compliance.

‘I need to give frank advice that the case numbers in south-western Sydney are extraordinarily high,’ she said. ‘We know transmission is going through households, from household to household.’

More than 50 of the 77 new cases were close contacts of Covid-19 positive cases.

‘I’ve spent a lot of my working life in south-western Sydney and I appreciate the strengths of the family. It’s wonderful to see,’ Dr Chant said. 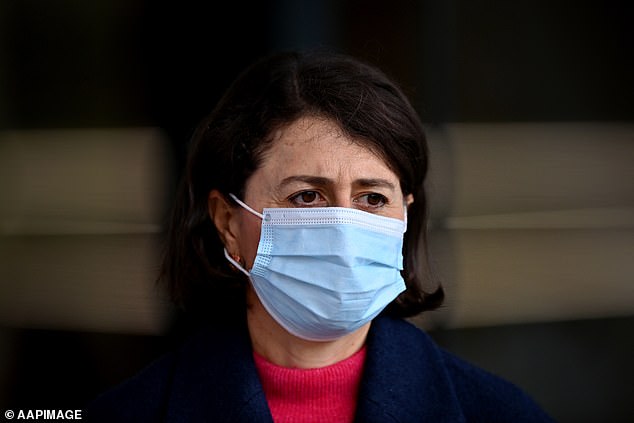 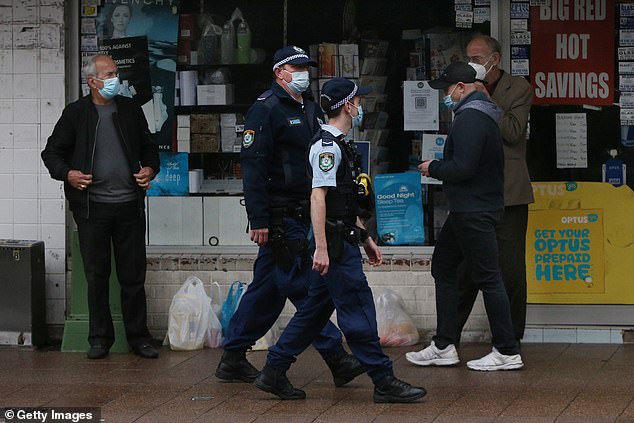 ‘But at this time, those close connections between family groups is actually so detrimental to achieving a public health outcome.

‘So what we’re finding is that we’re having to strengthen, you know, strengthen the messaging to get it really clear that… your household is your family group.’

Ms Berejiklian reminded Sydneysiders to obey lockdown orders after they were tightened with residents ordered to wear face masks in apartment buildings and everyone outside of Sydney banned from coming in.

‘We can’t stress enough the importance of not only following the rules but also realising the risk that the people who will suffer the most – if you don’t worry about yourself, that’s fine,’ she said.

‘Even though it’s affecting people of all age groups. If you don’t worry about yourself, that’s your decision. 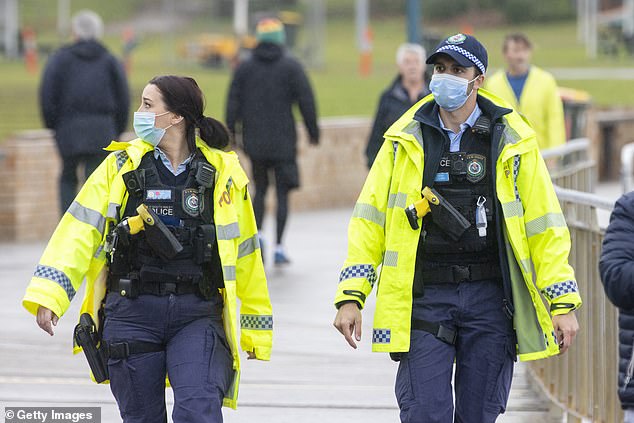 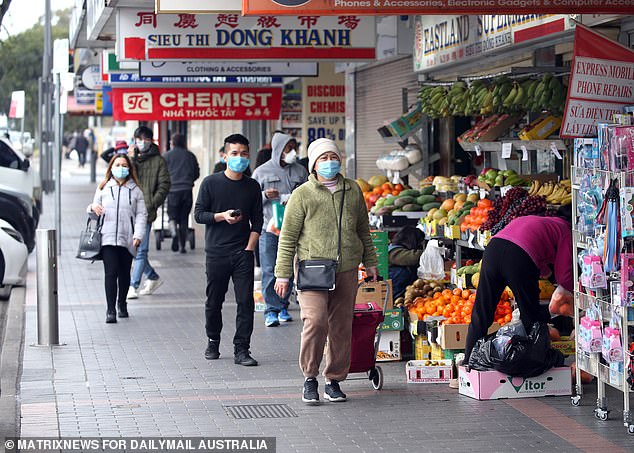 ‘But think about your closest family members, your closest people in your life, they’re the people that are most impacted.’

She would not clarify if the lockdown would be extended and would wait to see how the Covid-19 outbreak developed before making any decision.

‘The numbers aren’t going in the right direction,’ she said. ‘That’s pretty obvious to everybody.

‘And the number that concerns us the most is the number who’ve been exposed in the community.

‘Unfortunately, I know that for a few days, as soon as we have health advice that gives us information on where the numbers are tracking and what we think the future looks like, we’ll convey that.’

Dr Chant warned it would be some time before the lockdown would have its intended impact and reduce case numbers. 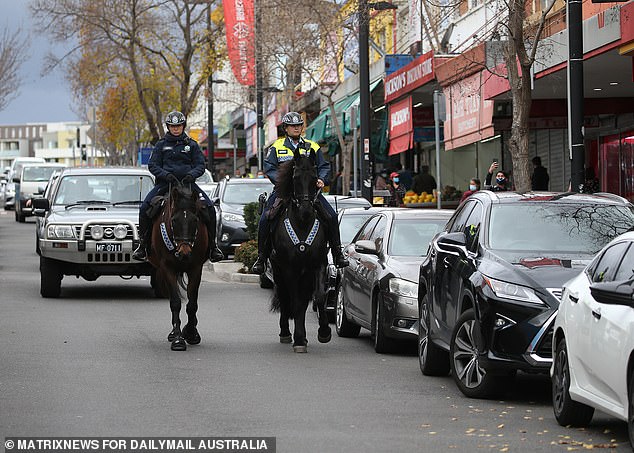 The chief health officer said it would be ‘some days’ before the number of daily cases turned around, warning the numbers might increase due to high testing rates 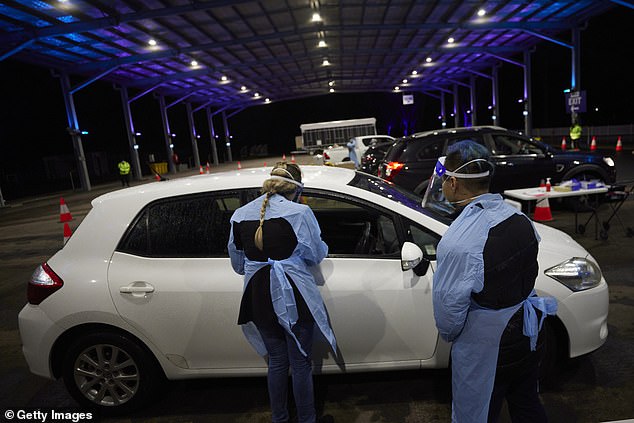 ‘I think it’s going to be a number of days before we turn around,’ she said.

‘And to some extent, we’re trying… The numbers might actually increase because we’re ramping up testing to get ahead of the transmission curve.’

The health officer also urged residents to get their second dose of AstraZeneca after six weeks instead of the recommended three months.

‘While the interval was three months, at this time because the case numbers are high, we want people to come forward and get vaccinated around that 6-week mark,’ she said.

‘We know that for the Delta variant you need the two doses so by calling people to get a second dose, we might sacrifice a bit of long-term protection but we’re making sure you’re protected earlier and at this time, that’s the strategy we’d suggest.’

– Residents are only be able to travel to Greater Sydney to access goods and services that are not available in their area.

– Travelling into the area for exercise or outdoor recreational activities is no longer a valid excuse.

– They are also only be allowed to travel to attend a funeral or memorial service as long as there are no more than 10 mourners.

– Face masks must also be worn at indoor construction sites at all times.

– On Tuesday, the restriction will be extended to all indoor common property areas of residential premises in Greater Sydney including the Blue Mountains, Central Coast, Wollongong and Shellharbour.

– Residents who live in apartments will be required to wear the extra protection when taking the lift or waiting in the lobby.