Social media personality Jon-Bernard Kairouz became an overnight celebrity by  accurately forecasting how many cases there would be in NSW for five straight days.

His run ended on Monday amid claims NSW Health had deliberately fed him incorrect data to identify his source.

Mr Kairouz has repeatedly insisted he uses complex maths equations to predict the new figures and doesn’t rely on a mole inside the health department.

He incorrectly forecast on Sunday night there would be 109 cases the next day, which differed from the 98 cases Ms Berejiklian announced at 11am Monday.

Mr Kairouz claimed health officials may have tweaked the figures to prove him wrong, and confidently claimed there would be 76 new cases recorded on Tuesday.

He also claimed a public servant had been wrongly sacked by the NSW Government over his videos.

‘Some have said that the numbers were changed to discredit the maths,’ he told Nova’s Fitzy & Wippa show on Tuesday morning.

‘Nothing to do with your calculations?’ co-host Michael ‘Wippa’ Wipfli asked him.

‘As I said five from six really speaks for itself. I’m pretty certain it was six from six,’ Mr Kairouz said.

‘So you think Gladys may have lied just to trump you?’ Wippa asked.

‘I believe so,’ the comedian replied.

Mr Kairouz also said he still backs his ‘maths to the hills’ as he accused the state government of putting out the wrong figures to ‘trump’ him.

‘That is quite sad because they’ve sent booby-traps for a local comedian who is doing maths,’ the western-Sydney based comic said. 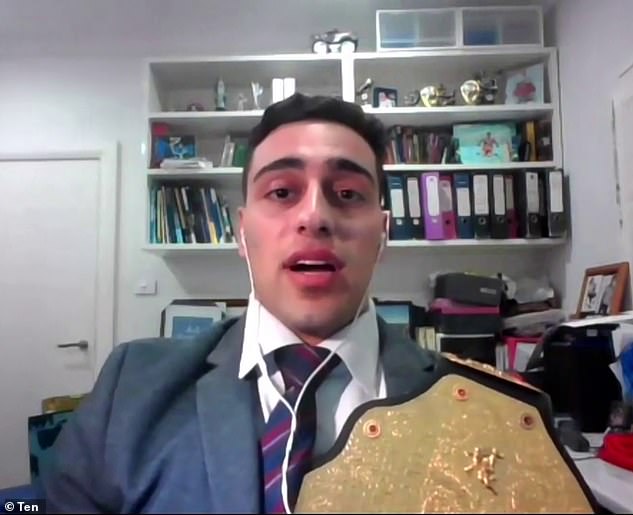 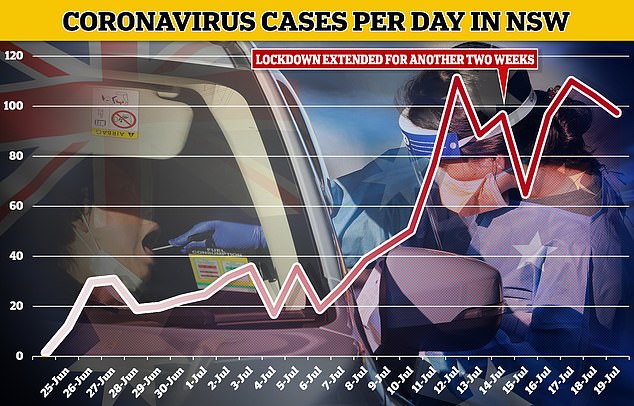 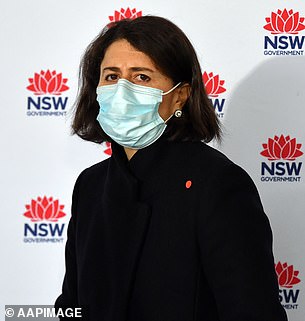 ‘Some poor bastard has been sacked and I feel for him because I was just doing arithmetic and they’ve set this high-level surveillance on him.’

He also denied another theory that he was using the federal government’s Coronavirus Australia app to calculate how many cases there would be in NSW.

‘I’m being completely upfront with you guys, I wasn’t getting it from either [the app or an inside source],’ he said.

Health Minister Brad Hazzard was on Monday asked whether NSW Health used a ‘sting’ to foil Mr Kairouz and make him predict the wrong number.

‘Absolutely not,’ he responded. ‘There was no sting, we are not chasing people, but the figures will [now] be distributed on a needs to know basis.’

The change reflected a growing concern within the government that Mr Kairouz’s videos posed a threat to public health.

Mr Hazzard denied the issue was discussed at cabinet level, but said he spoke to the heath department about the need to restrict access to cases data.

‘Clearly somebody in the system was feeling the need to disclose those figures to somebody who was not an appropriate person to be making commentary about it,’ he said.

Entertainment reporter Peter Ford earlier told Seven’s The Morning Show that a ‘witch hunt’ was conducted inside NSW Health to find the leak.

‘My information is… that they set traps for him, and they may have borne fruit,’ he said. ‘They may have now found the person that it is.’

The prankster claimed on Channel Ten’s The Project on Sunday he and his brothers calculate the figures by using the ‘Kairouz probability algorithm’.

When pressed by the show’s host Jan Fran about how he does it, Kairouz said it just comes down to simple maths.

‘The diagrams are called homoeomorphic irreducible trees and that is combined with all the other variables we include such as the diameter of Fairfield and the circumference of southwest Sydney,’ he told the panel while holding a gold wrestling belt over his shoulder. 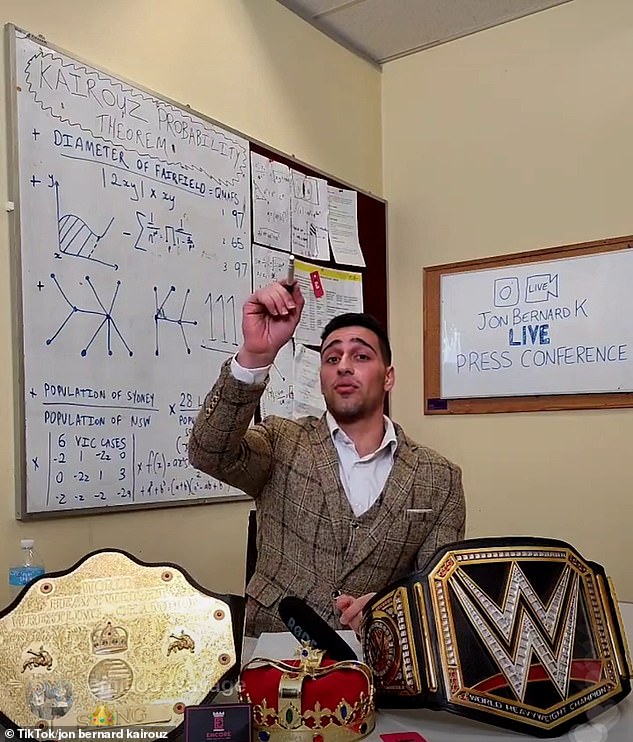 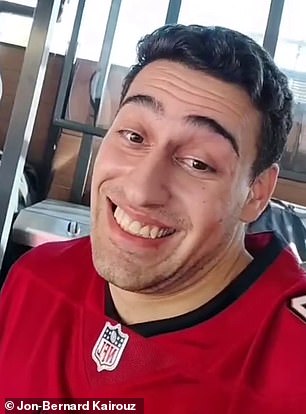 Kairouz had been making his daily prediction about 10.30pm most nights.