Covid-19 Australia: Vaccination passports likely to be rolled out in NSW as Victoria follows suit

Unvaccinated Australians WILL be banned from AFL, NRL and cricket after MCG super-spreader kicked off Melbourne’s fifth lockdown

By Aidan Wondracz and Sam McPhee For Daily Mail Australia

Unvaccinated Australians will soon be banned from visiting sports stadiums and instead be forced to watch games from their televisions.

Plans are already underway to make ‘vaccine passports’ mandatory in New South Wales while a similar approach is being considered in Victoria.

Fans will need to have both Covid-19 jabs to visit a stadium and watch big sporting events like the NRL, AFL, or cricket.

Venues NSW chairman Tony Shepherd will put forward his proposal to the state government in the next few weeks and hopes they will be approved by next year. 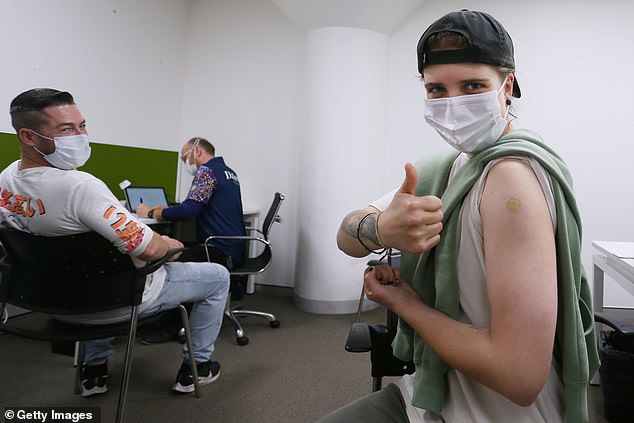 ‘If you choose not to have the jab that is your civil right in a free country but the Delta strain is extremely transmissible and we need to do something to reopen our stadiums,’ he told The Daily Telegraph.

‘The venues will have to say you can’t attend. Simple as that.’

Fears have been raised that sporting stadiums could become super spreader events following the latest outbreak in Victoria which forced the state into its fifth lockdown.

The MCG and nearby AAMI Park became the focus for health officials after thousands of people were exposed to the Deltra strain across two major sporting events in July.

An infected person attended the Carlton and Geelong game at the MCG on July 10 which led to several cases, while another fan with the virus supported the Wallabies as they played France at AAMI Park on July 13.

Victorian health officials were able to contact trace all potential close contacts and the state-wide lockdown ended on July 27.

The possibility that the stadiums could have worsened the outbreak prompted the Victorian Government to seriously reconsider crowds at sport stadiums.

Premier Daniel Andrews said at a press conference on July 21 that officials would make an ‘informed discussion’ about reopening games to vaccinated residents. 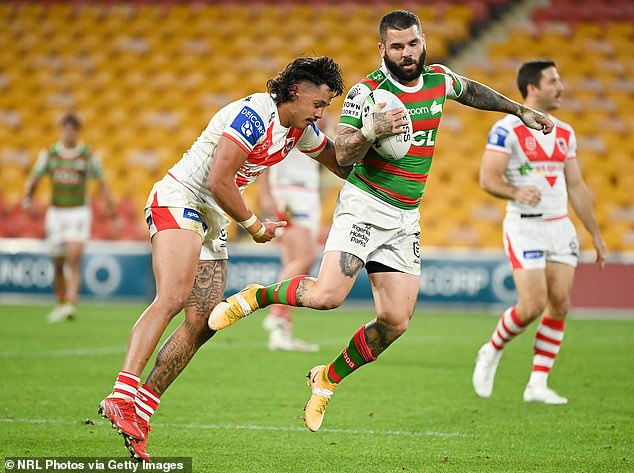 Fans will need to have both Covid-19 jabs in order to visit a stadium and watch big sporting events like the NRL, AFL or cricket

‘[The vaccine] will be here September, October, November… then I think we can have an informed discussion and say: “Right, we’re at X per cent, here’s all the benefits that might flow from that”,’ he said.

The premier said vaccinated fans being able to attend games would be part of a wider attempt to incentivise people to get the jab.

‘Once we’ve got many, many more people with the jab, we can then have a discussion about what that might mean for them, freedom of movement, changes that deal with some of the risks we face,’ he said.

Mr Shepherd said introducing a vaccination passport at NSW stadiums would not only protect spectators but increase crowds and revive the sports industry. 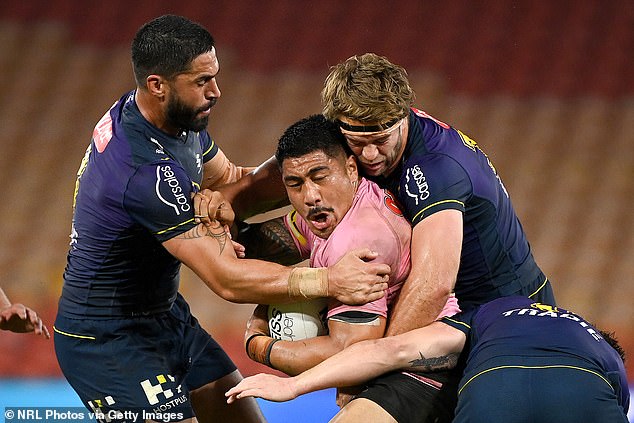 The state has already lost tens of millions of dollars after its NRL teams were forced to move to Queensland to finish playing the season.

Speaking at a press conference on Monday, premier Gladys Berejiklian dodged questions whether the proposal for a vaccination passport would be approved by the state government.

‘People are worried about getting to work and getting kids back to school,’ she said.

‘They are the priorities at the moment. Any incentives we can provide to encourage people to get vaccinated and stick to the health restrictions, that is our priority.’

‘Those other things are great and will come in good time.’