Desperate Aussies ‘are TURNED AWAY from testing clinics on Christmas Day’ due to overwhelming demand with waiting times up to seven hours – as Australia records 9,991 cases

Aussies ‘were turned away’ from over-run Covid testing sites on Christmas Day with thousands waiting for a test as the nation closed in on a record 10,000 cases in a day.

The Mayor for Randwick, in Sydney’s east, Dylan Parker, said he’d been told local testing clinics had gone into ‘meltdown’ because of the numbers needing tested.

‘Hundreds of people waiting in line for several hours with multiple drive-throughs shut,’ he said.

‘Reportedly now Prince of Wales hospital is no longer accepting walk-ins as the line is too long.’ 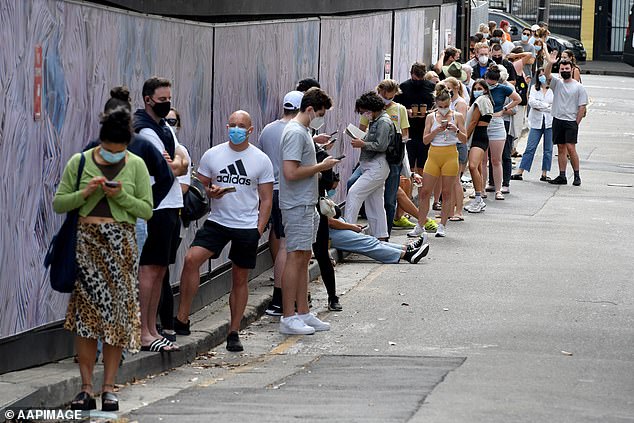 One person who lined up for a swab at the hospital told The Daily Telegraph they arrived at 8am for the clinic to open at 9am but weren’t tested until 3.30pm.

‘At 2pm they said, “Look, we just can’t test everyone who is already lined up”,’ they said.

‘One woman said she had taken four positive rapid antigen tests and they just had to turn her away because they didn’t have the staff. There were a lot of angry and frustrated people.’

A spokesperson for Prince of Wales denied anyone had been turned away but told Daily Mail Australia the queue had been very long.

‘They don’t turn people away but the queue was very long as it is at other testing sites,’ they said.

NSW wasn’t the only state with agonisingly long lines with the Sandringham Hospital in Melbourne seeing a four-hour wait early on Christmas morning. 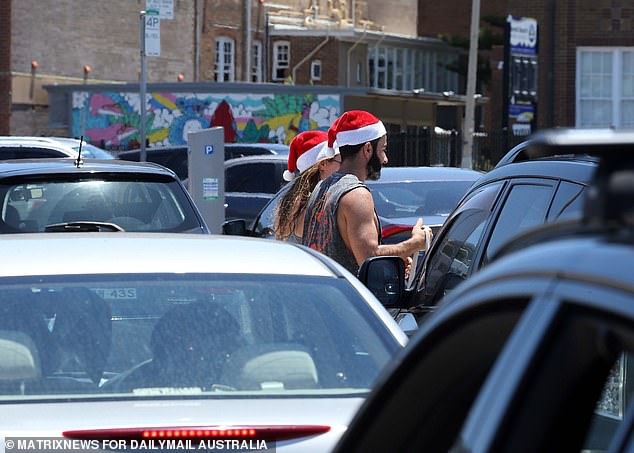 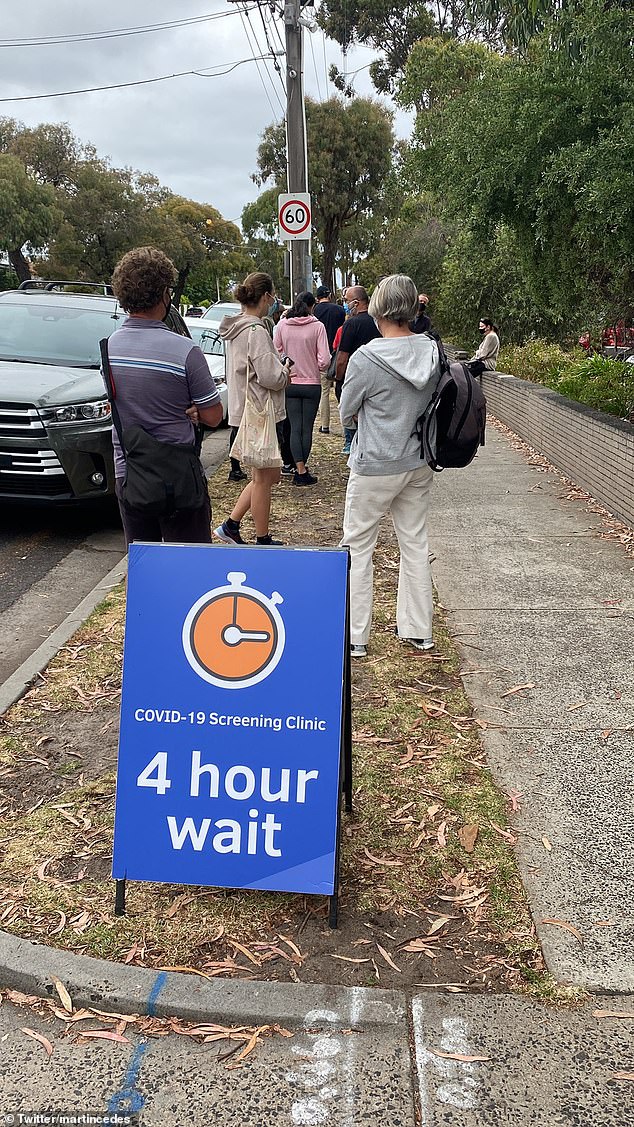 The testing madness comes after Australia recorded a total of 9,991 Covid-19 infections, with NSW and Queensland both seeing their highest daily case numbers on Christmas.

NSW suffered a record 6,288 new cases while Victoria saw another 2,108 and six deaths on Saturday.

Hospitalisation rates in NSW have slightly increased to 388 – up from 382 reported on Friday. The number of ICU patients has dropped to 52 – down from 53.

In Victoria, hospitalisations have dipped to 361 – down from 397 – while ICU rates have followed the same trend with 71 patients being treated – a dip from 75. 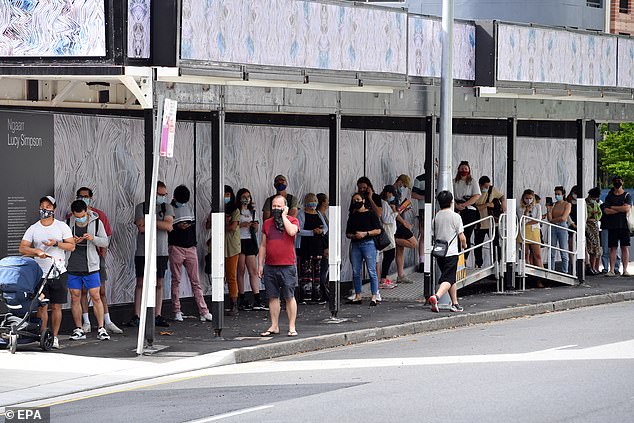 The testing madness comes after Australia recorded a total of 9,991 Covid-19 infections, with NSW and Queensland both seeing their highest daily case numbers on Christmas (pictured in Sydney)

The Sunshine State too saw a spike in cases with 765 new infections on Christmas – an increase from the 589 on Friday.

South Australia tallied another 634 infections, the ACT had 142 and the Northern Territory had 19 new cases with one being in a Royal Darwin Hospital employee.

Compulsory mask-wearing is now in place across almost every state and territory as leaders try to limit the spread of the highly-infectious Omicron variant over Christmas. 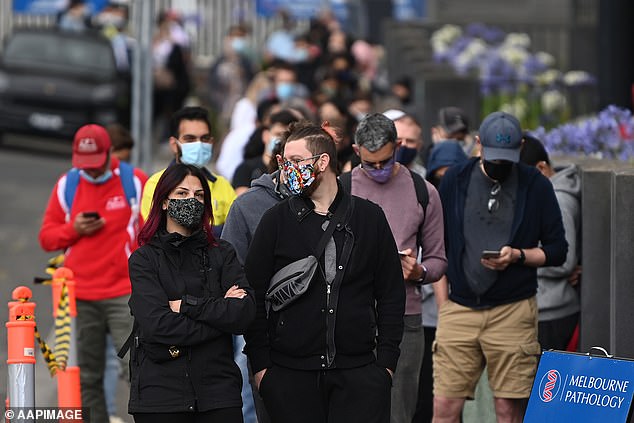