Gladys Berejiklian is the only Australian leader who believes New South Wales can get its freedom back by vaccinating its way out of lockdown, a top health expert has warned.

Ms Berejiklian this week set the the ambitious target of getting six million jabs in arms across the state by the end of August.

She said at that point half the state’s eligible population would be vaccinated and she would consider easing Sydney’s lockdown – which is in place until at least August 28 to stop the spread of the highly-contagious Delta strain.

But Australian public health strategist Professor Bill Bowtell said the NSW premier was fooling herself if she thought that was enough to give her residents freedom.

He called on the state leader to ‘go back to Covid zero’ by implementing Victoria-style night curfews and forcing Sydneysiders to wear masks in all outdoor spaces.

Pictured are Sydneysiders outside the Sydney Opera House on Thursday. A top health expert has warned New South Wales Premier Gladys Berejiklian to stop trying to ‘vaccinate our way out of lockdown’ and get back to a policy of ‘Covid zero’ by locking the city down even harder 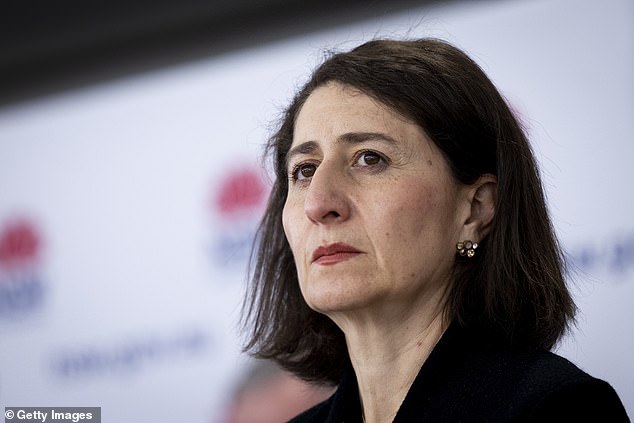 Premier Gladys Berejiklian on Thursday. She has set the the ambitious target of getting six million jabs in arms across the state by the end of August

‘We cannot vaccinate our way out of this crisis,’ the UNSW strategic health policy consultant told the Today show. ‘The only person who holds that view is the premier of NSW and her crisis cabinet.

Ms Berejiklian, he claimed, had now moved towards a policy of ‘living with Covid’ in NSW.

‘I don’t think that’s what the people of Australia or NSW want,’ he said.

He said the state needed to first eradicate Delta from the community and then wait until the vast majority of the Australian population is vaccinated against the virus.

‘We have got to go back to COVID zero and then let’s hope the vaccines come along,’ Professor Bowtell said.

‘At 70 to 80 per cent [of residents vaccinated in NSW] we can start thinking sensibly about how we open up and do all the other things we want to do. 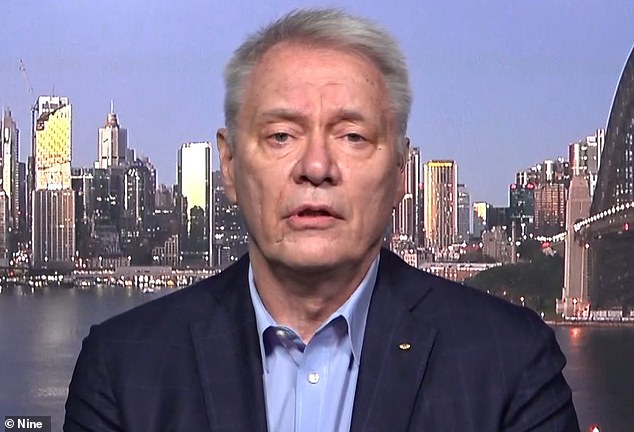 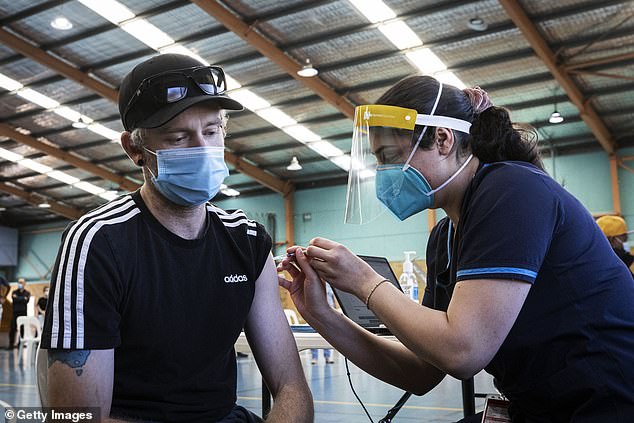 The restrictions will last for at least a week and came after just eight ‘mystery’ cases with no known source were uncovered.

It marks the sixth time Victoria has been locked down, with state premier Dan Andrews telling weary residents he had ‘no choice’ but to act – despite Australia being one of just a few countries still pursuing a ‘zero Covid’ strategy. 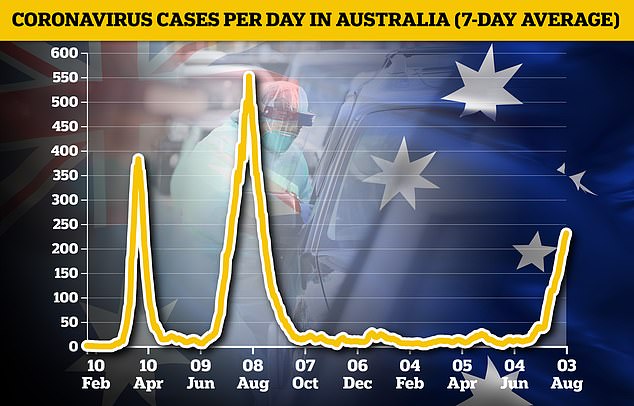 Australia is suffering a third wave of Covid driven by the more-infectious Delta variant of the virus, which lockdowns are struggling to suppress

‘I can’t tell you how disappointed I am to have to be here doing this again,’ he said.

‘But with so few in the community with one vaccination, let alone two, I have no choice but to accept advice, and we collectively [have] to make this important decision to keep Victorians safe.

‘The alternative is we let this run … away from us and our hospitals will be absolutely overwhelmed [with] not hundreds of patients but thousands.’