Stripper turned Covid-19 conspiracy theorist Eve Black has revealed she has moved into a convent with nuns to get ‘closer to God’.

Black, whose real name is Eugenia Limberiou, went viral in July for filming herself driving through a Melbourne police checkpoint in defiance of lockdown laws.

The 28-year-old became a national disgrace after performing the stunt and uploading the video to Facebook, where she was largely slammed.

She was dramatically arrested days later in Carlton by police who were allegedly forced to smash in her car window.

Following her arrest, Black was exposed as a topless waitress and stripper who has performed at swingers parties in Melbourne.

Now the Covid denier claims she is on a path to religious enlightenment and is living with nuns to build her relationship with God.

Documenting her new journey,  Black has shared a series of posts on Instagram of her time inside the nunnery, where she is ‘relearning womanhood’.

‘I have been staying in an orthodox convent. It’s super serene … I am feeling very serene,’ she wrote online.

A picture posted on Wednesday shows Black wearing a long, baggy pink dress, shawl and a cross around her neck.

‘Things that once felt modest no longer do. I’m not saying I’ll never wear anything form fitting ever again,’ she wrote.

‘But since my stay in the convent, I’m definitely feeling like I want to continue honouring God by not accentuating my curves so much.’

Black gloated in last year’s Facebook video about making it through a Melbourne Covid-19 roadblock without telling officers where she was going. 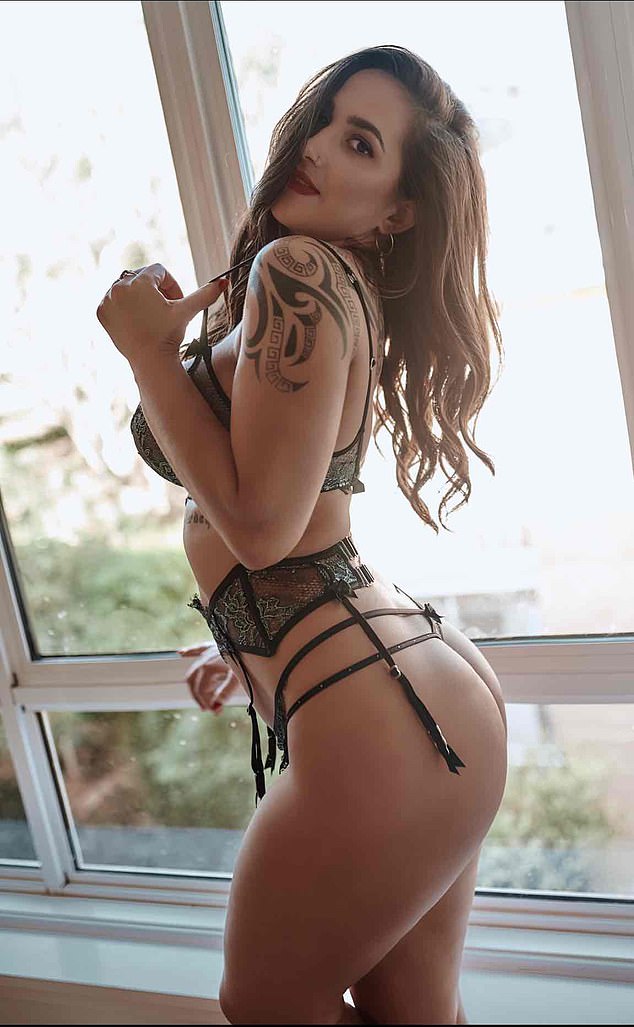 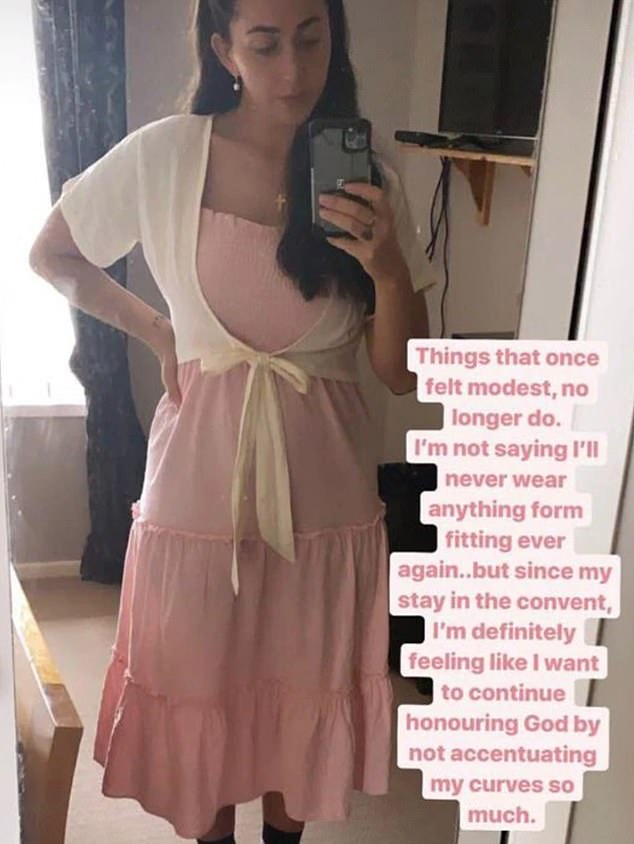 Black has been documenting her new religious journey online (pictured), revealing she is living with nuns ‘to get closer with God

After that video went viral, the 28-year-old tried the same trick again in the inner-city suburb of Carlton but was far less successful, leading to her arrest.

Victorian Premier Daniel Andrews lashed out at the Black at the time, declaring the COVID restrictions were not about human rights.

‘This is about human life’, he said.

Black is faces fines up to $10,000 after being charged with several offences, including failing to provide her name and address and breaches of directives from the chief health officer.

She is due to appear at the Melbourne Magistrates’ Court next month.