The man who died in a Queensland hospital from Covid-19 was former governor and business man from Papua New Guinea, Mal Kela Smith.

Mr Smith, 77, passed way in Redcliffe Hospital on Monday after the dual Papuan-British national was evacuated to Queensland on an emergency flight on March 28.

The former Eastern Highland governor’s death has been described as ‘a sad day for Papua New Guinea’ by PNG Health Minister Jelta Wong.

The man who died in a Queensland hospital from Covid-19 was former governor and business man from Papua New Guinea, Mal Kela Smith (pictured)

‘He was one of the first to push into the aviation industry, he did a lot of work around the country but he ended up living in the Eastern Highlands.’

Mr Smith wore many hats as the chair of the Goroka Hospital Board and the founder and owner of the Pacific Helicopter Group.

‘He helped a lot of people through his business, his chopper business, in very rural areas – he used to be very good at bringing people out of remote areas to get hospital checks,’ Ms Wong said. 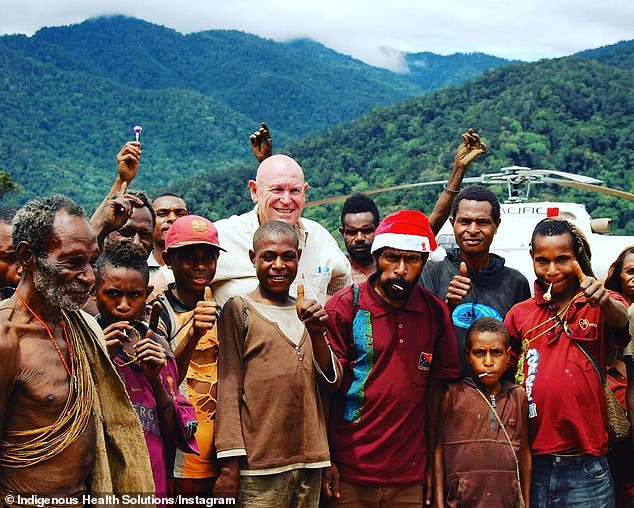 PNG officials are now in the process of repatriating his body back to the Eastern Highlands.

Mr Smith was first diagnosed in Papua New Guinea and was in intensive care in Redcliffe Hospital until he died ‘from complications due to Covid-19’ on Monday, Queensland Health said.

As the former governor was not diagnosed in Australia, he will not be counted in Queensland’s official death toll, which stands at 6.

A person has not died of the virus in Queensland since April 18.

Three people, including a returned overseas traveller in his 40s, are currently in intensive care with the virus in Australia.

Meanwhile the relationship between Queensland and the Commonwealth continues to deteriorate over the vaccine rollout following accusations of diversionary tactics and childish behaviour. 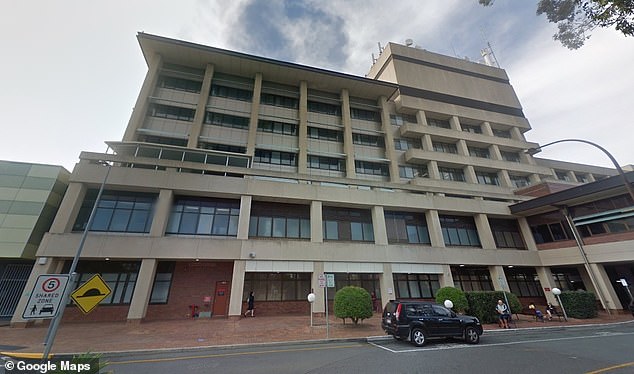 Mr Smith, 77, was flown to Redcliffe hospital (pictured) and remained in its intensive care unit until he succumbed to the illness on Monday

‘He personally felt very offended by the language of the deputy premier yesterday,’ Mr Crisafulli said on Tuesday.

‘It was childish and it has got to stop. The behaviour that we saw yesterday was not fitting of his office.’

Mr Miles on Monday said Prime Minister Scott Morrison was trying to use the vaccine rollout and the Covid pandemic generally to distract from problems within the government.

‘That’s been a very orchestrated campaign over the last few days to try to stop you all talking about Brittany Higgins and rape and sexual harassment and all of the things that have happened in Canberra,’ he told reporters.

‘They were in fact so eager to distract everybody from those topics that they put at risk confidence in their own vaccine rollout program.’

‘Steven Miles is a fraud, a phony and a failure,’ she said. 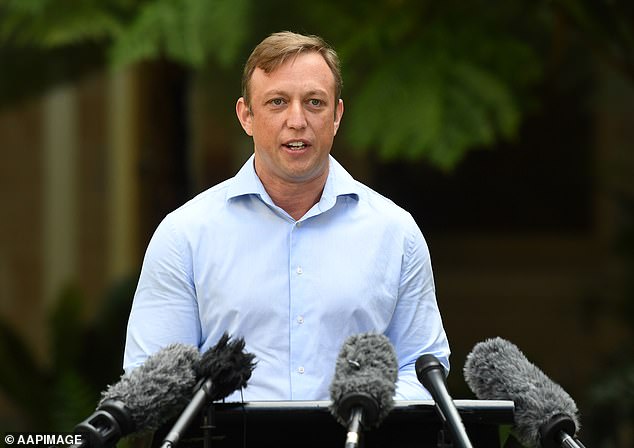 ‘If Annastacia Palaszczuk wasn’t the weakest premier she should have sacked him when he was the health minister.’

The opposition is concerned with the speed of the state’s vaccine rollout, particularly the number of jabs on weekends.

‘To have revelations that Victoria (is) delivering over eight times more vaccines over the course of the last month on weekends is a concern,’ Mr Crisafulli said.

‘Covid is important, vaccine rollouts are not a Monday to Friday exercise.’

He said there has been poor behaviour and problems with the vaccine rollout at both levels of government,

‘I’m not going to come here and defend Canberra, because they’ve got their own issues to work out and they’ve got to get cracking on the vaccine as well,’ he said.

No new locally-acquired cases of Covid-19 were recorded in Queensland for a third consecutive day.

There were also no new cases among returned travellers.