The mystery behind the ‘COVID19’ number plate attached to a BMW abandoned at an airport has thickened after the registration popped up on a re-sale website.

A grey BMW 5 Series sedan was first spotted at Adelaide Airport in February with the number plates COVID19, before the coronavirus outbreak was declared a global pandemic.

The unusual plates sparked a host of conspiracy theories before airport staff were contacted finally by the car’s owner this week, who confirmed they were interstate.

The plates are now listed on re-sale website Mr Plates with ‘all reasonable offers considered’.

State transport officials have since banned COVID-19 from being put on personal number plates, according to the ABC.

A BMW with COVID-19 number plates (pictured) was abandoned at the start of the pandemic by its owner, who it was since revealed is living interstate 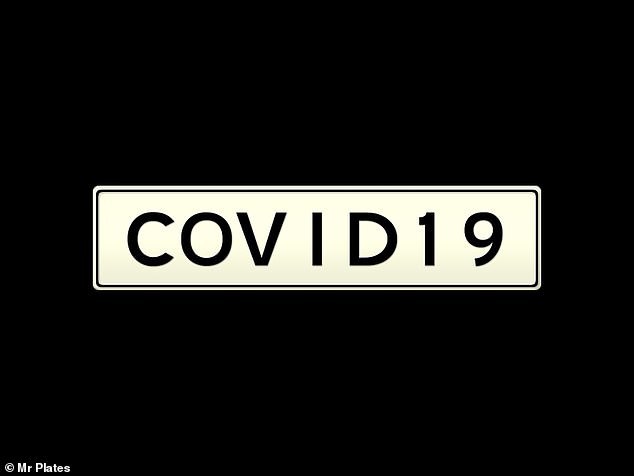 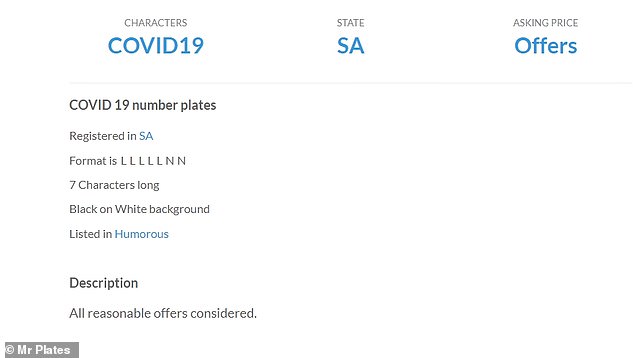 Several members of the public complained about the number plates since they were issued on March 5.

The South Australian transport department has since apologised and said the number plate incorrectly passed its approval process.

‘In line with our policies for the approval of number plates we have reviewed this plate and requested that the number plate be surrendered to the department,’ a response to one of the complaints read.

A block has now been placed on using the name of the virus on number plates.

The department told the ABC: ‘DPTI has now put a block on the term “COVID 19” and any variation of that term and it will not be permitted to be registered going forward.’

The grey sedan was spotted by Adelaide Airport worker Steven Spry, who believed the car had been parked there since ‘February or even earlier’.

Mr Spy said airport staff had noticed the car some months earlier, but it wasn’t until the cover blew off in April when they saw the number plates.

They had speculated it belonged to a long-haul pilot who has gone overseas and couldn’t get back.

Meanwhile, mysterious new footage has emerged of the car travelling along Burbridge Road and West beach on March 24. 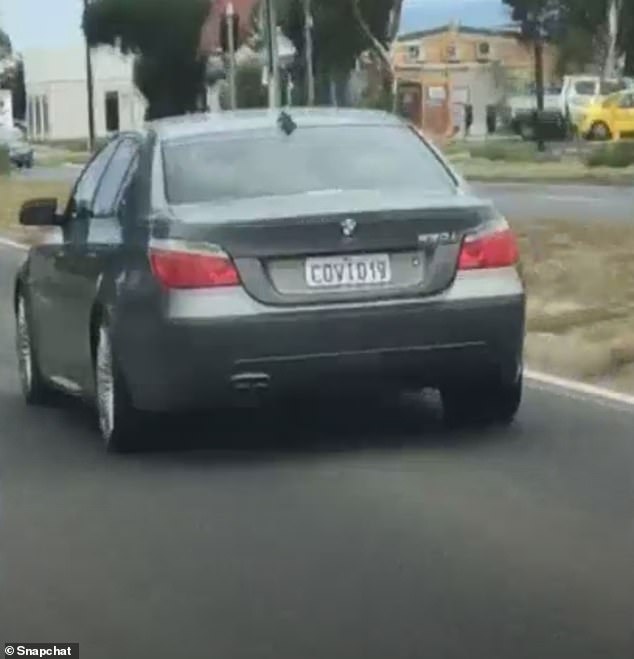 ‘It obviously stood out straight away … I took a Snapchat video of it and never thought of it again,’ Mr Parfitt told ABC News.

‘It was pretty early in the proceedings before it really kicked off here.’

The name COVID-19 wasn’t being used until February 11, with the disease referred to as novel coronavirus before the pandemic was declared.

Personalised number plates can take up to ten days to arrive in South Australia. 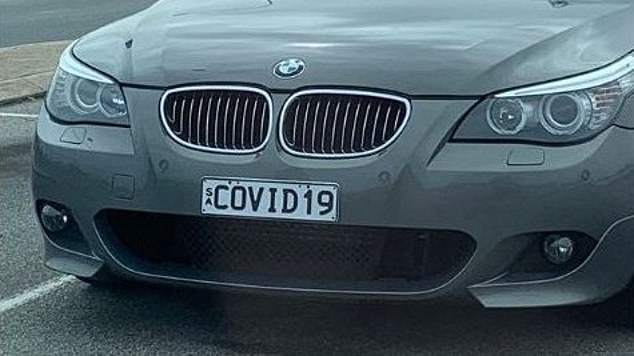 The grey sedan (pictured) was spotted by Adelaide Airport worker Steven Spry, who believed the car had been parked there since ‘February or even earlier’