COVID-19 US: Use of telemedicine increased 14-fold amid pandemic as doctors’ visits fell by a third

Use of telemedicine increased during the COVID-19 pandemic as in-person doctors’ visits declined, a new study finds.

Researchers from Johns Hopkins University in Baltimore, Maryland, collected data on patient care in 2018, 2019 and 2020 to find how trends shifted as the pandemic started.

Once the pandemic began, in-person visits went into a free fall while virtual telemedicine visits spiked. Despite the pandemic, virtual visits never became more common than in-person ones

Many doctors’ offices and hospitals began to limit in-person visits and transitioned to virtual care as COVID-19 began to take hold in the nation.

While telemedicine always existed, it was rarely preferred to an in-person doctor visit.

Last year, though, as fear of the virus kept many at home, patients became willing to adopt virtual care as replacement for many doctor visits.

There were only 8.6 million virtual visits in quarter one of 2020 – a near three-fold increase over the average quarter from 2019 (three million visits) but still a total dwarfed by the months to come.

Usage of telemedicine was at its highest in the second quarter of 2020, with 77.2 million visits.

It then declined and stabilized in the third and fourth quarters, with 43.8 million and 44.2 million visits respectfully.

A similar shift – but reversed – was seen in the second half of the year for in-person visits as well.

Americans began to return to the doctor in the second half of the year, though, with 181.1 million in-office visits in quarter three, and 180.2 in quarter four.

Total doctor visits declined last year, from over 1.1 billion in both 2018 and 2019 to 928 million visits last year – a 15 percent decrease – as people chose to stay home during the pandemic.

The drop in overall doctor visits had potentially catastrophic effects, as deaths from both diabetes and heart disease jumped last year – with experts pointing to the decrease of doctor visits for the increases.

People with long term conditions stopped seeing the doctor as often last year, leading to a spike in deaths from diabetes and heart disease, among other conditions

The researchers, who will publish their study in JAMA Health Forum on Friday, found that in-person visits for long-term conditions, such as heart disease and diabetes, decreased by over 50 percent in each of the last three quarters of 2020.

Behavioral health disorders accounted for the biggest portion of telemedicine visits, as a lot of mental health care moved to a virtual setting last year.

Depression was the most common condition diagnosed via telemedicine last year, accounting for 7.1 percent of diagnoses.

Anxiety (five percent), conduct disorder (5.9) and bipolar disorder (2.7) were all among the top 10 most common conditions diagnosed by telemedicine as well. 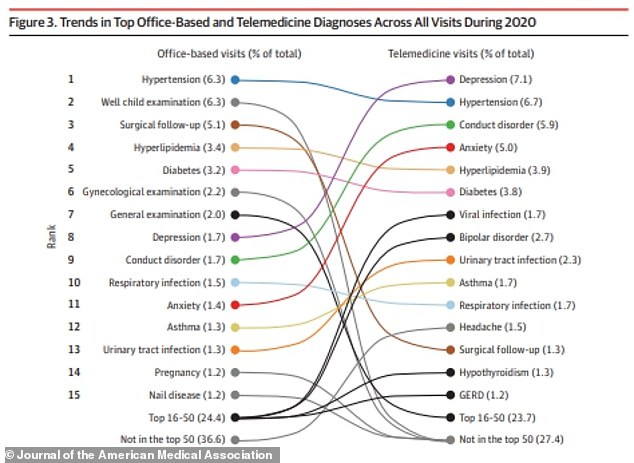 Behavioral health was the biggest beneficiary from telemedicine, with mental health disorders accounting for three of the top eight most diagnosed conditions last year virtually

‘Our finding that telemedicine is being used often for psychiatric and behavioral conditions is noteworthy and is likely associated with increased demand for such services as well as the ability for their delivery through telephone- and web-based platforms,’ they wrote.

‘Pandemic-related increases in mental health conditions, such as depressive disorder, anxiety disorder, and suicidal ideation, among adults within the US, as well as elsewhere, have been noted.

‘Despite technology barriers, using telemedicine for psychiatry allows for more patient flexibility on the location of delivery of care, reduces the need for transportation, and allows patients to attend appointments without taking time off of work.’

According to a report from the Centers for Disease Control and Prevention (CDC), 40 percent of adults struggled with mental health or substance abuse issues last year.

The researchers say they are unsure how long usage of telemedicine will remain this high. 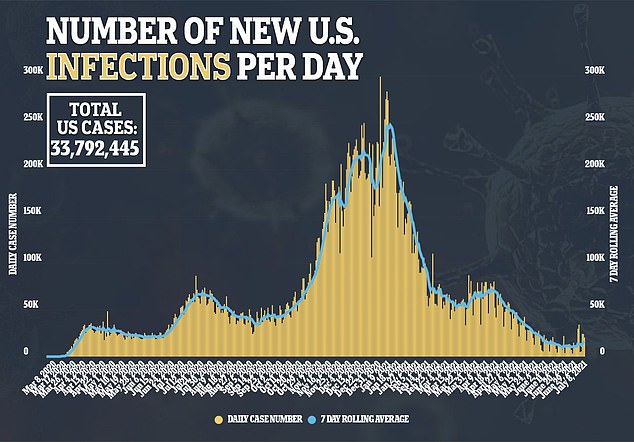 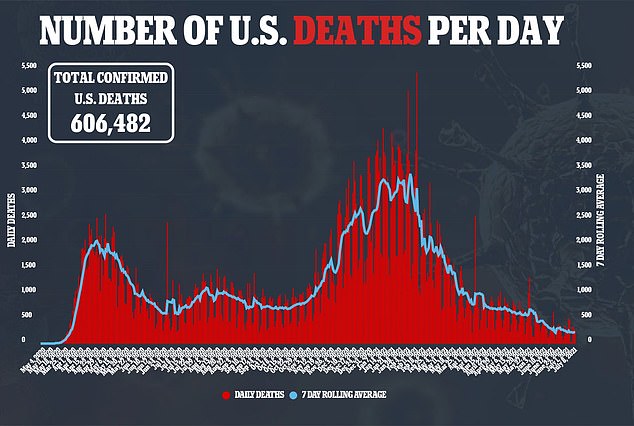 While it could be more convenient for some, issues arise with licensing for telemedicine and for how insurance will bill these types of visits.

‘Substantial uncertainty remains regarding the degree to which the COVID-19 pandemic will fundamentally transform the role of telemedicine care delivery in the US,’ they wrote.

‘On one hand, many historical barriers to telemedicine adoption, which range from interstate licensure requirements to clinician and patient ambivalence are likely to persist in the postpandemic era.

‘In addition, coverage and reimbursement policies have also hindered the historic adoption of telemedicine, and while federal and state policy makers modified these during the pandemic, it is unclear whether they will be permanently used once public health emergency provisions are no longer in place.’

They do note that many leaps have been made in telemedicine technology and practices over the past year, though.

‘The COVID-19 pandemic has galvanized many clinical practices to invest in technologies and redesign workflows to better accommodate telemedicine delivery.’