Covid $500 payment Sydney lockdown: How you can claim government support

How you could get a free $500 payment from the government TOMORROW – so are you eligible?

People are eligible for up to $500 a week if they’re in a nationally-recognised hotspot for more than seven days and cannot work.

But they aren’t eligible if they’re also on the dole or other income support, or if they’re receiving a separate federal disaster leave payment that also excludes people on JobSeeker.

The $500 weekly payments for locked-down Sydneysiders from the eastern suburbs unable to work will begin on Thursday, while the rest of Greater Sydney, Central Coast and Wollongong can claim the cash from July 4.

If Queensland or Darwin’s lockdowns last longer than seven days, residents will be entitled to the same benefits.

Australians living in a Covid hotspot (such as those in Sydney’s eastern suburbs, pictured on the first day of lockdown on Saturday) can claim $500 from the government from Thursday

The Australian Council of Social Service on Monday urged the Morrison government to plug gaps in its $500-a-week payment as states and territories again slammed their borders shut.

ACOSS chief executive Cassandra Goldie said people shouldn’t have to wait a week to get the money or be excluded because they’re getting JobSeeker.

‘Getting by on the paltry rate of JobSeeker is impossible at the best of times, let alone in a lockdown,’ Dr Goldie said.

For people who would usually work fewer than 20 hours a week, the disaster payment drops to $325.

It’s separate to the government’s $1500 payment for people forced to quarantine for two weeks, which comes with its own caveats. 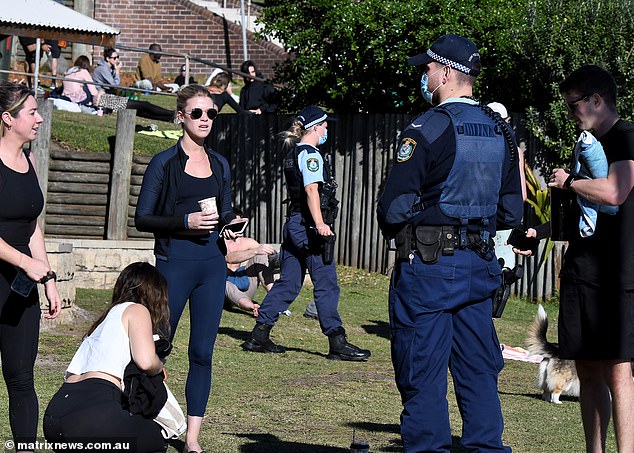 The $500 weekly payments for locked-down Sydneysiders from the eastern suburbs (above, Bondi Beach on Sunday) unable to work will begin on Thursday

States and territories have all but closed themselves off to each other as NSW, Queensland, the Northern Territory and Western Australia record new cases.

Opposition Leader Anthony Albanese said lockdowns and restrictions were the fault of the Morrison government and it should look after people who couldn’t work as a result.

Who is eligible under the scheme?

* Calculated based on the week before the lockdown

* Must be an Australian resident or have a working visa

* Available to workers aged 17 and above

* People receiving government payments including JobSeeker will be ineligible

* Retrospective checks may be enforced to ensure people comply