NSW Health Minister Brad Hazzard is in isolation after coming into close contact with a possible Covid case.

Mr Hazzard, who currently doesn’t have any symptoms, believes the suspected positive case is someone who works in NSW Parliament.

‘When I woke up at about 5.30am there was a text message that had come in sometime during the night telling me that a case had been detected as a likely positive and that I was a possible close contact,’ he told the ABC Radio.

‘It’s still being worked through and NSW Health asked me to obviously be cautious until they are able to give me further advice.

‘I’m quite confident that the majority of people in NSW Parliament will be either no contact or casual contact so that won’t be a major issue.’

Mr Hazzard said NSW Health are currently waiting on the test results from the person, who identified him as a close contact. 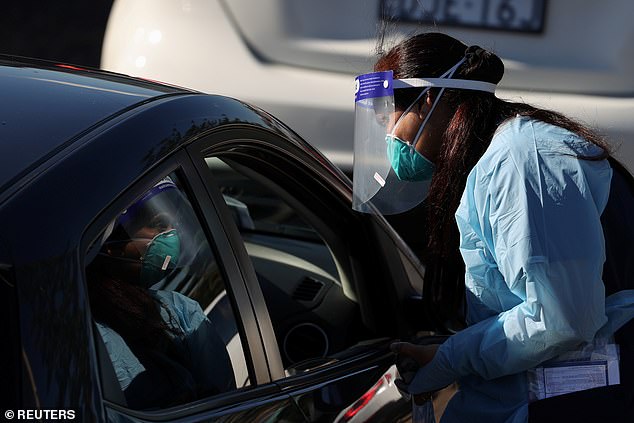 Mr Hazzard said NSW Health are currently waiting on the test results from the person, who identified him as a close contact

‘It emphasises how dangerous this Delta [variant] is,’ he said.

NSW recorded 10 locally acquired cases to 8pm on Tuesday, seven of which were already announced.

An additional 13 cases were reported after 8pm, which will be counted in Thursday’s official tally.

Overall, there were 16 new cases reported on Wednesday, taking the total number of infections to 31.

A household guest limit of five, including children, and the four-square-metre rule indoors and outdoors were introduced alongside mandatory masks in all indoor non-residential settings, including workplaces.

‘The NSW government will not hesitate to go further and harder if we have to,’ she said.

Masks must also be worn to gym classes, which are now limited to 20 people. 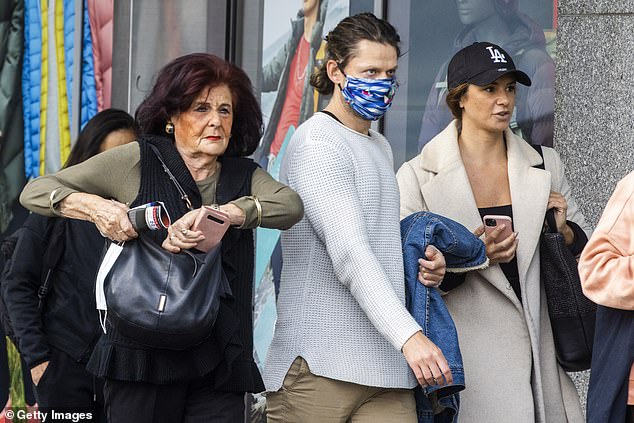 NSW recorded 10 locally acquired cases to 8pm on Tuesday, seven of which were already announced

Other states have hardened their borders days before NSW public schools break for two weeks.

WA has closed its border to NSW for anyone who had been in the state since June 11 or in the 14 days prior to travel.

Queensland has closed its border to people from Greater Sydney, the Central Coast, Blue Mountains, Wollongong and Shellharbour.

New Zealand has paused its travel bubble with NSW.