Victoria has very quickly gone from reporting far fewer Covid-19 cases than NSW to far more, but this is because thousands of rapid antigen test results are going unreported because of a bureaucratic delay.

But NSW has not yet introduced a way to formally contact authorities and let them know about your positive result – meaning thousands of infections will be going undetected and the official case toll won’t be accurate.

Both Queensland and Victoria have already set up a system for those who test positive on a RAT to report their result online, meaning their infections numbers are likely more accurate.

NSW premier Dominic Perrottet says a similar system will be available via Service NSW sometime in the next week.

Professor Blakely said on Sunday that Australia’s RAT situation has been a ‘debacle’ but is now improving.

‘The stocks need to come through to support that though, at the moment that’s where our weakness is, we just don’t have enough stock in the country for perhaps another 10 days,’ he told Channel 10’s The Project.

Prof Blakely said recording the numbers of people infected with Covid ‘does matter’ as it helps experts to project the number of upcoming hospitalisations, but is made more difficult by the increasing use of RATs.

‘But we can learn at what is happening in New South Wales and now Victoria and know that this thing is explosive, and the lesson remains the same, slow it down.

‘Get the masks on, get people working at home, get some density limits so the health service can manage.

‘So we can still manage our way through it without the (full) numbers (due to home RATs). But it’s unfortunate to not have those numbers to give an accurate projection of what the hospitalisations will be. We have lost that ability a bit now.’

‘I think it’s quite wise, and the reason being, as Queensland (is) say another week or two weeks perhaps, behind Victoria and New South Wales, and so, they may have peaked by the time the kids go back,’ he said. 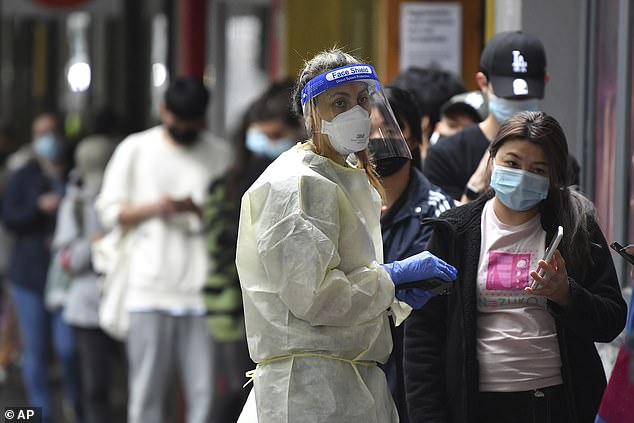 The professor added that NSW and Victoria may not need to delay the return of schools as they may have passed the peak of infections by the time the kids get back.

Prof Blakely, some of whose family members have tested positive to Covid, also backs the advice from Prof Kidd on basic, over the counter medications such as paracetamol, and also disinfectants.

‘Get the stuff in place. I learnt a few more things, just a basic, proper disinfectant, something with ammonium, so we can clean the kitchen, so my step son can come down and we haven’t contaminated the surfaces.’

He added that it would be ‘great to have 10 rapid antigen tests’, but they can’t leave the house so other people will have to get them for him and his family.

And there is likely to be worse to come, with Australia’s Deputy Chief Medical Officer Professor Michael Kidd saying ‘It’s likely that many of us will test positive for Covid-19 over coming days and weeks’.

‘My advice is that you make sure you have some paracetamol or ibuprofen at home. It’s important to be prepared because you won’t be able to go to your supermarket or pharmacy if you are diagnosed with Covid-19,’ Prof Kidd said. 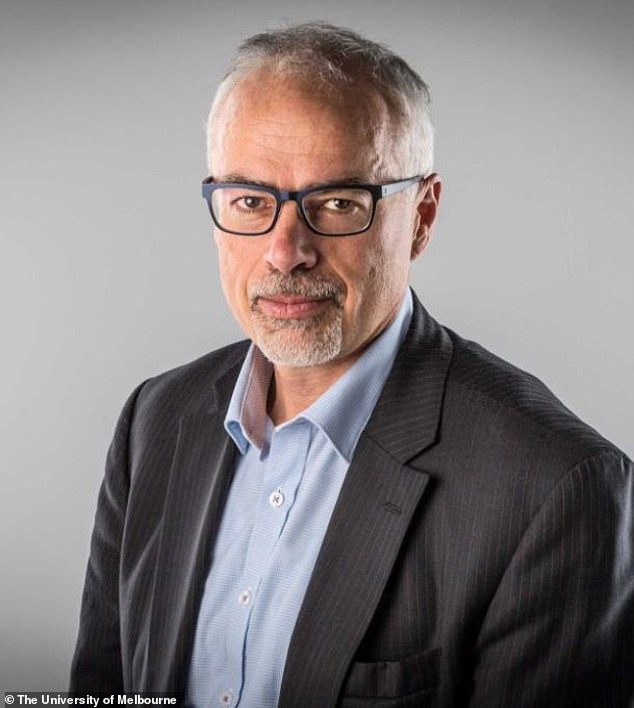