Most Australians who test positive for Covid on rapid antigen tests must now report their results, with the NSW government hitting patients who don’t do so with $1,000 fines.

Victorians have had to register their results since last Friday but will not be penalised, nor will Queenslanders, Tasmanians and those in the Northern Territory.

Most states have created step-by-step guides on how residents report they’ve caught the virus.

Here, Daily Mail Australia reveals what you need to do in your state to record a positive rapid antigen result.

Scroll down for official advice on when to get RAT tested 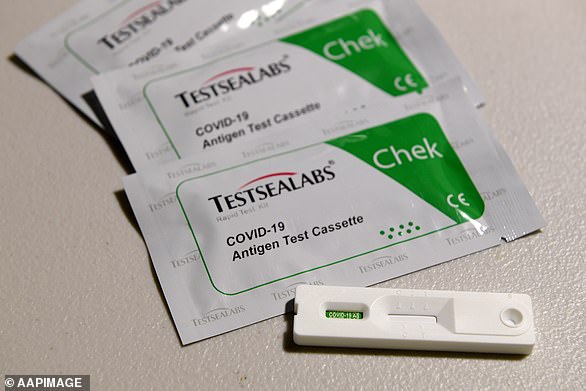 THE SIX REASONS WHY YOU SHOULD DO A RAPID ANTIGENT TEST, ACCORDING TO NSW HEALTH

NSW Premier Dominic Perrottet announced on Wednesday that all residents who test positive via rapid antigen tests must lodge their results via the Service NSW app or website.

Fines of $1,000 apply to those who don’t but the premier admitted it would be difficult to enforce.

Residents are instructed to open their Service NSW app where they will then click on Covid-19 Resources and then select ‘Register a positive test result’.

Users will then be asked a series of questions to determine if they are a ‘low-risk’ or ‘high-risk’ patient with the virus.

Those who are low-risk can isolate at home and will be alerted once the seven days is over.

Fines will be carried out for those who don’t comply from January 19 – although experts have questioned how they could be carried out.

Covid patients who don’t register positive rapid antigen test results will be fined $1000 in NSW – even though the Premier admits it will be difficult to enforce. 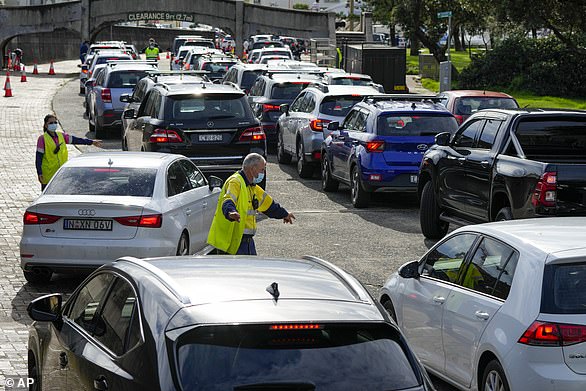 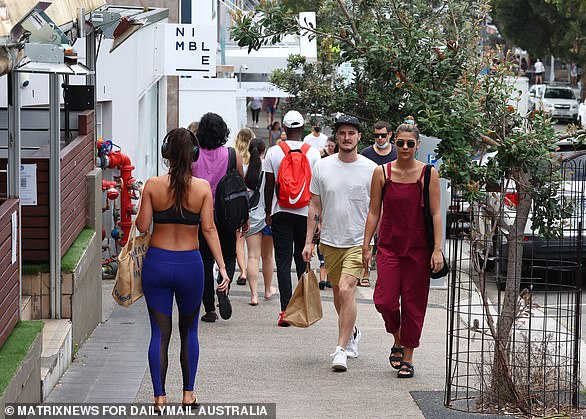 NSW will fine Covid patients who don’t register their rapid antigen test results $1000 while free tests are expected to be handed out in schools amid major changes enforced around the state. Pictured: Sydneysiders walk through Bondi on January 4

While not mandatory, residents of Victoria, Queensland, Tasmania and the Northern Territory have each been asked by their respective health departments to fill out an online form if they report a positive rapid antigen test result.

Healthcare professionals will then recommend appropriate care to the individual, but most will be told to isolate from home. 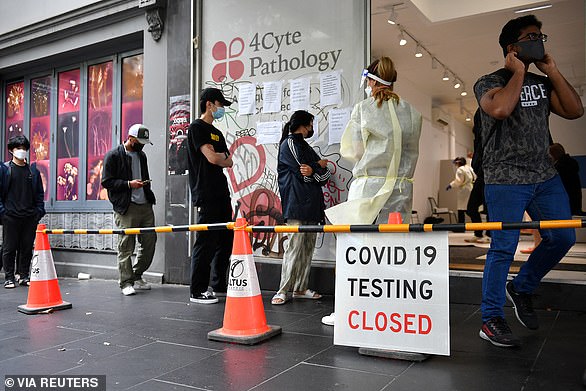 Victoria, Queensland, Tasmania and the Northern Territory don’t mandate residents record their positive RAT results but ask for people to fill out an online form

Anyone who fails a rapid antigen test must immediately seek a PCR test and quarantine until they receive a negative result.

Unlike other states, RATs are still not considered official confirmation of an infection in SA.

Positive rapid results must also be recorded using the state’s Rapid Antigen Test Reporting Form which provides the government with ongoing data on the virus. 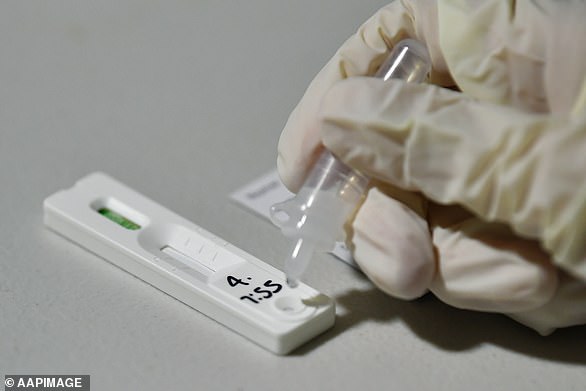 WA lifted its ban on rapid antigen tests last week, but there is no system in place for residents to record their results yet

Last week, Western Australia lifted its ban on rapid antigen testing in the state after advice from the National Cabinet and federal government.

RATs had previously been prohibited in the state due to doubts surrounding its effectiveness.

But the successful application of the tests in other states has seen that decision reversed.

Chief Health Officer Dr Andrew Robertson said that revoking the ban was done in the best interests of West Australians.

‘[I] consider it reasonably necessary to give the following directions to all persons in Western Australia to prevent, control or abate the serious public health risk presented by COVID-19,’ he wrote in an ammendment to WA’s Health Act.

There is currently no process for reporting positive test results in WA.