Covid Australia: Store shelves stripped bare of lamb and other produce due to Omicron surge

Some off the nation’s most loved barbecue classics could be off the Australia Day menu due to the latest Covid-19 crisis, as meat companies warn of crippling shortages within weeks.

Australia could experience a nationwide shortage of meat favourites such as lamb in the next two weeks with supermarket shelves already being stripped bare.

Hundreds of meat workers have been plunged into isolation as the Omicron variant sweeps across the nation, smashing daily infection records, with as many as 70 per cent of workers not being able to go to some factories and farms.

The peak industry body is calling for meat workers to get rapid antigen testing priority to keep them working or face a nationwide meat shortage in the next two weeks.

‘We’re now seeing a large amount of meat workers who actually can’t get to work.

‘There’s hundreds and hundreds of staff up and down the eastern seaboard, certainly Queensland, NSW and VIC who aren’t able to get to work at this stage.’

He admitted there may be no lamb by Australia Day.

‘That’s a real possibility unless we get the settings right,’ he replied.

‘I’m actually concerned we will have a shortage because we just won’t have the people on site over the next month to six weeks to be able to process anything.’

AMIC also called for urgent guarantees are put in place to shore up meat production and supply capacity. 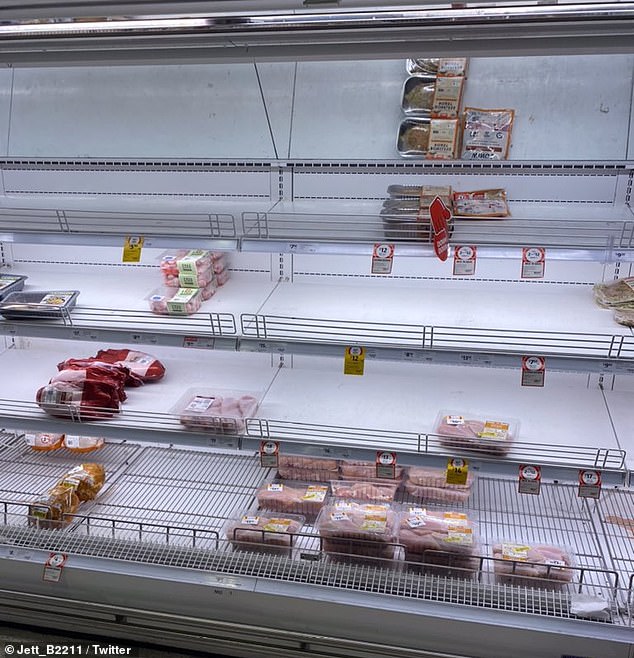 ‘In what is already a hugely challenging meat supply landscape, with record high livestock prices and labour shortages due to Covid border closures, we are hearing that multiple meat processing establishments are now having to temporarily shut their doors or operate at very low capacities due to the Omicron surge’, Mr Hutchinson said in a statement.

‘We are experiencing an unprecedented wave of staffing unpredictability.

‘As COVID spreads in the community, our industry workers are unable to present for work for at least seven days should someone in their family or household test positive, under the current national COVID protocol.’

‘In some instances, we are hearing that under 30 percent of rostered workers have presented for work.’

Major supermarkets Woolworths and Coles say the stock is often there but have also been hampered by high absentee rates among retail staff and distribution workers due to to Covid.

The surge of Covid-19 cases continues to cause widespread chaos, despite the national cabinet amending the definition of close contacts to ease isolation rules.

The rules have also been overhauled for positive Covid cases, who only have to isolate for a week if they have no symptoms on day seven. 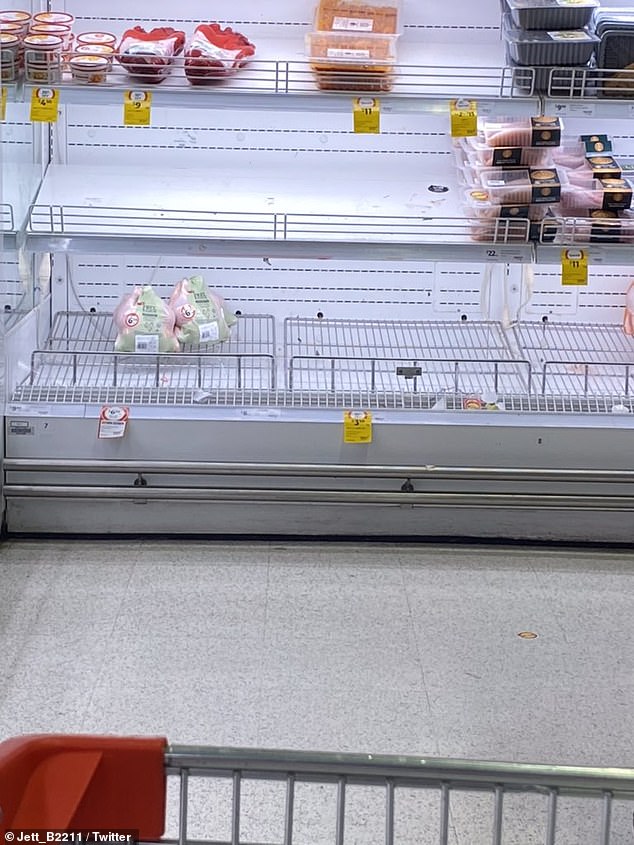 Bare meat shelves have become the new norm at this Coles store on the Sunshine Coast, according to shopper Jett

Woolworths says its shortage of produce such as meat is due to a logistical issue rather than a supply issue.

‘The pandemic has delivered many challenges over the past two years and will continue to do so as we move into this next phase,’ a spokesman told Daily Mail Australia.

‘We’re currently experiencing delays with some of our stock deliveries to stores due to Covid-related impacts on our supply chain operations.

‘We have stock available within our network and our teams and suppliers are doing all they can to replenish stores as quickly as possible.’

‘We thank our customers for their patience and apologise for the inconvenience.’

‘However, they are critical at the moment,’ she said.

‘They will ease a little as we get over the Omicron curve.’ 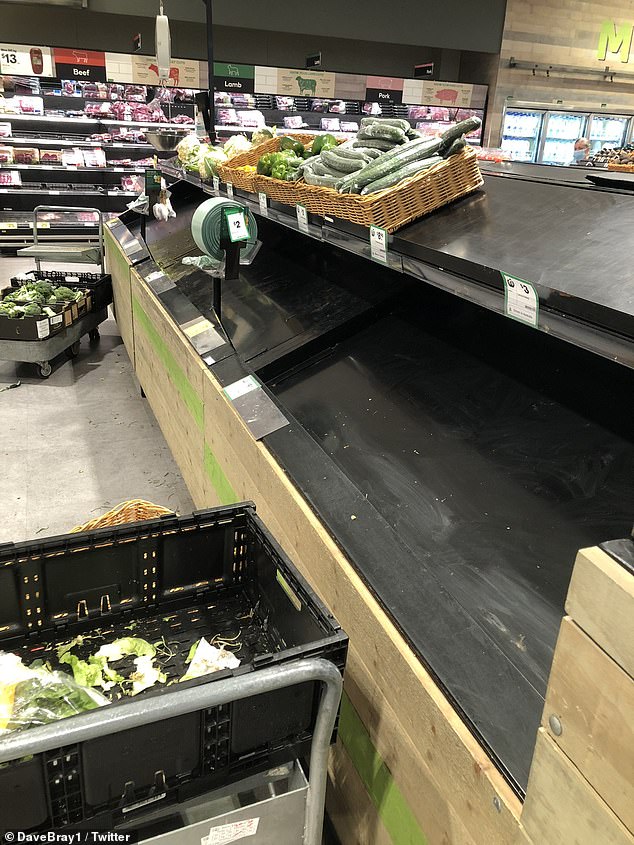 Meat shortages have already been noticed across the country by disappointed shoppers, who have uploaded photos of bare shelves to social media.

‘Same Coles on different days during the last 2 to 3 weeks, Sunshine Coast. Anyone else noticing that this is becoming a normal thing? Empty shelves in some parts also,’ one Queenslander tweeted.

Many stores have also been stripped bare of fresh produce.

A Coles shopper added: ‘Was in Coles in regional Queensland and shelves are starting to empty, fresh produce is minimal. There is something happening.’ 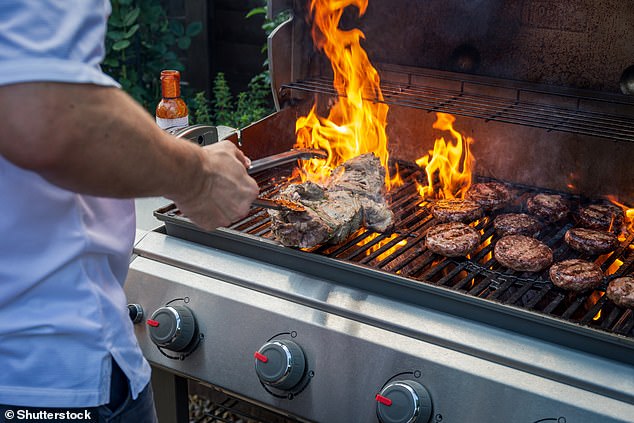