Victoria has recorded 1,220 new Covid-19 cases and three deaths overnight as the state recovers from another day of anti-vaccine protests attended by angry workers soon to be sacked by vaccine mandates.

The demonstrators flooded the city just one day after sweeping vaccine mandates were announced by the Victorian Government.

Authorised workers must have received their first vaccine dose by October 15 and a second by November 26. 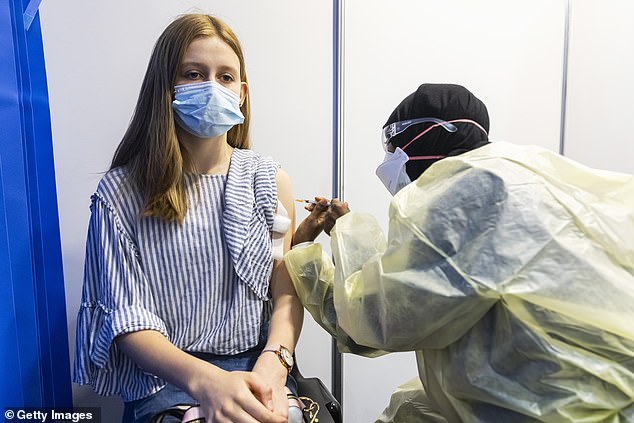 There were 36,248 vaccines administered and 71,275 Covid-19 tests conducted in the last 24 hours (pictured, a woman receives a Pfizer vaccine in Melbourne)

Under the plan, constructions sites can reopen for workers who have had at least one dose of a Covid-19 vaccine. They must be fully vaccinated by November 13.

At around 1pm, dozens of anti-vaxxer protestors marched through Melbourne’s Botanic Gardens along the Yarra River, some chanting ‘my body, my choice’.

The group travelled past the National Gallery of Victoria and the ABC’s Melbourne Headquarters, with police separating the crowd into smaller groups to make arrests.

By 2pm, the angry crowds had mostly dispersed as it appeared protestors were outnumbered by police.

The protest is believed to be the largest in size since hundreds of demonstrators rioted at the Shrine of Remembrance on September 22.

Covid-19 Commander Jeroen Weimar expressed his frustration at the actions of anti-vaccine protestors during a press conference on Saturday.

‘At best, you run the risk of generating more transmission. At worst, you know you’re creating, you’re fuelling a bonfire, that’s already on fire. I just think it’s a really unhelpful thing to do.’ 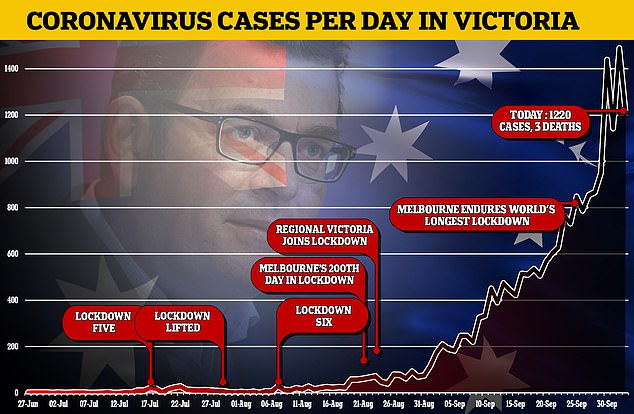 Sunday’s 1,220 new cases comes the infections announced on Saturday smashed the pandemic record of 1,438 recorded on Thursday, with 1,488 new infections 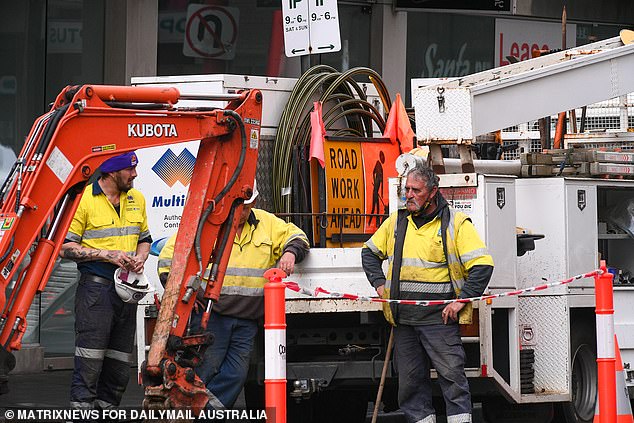 It comes as the cases announced on Saturday smashed the pandemic record of 1,438 recorded on Thursday, with 1,488 new infections.

*Construction sites are set to reopen on October 5

*Construction workers must be fully-vaccinated by November 13

The state’s vaccination rate is currently sitting at 85 per cent first dose and 51 per cent double-dosed.

Meanwhile, construction workers will be allowed to return to the worksite from Tuesday, with several safeguards in place.

All operators will need to formally attest their site complies with the industry-wide health directions.

Workforce caps remain for some building sites, except for outdoor state government projects, and single-dose workers can set up ahead of Tuesday’s reopening.

Fully vaccinated workers can move between regional Victoria and Melbourne, while tearooms will reopen with enhanced cleaning, density limits and additional ventilation.

The reopening comes after the construction industry was placed into a two-week lockdown following anti-vaccination demonstrations. 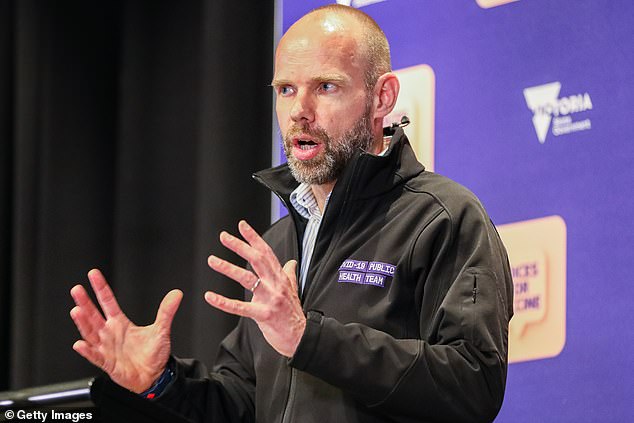 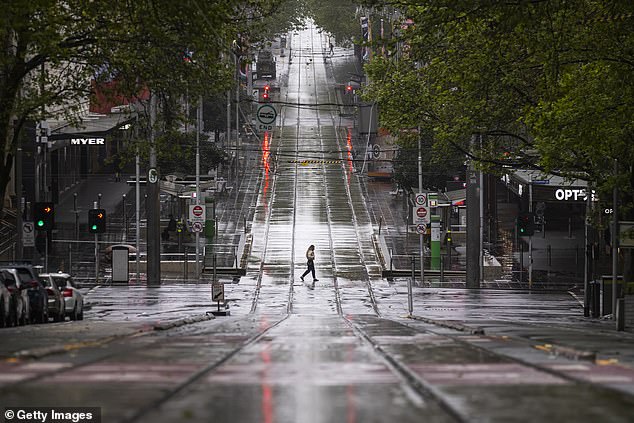 Premier Daniel Andrews has given all authorised workers an ultimatum: get vaccinated within the next two weeks or risk losing their jobs (pictured, a pedestrian in Melbourne on Saturday)

Premier Daniel Andrews has given all authorised workers an ultimatum: get vaccinated within the next two weeks or risk losing their jobs.

It comes as Greater Shepparton and Moorabool Shire, to the west and north of Melbourne, both entered snap, seven-day lockdowns to contain growing cases.

Shepparton and its surroundings recently battled a major outbreak that sent about a third of its population into home quarantine, before the region emerged from lockdown just over two weeks ago.

Students in regional Victoria are set to return to classrooms from Monday after several weeks of remote learning at home.

Children in prep to Year Two, as well as students in their final year of study, will return to classrooms full-time from October 4.