Australia’s Omicron cases have grown to seven as another traveller from southern Africa – where the new strain first emerged- has tested positive in Sydney.

NSW Health confirmed on Wednesday a man who flew into Australia from Nigeria on board a Qatar Airways flight last week had become the state’s sixth infection.

The man, aged in his 40s, was named as a suspected Omicron case earlier on Wednesday before it was later confirmed by genomic testing.

The fully-vaccinated traveller is now in isolation – although authorities have confirmed he was infectious in the community for up to six days.

Chemist Warehouse in Liverpool has been listed as an exposure site after the man visited the business on Monday 29 November, between 8.10pm to 8.15pm. 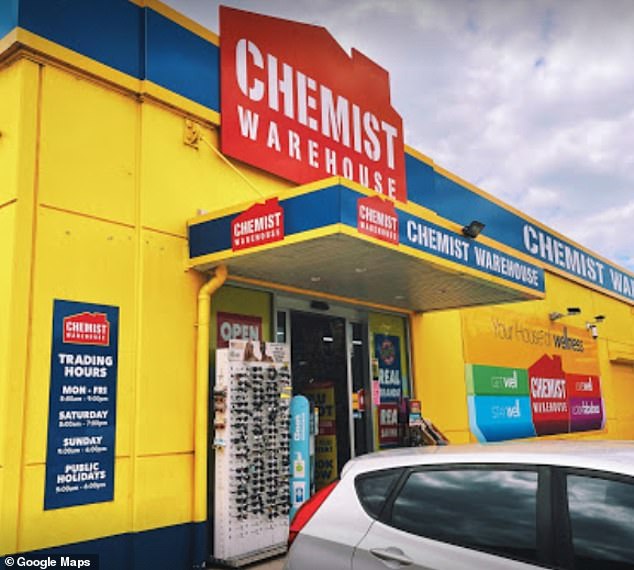 Chemist Warehouse in Liverpool (pictured) has been listed as an exposure site after the man visited the business on Monday 29 November, between 8.10pm to 8.15pm

Anyone who attended the venue at the time of concern is a casual contact and is advised to get tested and isolate until receiving a negative result.

The Cabramatta man from Sydney’s south-west had been living in Nigeria for six months before he returned home last Thursday, three days before NSW Health directed travellers from the region to go into isolation.

All passengers on flight QR908 from Doha to Sydney on November 25 are considered close contacts and have been ordered to get tested and immediately isolate for 14 days, regardless of their vaccination status.

It’s not yet known if the man had been infected on the aircraft or during his travels.

NSW Health Minister Brad Hazzard said the man had been experiencing mild symptoms at the time he presented for testing.

‘The gentleman has been in the community and NSW Health is currently interviewing him,’ he said.

‘He’s been out and about. My alert to the community, watch what happens today in terms of advice from health.’