Covid cases in England may be on the rise, ONS data shows

Covid cases in England may be on the rise: ONS data shows almost 50,000 people were infected on any day last week in 20% rise… despite separate figures showing national outbreak is flat amid Indian variant fears

England’s Covid outbreak may be on the rise amid surging cases of the Indian variant, Government statisticians estimated today despite separate data suggesting the national outbreak is flat.

Office for National Statistics random swabbing found almost 50,000 people were infected with the virus on any day last week, up 20 per cent on the previous seven-day spell.

The national body, whose estimates are watched closely by ministers, warned that it was starting to see a ‘potential increase’ despite infections remaining low overall at just one in 1,110.

Head of analytics for the Covid infection survey Sarah Crofts said: ‘Although we have seen an early indication of a potential increase in England, rates remain low and it is too soon to say if this is the start of a trend.’

But the figures came after data yesterday suggested the opposite, allaying fears the Indian variant was spiralling out of control.

Public Health England found Covid cases had dropped in every region except the North West and in every age group except 5 to 9-year-olds.

PHE revealed there were 3,424 cases of the Indian variant identified yesterday, up 15 per cent in 24 hours. But Boris Johnson remains confident it should not derail plans for June 21 ‘freedom day’ because it is not thought to be as transmissible as first feared.

Covid cases are only surging in three of 23 hotspots for the Indian variant — Bolton, Blackburn and Bedford — but are remaining flat in others and even falling in two — Sefton and South Northamptonshire. 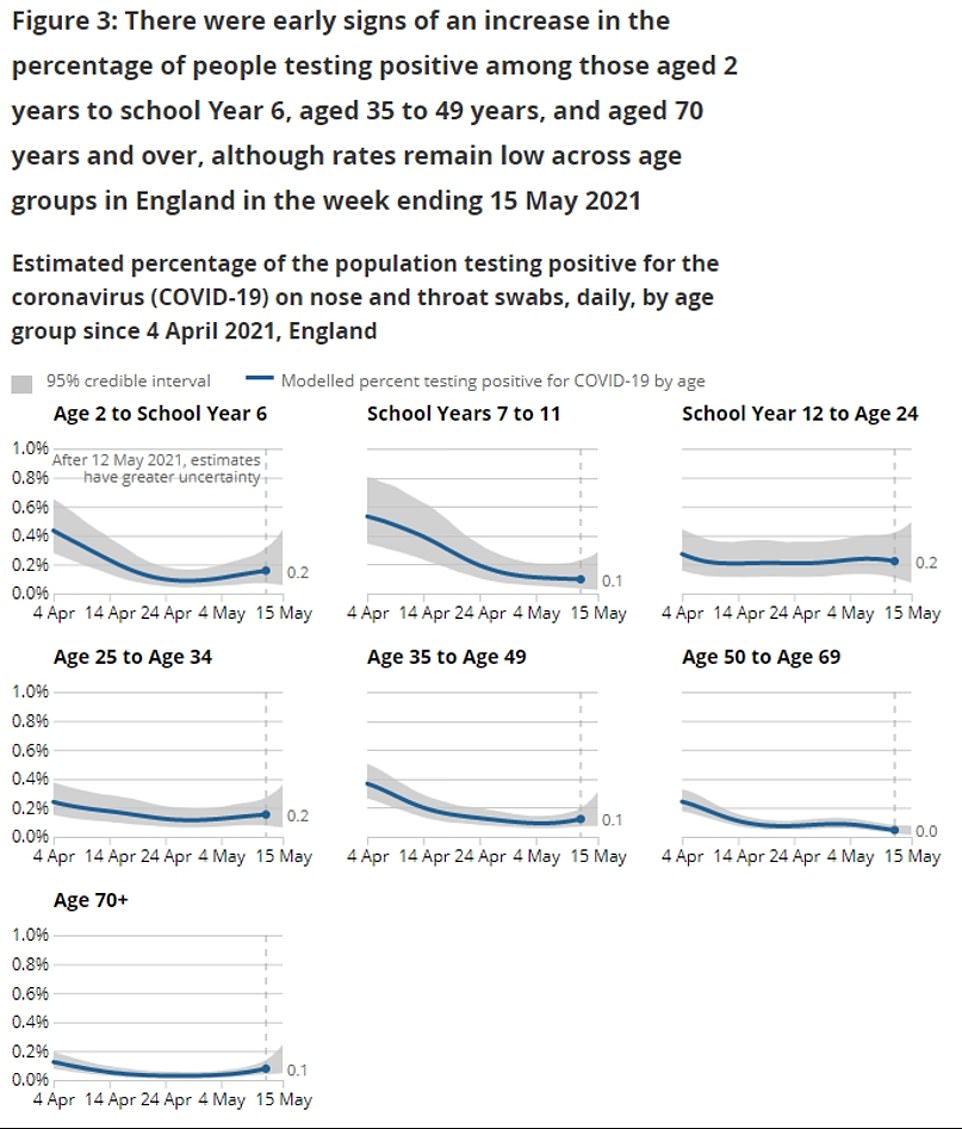 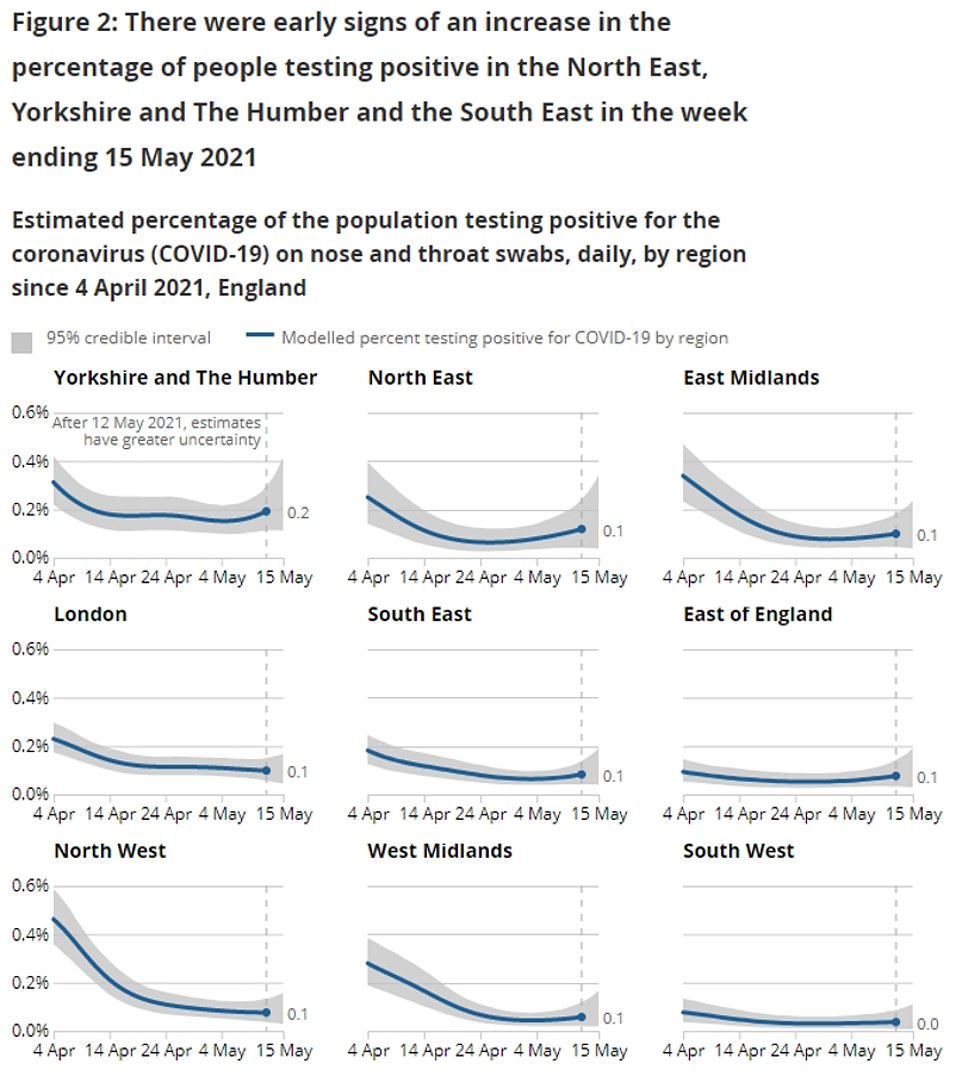 The ONS infection survey is seen as the gold-standard for tracking the Covid outbreak by ministers, because it relies on random swabbing of more than 100,000 people.

This means it is able to capture asymptomatic cases — which trigger no symptoms and are thought to make up a third of all cases — and infections among those who don’t get tested for fear of having to self-isolate.

Covid cases did not fall in any of England’s nine regions last week, results from the infection survey suggest.

They may have risen slightly in the North East, Yorkshire and the Humber, West Midlands, East of England and the South East, results showed, but still remained at very low levels.

London and the North West — which are hotspots for the Indian variant — both saw their Covid cases remain flat last week.