Covid delays force mother, 29, to take out a £10,000 loan to pay for a private hysterectomy

Covid delays force mother, 29, to take out a £10,000 loan to pay for a private hysterectomy to stop agonising pain – after she is told she faces a two-year wait for the operation on the NHS

By Martyn Halle and Stephen Adams for The Mail on Sunday

A mother has been forced to take out a £10,000 loan to pay for a private hysterectomy – after being told she faced a two-year wait for the operation on the NHS.

Emma Jamieson, 29, suffered agonising pain as a result of endometriosis, in which tissue similar to the lining of the uterus can become scarred.

Unable to bear the pain any longer, she urged her NHS consultant at James Cook Hospital in Middlesbrough to give her the go-ahead for a hysterectomy.

But, to her horror, she was told she would have to wait 24 months due to the backlog caused by the Covid pandemic.

Unwilling to face such a long delay, she made the drastic decision to take out a £10,000 loan and used £3,000 donated by friends to pay to have the operation privately.

‘It’s sad, but I just wanted my misery to end,’ said Ms Jamieson, who has a daughter Imogen, seven, with partner Kieran, 30.

Emma Jamieson (pictured), 29, suffered agonising pain as a result of endometriosis, in which tissue similar to the lining of the uterus can become scarred 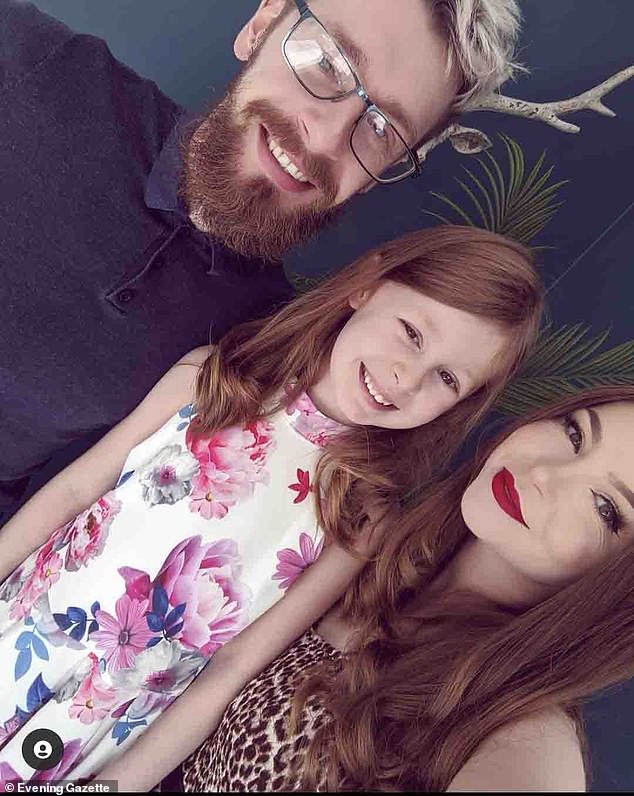 ‘I couldn’t imagine waiting more than two years for surgery.’

She is now recovering from the operation on July 22.

Before the procedure, she said, the pain often left her unable do her job as a transport company clerk, and she felt she was letting her daughter down by being a ‘less able mum’.

‘I found very little pleasure in life. It was dominated by my condition,’ she added.

Her case illustrates just how much some women are suffering as a result of delays to ‘routine’ NHS care caused by hospitals focusing on Covid.

Edward Morris, president of the Royal College of Obstetricians and Gynaecologists, said gynaecology had ‘not always got a fair share of surgery time’ over the past 18 months, with specialists often diverted to help care for Covid patients or oversee labour wards.

A James Cook Hospital spokeswoman said treating thousands of Covid patients had ‘inevitably had an impact’ and that ‘the next big focus for the NHS is addressing the needs of anybody whose non-urgent care has been disrupted by the pandemic’.

A Health Department spokesman said £6.6 billion was being spent to help the NHS recover from Covid.