Covid infections picked up on hospital wards killed 11,000 patients being treated for something else

More than 11,000 patients have caught Covid and died in NHS hospitals while being treated for other illnesses, a damning investigation has found.

Freedom of Information data collected from NHS trusts across England revealed that 11,688 patients who died in hospital after testing positive probably caught the virus while on a ward. This accounted for one in eight Covid deaths in hospital.

Jeremy Hunt, the Conservative chairman of the health select committee, told The Daily Telegraph: ‘These numbers are truly shocking. Hospital infections have been the deadliest silent killer of the pandemic… it surely strengthens the case for mandatory vaccination for frontline healthcare staff.’

The Government is expected to confirm that Covid vaccines will be compulsory for frontline NHS staff in England by next spring, mirroring the controversial ‘no jab, no job’ policy imposed on care homes.

Unions today said it was wrong to ‘leap to the law’ by making vaccines compulsory instead of trying to persuade staff to get inoculated, warning the move could ‘backfire’.

More than 100,000 doctors, nurses and administrative staff in the health service are yet to get their first vaccine despite being eligible since December. It means roughly eight per cent of the workforce face losing their jobs by April, piling even more pressure on a system that has around 100,000 vacancies before Covid struck.

This chart shows the number of Covid cases that were found in hospitals (not from wider community) within NHS trusts in England between April and the start of November this year. The green line shows the proportion of the total number of Covid cases that were caught in the community. An investigation has found that more than 11,000 people died in NHS hospitals after catching the virus while they were in hospital, likely catching the virus from other patients or hospital staff 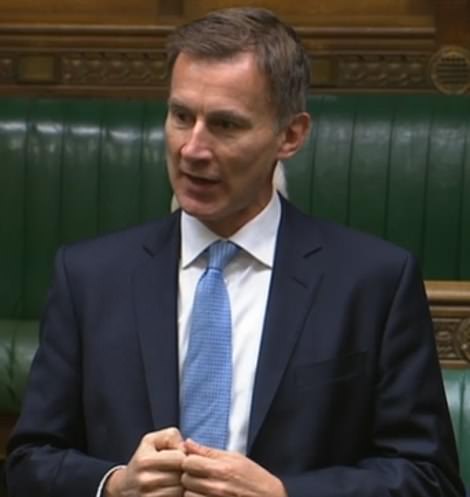 Jeremy Hunt, the Conservative chairman of the health select committee, told The Daily Telegraph: ‘These numbers are truly shocking’

Figures from University Hospitals Birmingham show it recorded as many as 484 deaths of patients who were thought to have caught the virus on wards during the pandemic.

But the hospital trust said it was one of the ‘largest’ in the country and had ‘treated over 18,000 Covid patients… significantly more than any other hospital trust’.

Meanwhile, at four acute NHS trusts, more than a quarter of patients who died with the virus had likely got infected while in hospital.

And 34 trusts said that one in five patients who had died after a positive Covid test had become infected in their care.

Countess of Chester Hospital NHS Foundation Trust saw 213 patients die after catching Covid on its wards, accounting for a third of all its Covid deaths.

Hundreds of care homes say they may have to close and evict residents amid a potential shortage of 170,000 staff.

The problem is being made much worse by the new rule insisting that everyone working in the sector must be double-jabbed by Thursday.

Around 60,000 unvaccinated social care staff in England are losing their jobs this week.

Among them is Louise Akester, 36, seen weeping in an online video after she was fired from Alderson House, an NHS care home in Hull.

Concerned about potential long-term side effects from the vaccine, she said: ‘This choice should be my basic human right. I genuinely love my job with all my heart.’

Even before the rule came in, homes were struggling to recruit enough staff and the sector is teetering on the verge of collapse as staff leave for better-paid jobs in supermarkets, retail or hospitality.

It is feared that as many as 500 care homes may have to close in the coming weeks, leaving thousands of vulnerable people in urgent need of new places.

The Countess of Chester said Covid patients made up ‘more than 70 per cent of [its] general and acute beds at one point’ meaning it was ‘one of the most seriously affected trusts in the North of England’.

Barbara Keeley, the Labour MP and a member of the health select committee, told The Daily Telegraph: ‘We have to learn the lessons so that scandals like this don’t happen again.’

A NHS spokesperson said: ‘Covid hospital infection rates account for less than one per cent of all cases since the pandemic began and cases have reduced significantly since the NHS vaccination rollout.’

Affected patients would have been in hospital for all manner of reasons, from emergency care for a heart attack or stroke, to planned surgeries such as a hip replacement.

Faulty or incorrectly worn personal-protective-equipment, failing to follow infection-control measures and other human errors are likely to have been some of the causes of hospital-acquired infections.

Today’s data will likely bolster calls for NHS staff to be fully vaccinated against Covid to help stop the spread of the virus in hospital.

But it has emerged today that unvaccinated NHS staff will be given an amnesty until spring next year to get their Covid jabs under Government plans to make them mandatory for health workers.

The extension comes despite calls for NHS staff to be fully vaccinated before the onset of Winter, with experts predicating rough months ahead for the health service which will be dealing with both flu and other normal seasonal disease as well as Covid for the first time, as well as backlog of operations disrupted by the pandemic.

After a few weeks of talking tough on mandatory jabs Health Secretary Sajid Javid backed down over the prospect of bringing in a ‘no jab no job, policy for the NHS, similar to the one the Government has already introduced for care homes.

The U-turn came among fears that with chronic staff shortages, the NHS could ill-afford to lose even the minority of health staff who are refusing to take the Covid vaccine, similar to the staffing problems that are now currently blighting the care sector after the introduction of mandatory vaccines.

Some 110,000 doctors, nurses and administrative staff in the health service are yet to get their jabs — equivalent to eight per cent of the workforce —, and there are more than 100,000 vacancies. 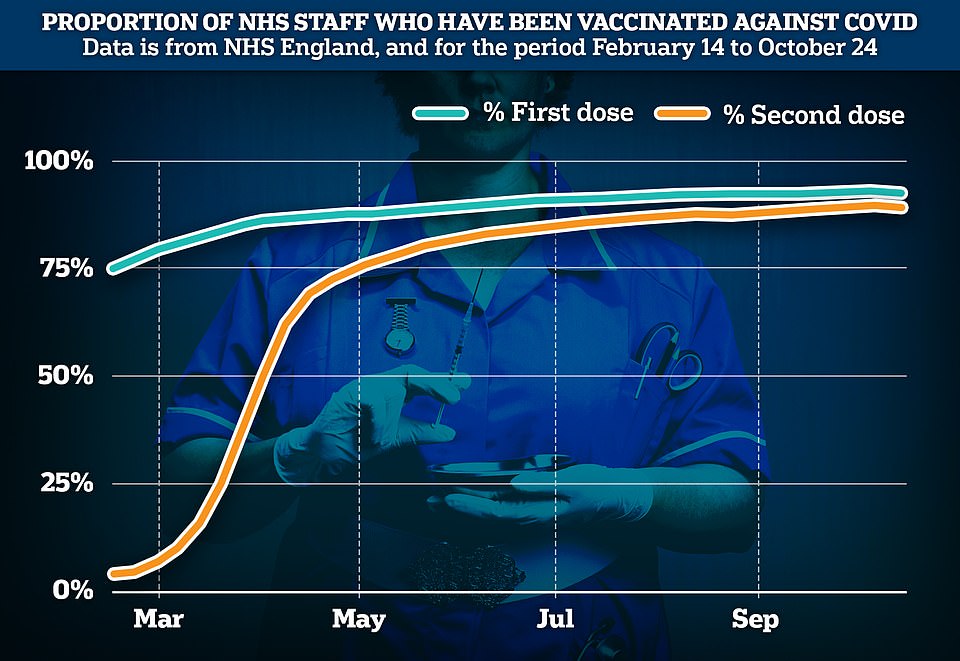 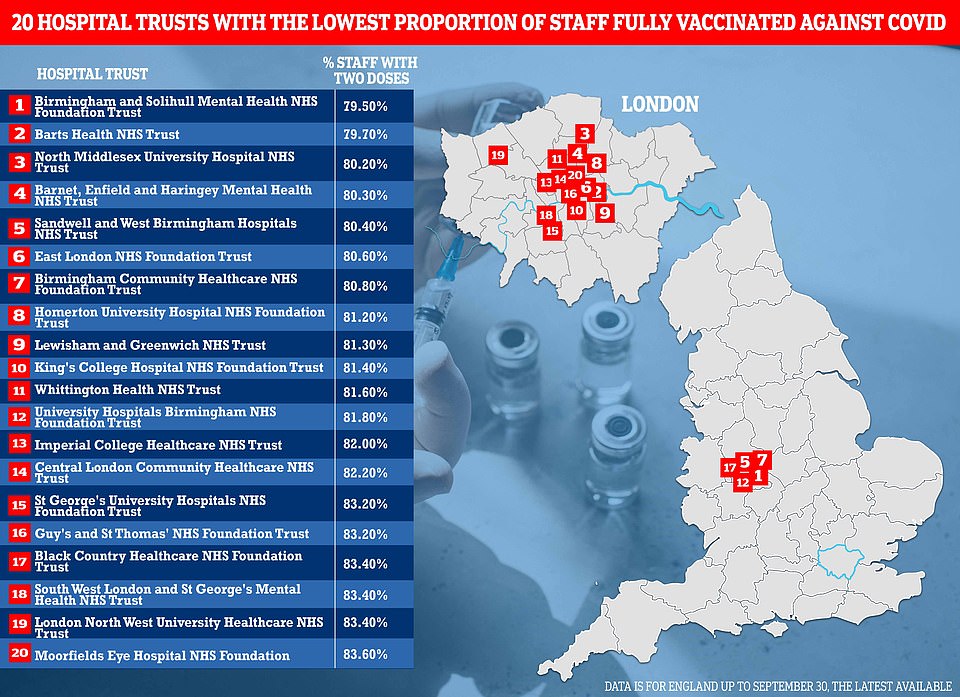 The above map shows the 20 hospital trusts with the lowest proportion of staff fully jabbed in England. The data is up to September 30, the latest available

In the care sector, care home workers must be fully vaccinated against Covid by Thursday or face redundancy, after ministers controversially announced they would make jabs compulsory for the sector in June.

Industry leaders last night issued a desperate plea for ministers to delay or even cancel the plans, saying they would leave homes struggling to get through the winter.

Up to 60,000 workers are set to be made redundant this week — roughly a tenth of the workforce — forcing hundreds of homes to close or limit their bed numbers.

NHS staff can be exempt from the double-vaccine requirement if they have a medical reason, such as an allergy to an ingredient in the vaccine or previously experienced a serious side-effect.

No similar proposals have been announced for Scotland, Wales and Northern Ireland, which set their own policy on whether Covid vaccination is required. 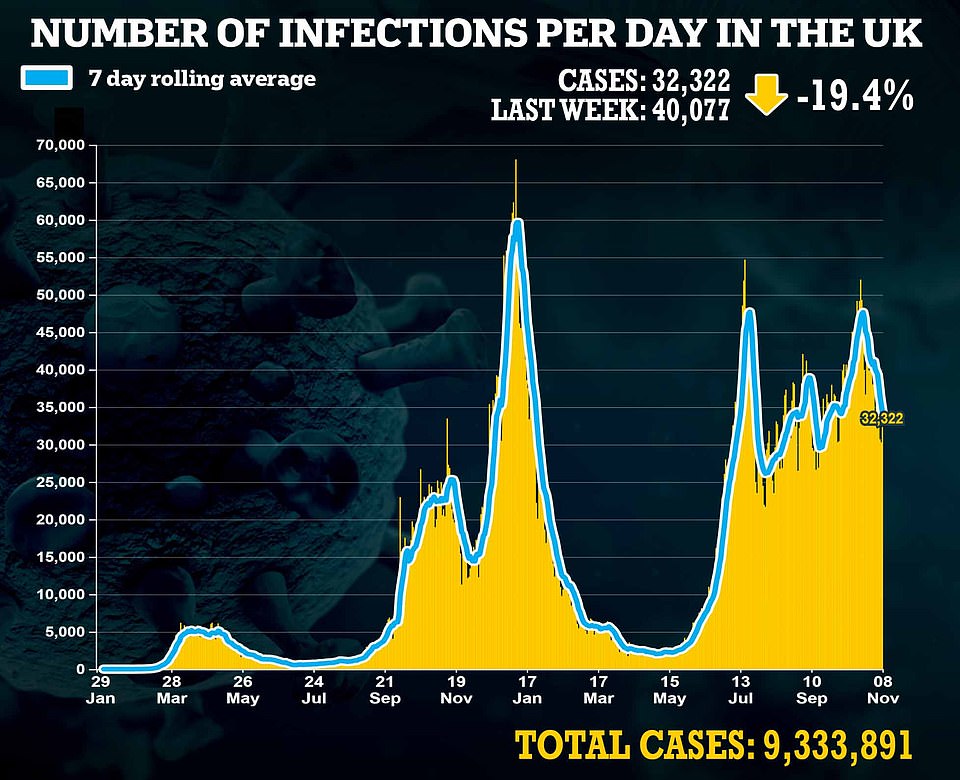 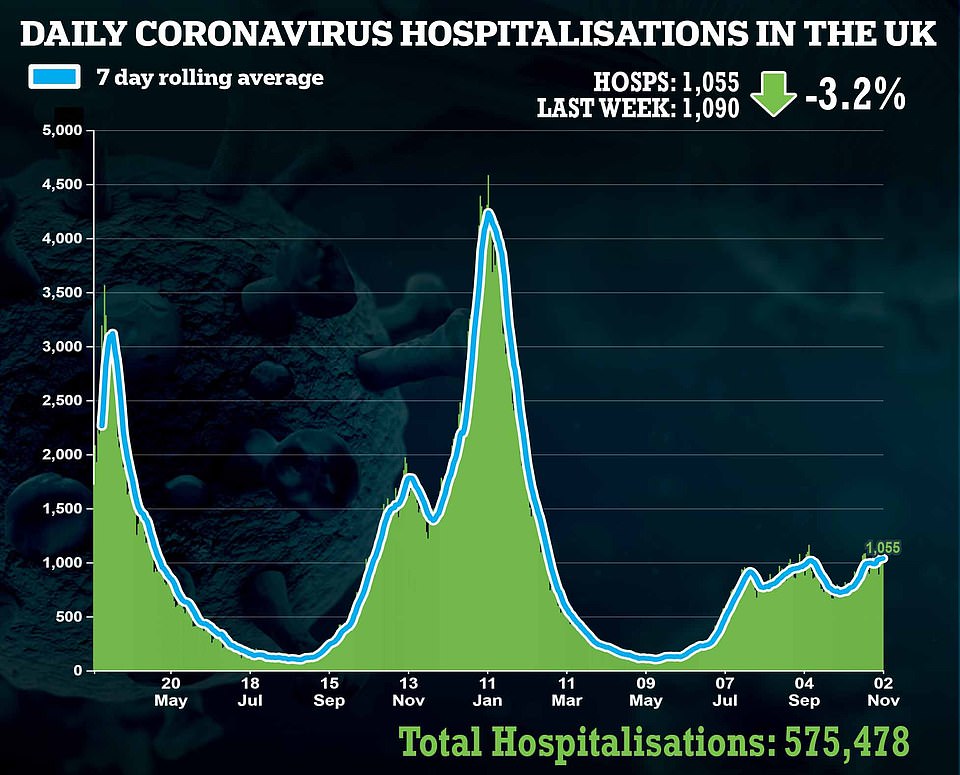 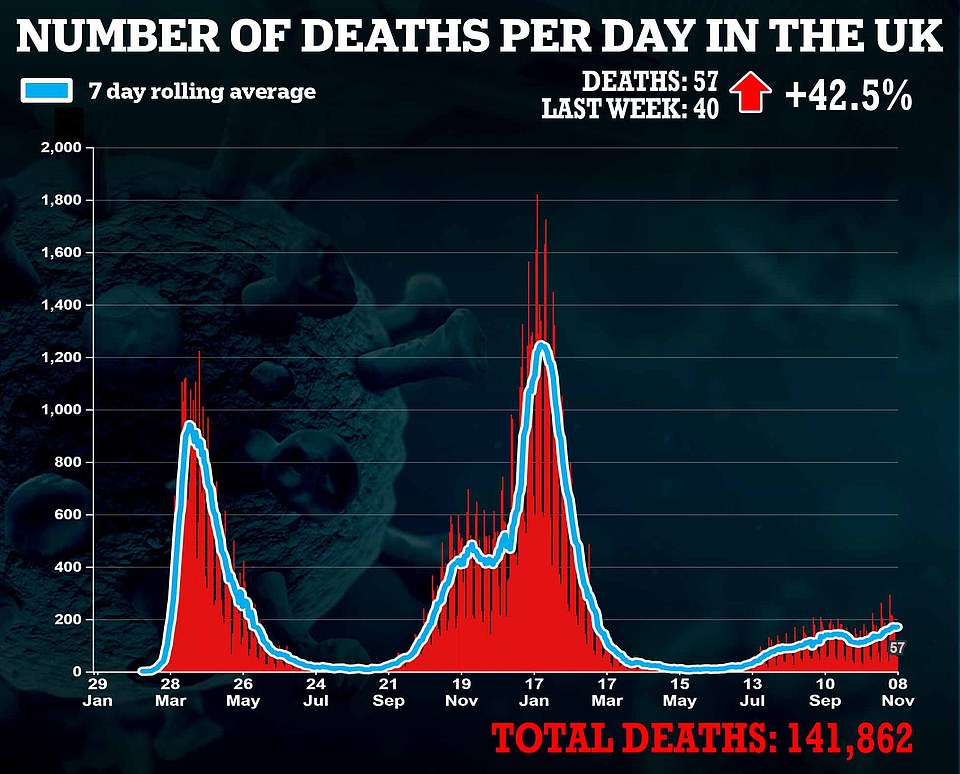