World ballet superstar Francesca Hayward – the principal dancer at the Royal London Ballet – is headed to Australia for an exclusive series of shows as part of the Covid travel loophole for athletes and celebrities.

In what will be the first major international ballet performance since the Bolshoi company toured Australian shores in 2019, Hayward will star in eight performances in Queensland later this month – with six to take place in Brisbane and a further two on the Sunshine Coast.

A household name in the United Kingdom, Hayward – who appeared in the film version of Cats and is the face of designer Ralph Lauren – will first spend two weeks in regional NSW where she will quarantine before heading north.

Visiting ballet dancers are able to fall under a special international travel exemption granted to celebrities and athletes travelling here for major sporting or artistic events. 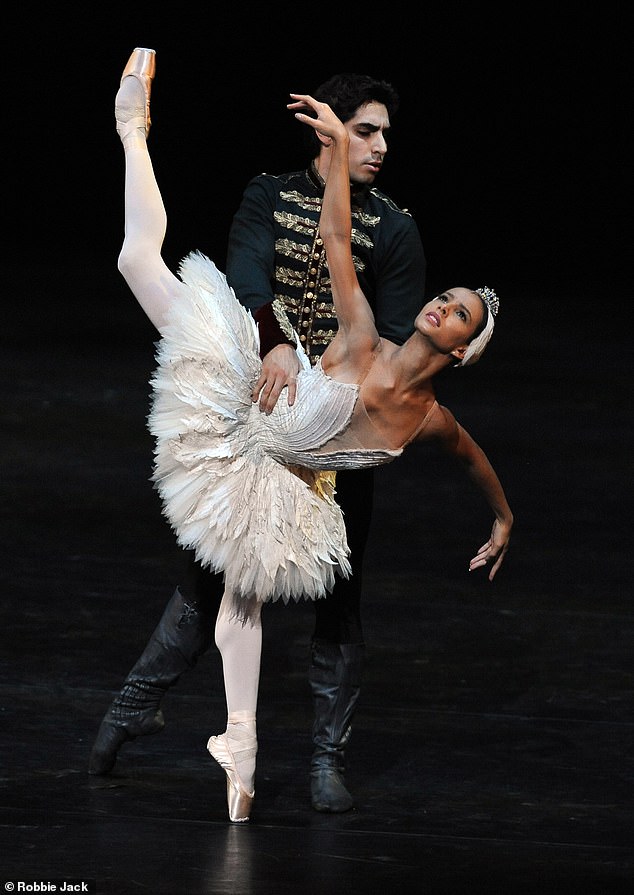 Hayward has obtained a Temporary Activity (subclass 408) visa – the same one Novak Djokovic had cancelled last week when he arrived in Melbourne to contest his 10th Australian Open.

But while Australian Border Force officials did not accept the unvaccinated tennis champion’s medical exemption, citing previous Covid-19 infection, Hayward, who has received two doses of a vaccine – will have no issues.

However, organisers say they opted to bypass New South Wales due to Covid-related restrictions and interstate border issues.

For Hayward, who will also perform with her professional and personal partner Cesar Corrales in Australia, it’s the first major trip abroad since the onset of the pandemic which shut down most arts productions worldwide.

‘As you can imagine it’s impossible for ballet dancers to work from home so it’s been wonderful to be back together again in the theatre training, rehearsing and performing post lockdown,’ Hayward told Daily Mail Australia in her first Australian interview. 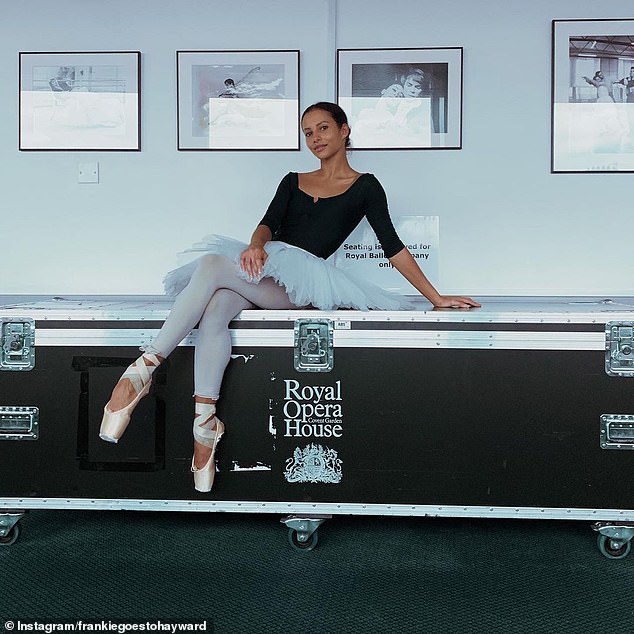 Born in Nigeria and raised in the UK, Hayward has risen to the top of world ballet 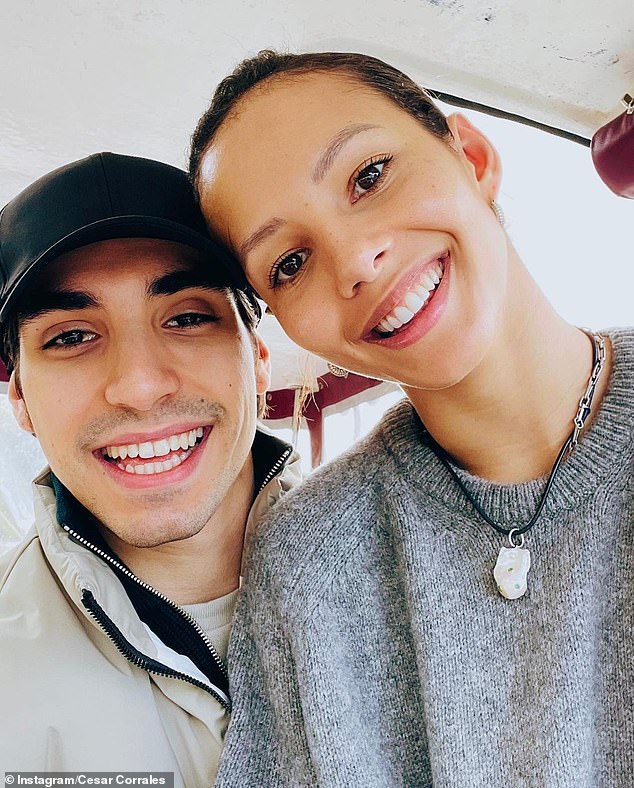 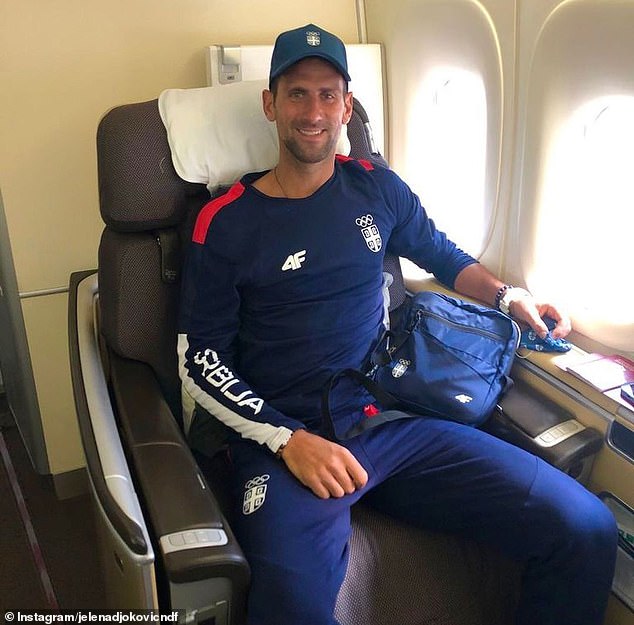 Novak Djokovic’s Australian visa was cancelled by border force officials upon his arrival in Melbourne last week who deemed his vaccination exemption unsatisfactory. The decision has since been revoked after the tennis star lodged an appeal in the federal court

‘Until (now) We’ve been dancing in bubbles as much as possible.

‘Cesar is my partner in real life not just on stage so it helps that we can dance together and be our own ballet bubble.’

Hayward says that the company has observed the strictest preparations for their trip Downunder, wearing masks during all rehearsals.

‘And we’re tested (for Covid) everyday,’ she added.

‘Obviously it’s really important to be cautious and I know that everything possible has been done to keep everyone safe so I can actually allow myself to feel excited more than anything else.’

The Kenyan-born, English ballet star will perform possibly the most famous sequences while in Australia – the pas de deux from Swan Lake.

‘I haven’t danced the whole ballet of Swan Lake yet, I was meant to in 2020 right before lockdown so now I will be dancing it again in March this year when I get back to London.

‘Brisbane will be my debut of this role from Swan Lake outside of London.

‘Swan Lake is one of the biggest roles for a ballerina so it’s very important to me,’ she said.

Hayward will also be joined by one of American Ballet Theatre principal dancer Skylar Brandt as well as Kazakhstani phenom Bakhtiyar Adamzhan who famously began his career as a wrestler before switching to dancing. 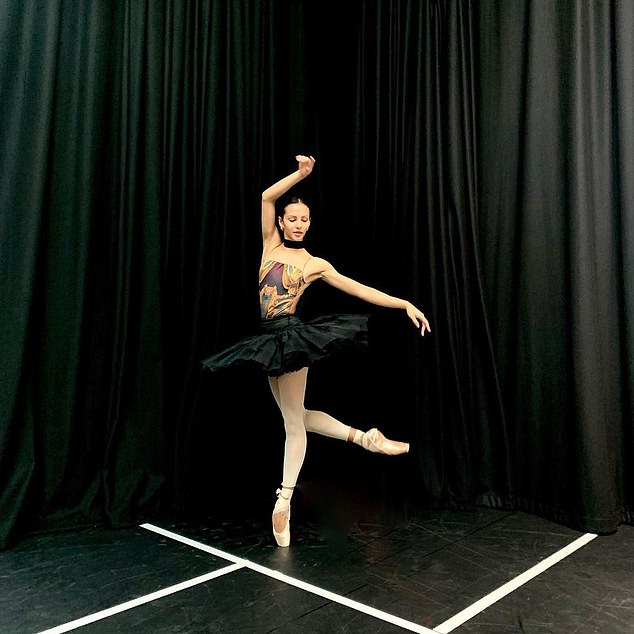 ‘Once in a lifetime’ performer: Hayward is considered one of the best in the world 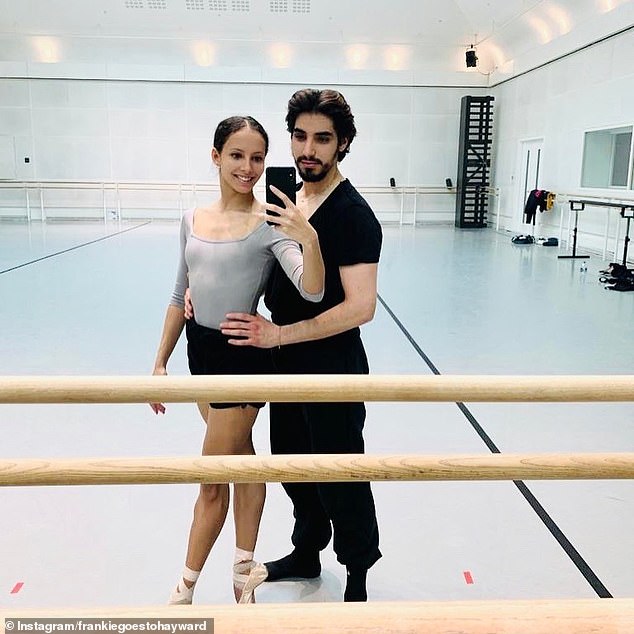 Known for her breathtaking grace, symphonic movements and natural poise, Hayward was the ultimate ‘get’ for gala organiser and dancer Joel Burke who was one of three producers behind the audacious performance series.

He was helped by entertainment lawyer Khal Tarabay and Beck Phillips – with the three men first putting plans for the gala in place two years ago.

‘We were looking to sort of reshape the ballet industry and really focus on the individual names in the ballet world as opposed to companies,’ Burke told the Mail Online.

‘So to be able to get Frankie (Francesca) is just the ultimate because she is probably one of, if not the biggest superstar in world ballet.

‘She’s that rare combination of natural ability combined with artistry and technique.

‘It’s rare to come across dancers like her in a lifetime.’

The Ballet International Gala (BIG) is already being billed amongst the Australian arts community as the highlight of 2022.

The first performance will be held at Brisbane’s QPAC on January 26 with the final show to be staged at the Kings Theatre on the Sunshine Coast on February 5.

Djokovic on Monday won an appeal in the federal court to have his visa cancellation revoked, allowing the world no. 1 to defend his title in the 2022 grand slam. 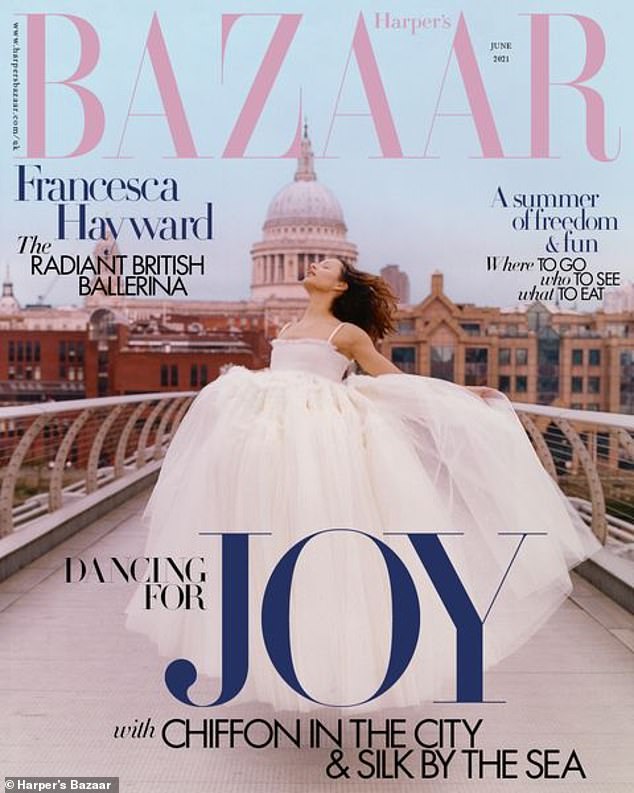 A superstar in England, Hayward recently graced the cover of Harper’s Bazaar magazine