Jacinda Ardern responds to a very X-rated question about New Zealand’s Covid rules: ‘When can we have sex with strangers?’

Jacinda Ardern has given a very fitting response to a comedian’s X-rated question about New Zealand’s Covid rules.

Comedian Chris Parker fired up his Instagram this week to demand the country’s leaders notify Kiwis about when they can resume having casual sex.

While a vaccine ad airing across the nation has suggested ‘two shots’ of Pfizer are needed ‘to do the deed’, politicians are yet to address the matter directly.

With Kiwis confused over intimacy guidelines, Parker shared a satirical video calling on journalists to ask Ms Ardern and Director General of Health Dr Ashley Bloomfield when people can ‘go out and f*** a stranger’.

‘I just have one question prime minister,’ he says in the clip, as he pretends to be a reporter at a press conference.

‘I feel like there was just one question that was not addressed at all – and is kind of the big elephant in the room.

‘When are we able to go out and have sex with strangers? Because I feel like that is something we all want to know: “When can we all go out and just f*** someone we don’t know?”

The viral clip gained the attention of thousands of social media users – including the prime minister herself.

The prime minister’s weigh in left thousands bemused, with her response alone racking up 2687 likes.

‘Best PM ever,’ one person declared.

‘Oh this is gold!’ another added. 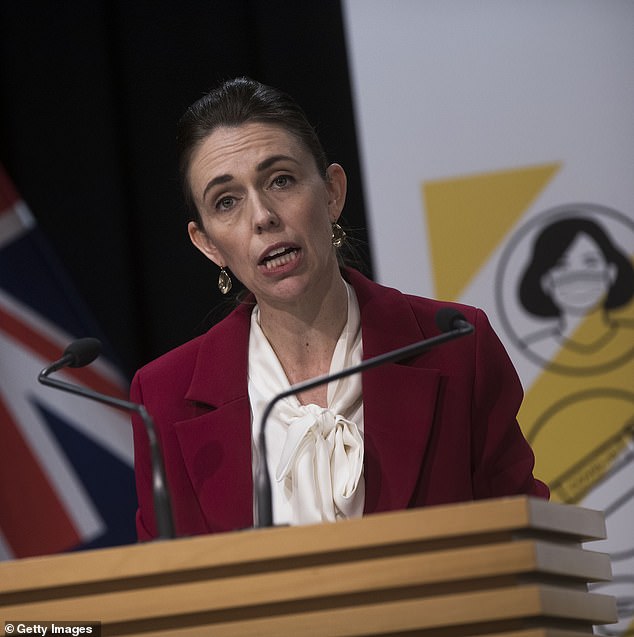 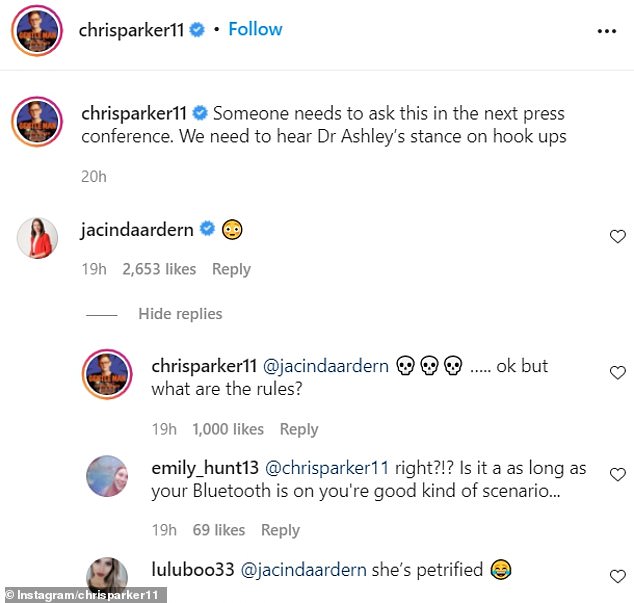 However, some were still left scratching their heads over the country’s stance on one night stands, with Ardern failing to provide clarity about Parker’s questions.

‘Ok but what are the rules?’ someone else wrote, tagging Ms Ardern.

‘Is it a ‘as long as your Bluetooth is on you’re good’ kind of scenario?’ another wrote.

It is not the first time Ms Ardern has been quizzed on racy subjects.

In September, the prime minister was asked about a brazen sexual escapade in an Auckland hospital, where a patient allegedly had sex with a visitor.

The journalist asked whether the rendezvous was considered a ‘high-risk activity, in the current climate’, prompting Ms Ardern’s facial expressions to flash from disturbed, to intrigued, to amused.

‘I would say, generally, regardless of the Covid status, that kind of thing shouldn’t generally be part of visiting hours, I would have thought,’ she quipped.