Unions believe the decision to wind back close contact isolation requirements in NSW is reckless and will threaten the health and safety of staff, while exacerbating supply chain disruptions.

The retail workers union SDA says while it will always be guided by the official health advice, it is concerned about the workers it represents and the absence of consultation with employee representatives,

TWU says NSW Health’s decision to wind back self-isolation requirements for close contacts who work in critical industries like food logistics means employers could prioritise operational matters over the safety of workers.

The controversial move will Covid close contacts avoid isolation and be allowed back to work in the food supply chain (pictured, empty shelves at a Sydney supermarket on January 7)

‘Scrapping isolation requirements for transport workers is beyond reckless – workers are being thrown to the wolves by a government that continues to ignore all the warnings,’ TWU national secretary Michael Kaine said in a statement on Sunday,

‘We know even if you’re asymptomatic you can still spread the virus.’

‘To rebuild a healthy workforce we need to have isolation requirements and rapid testing working together – we can’t have one without the other,’ he said.

He said the TWU wrote to the prime minister and national cabinet in September and October urging governments to provide rapid tests to road transport workers to avoid unnecessary delays and keep drivers on the road. 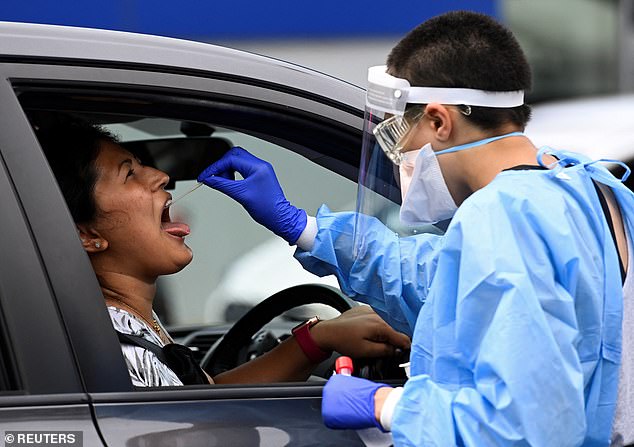 PCR tests are being rolled back so priority can be given to those with symptoms or are close contacts (pictured, a Sydney testing centre)

SDA national secretary Gerard Dwyer said this situation is again the result of the prime minister’s negligence and failure to plan or demonstrate genuine leadership.

‘The authorities must act to give shoppers sufficient confidence to ensure retail workers do not become the targets of abuse and worse in the face of supply shortages of food and other essentials.’

Health Minister Greg Hunt insists there is a progressive increase in rapid antigen tests being made available with the Commonwealth having purchased 70 million, and now over 200 million when states and territories are included. 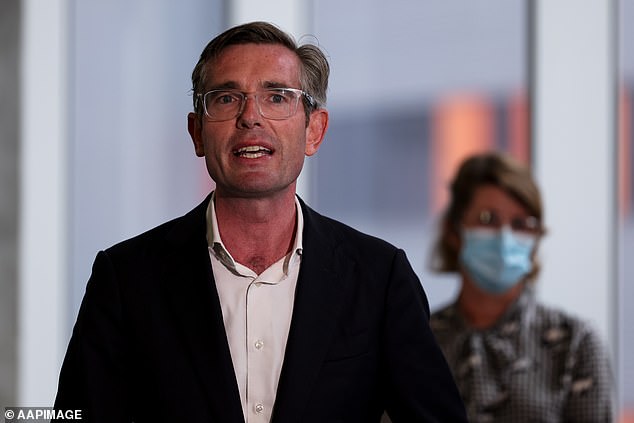 There has also been very significant private acquisitions.

He said the Commonwealth is looking to supply the states with 10 million tests over the coming weeks, while over five million have been supplied to aged care facilities.

‘What we will see there are increasing volumes coming in through the combination of Commonwealth, state and pharmacy and supermarkets,’ he told reporters in Canberra via video-link.

But Opposition Leader Anthony Albanese said these issues are contrary to the statements that have been made by the NSW and federal governments.

‘Everything isn’t all okay in the health system in New South Wales,’ he said in Ingham, Queensland.

‘There are major issues with the pressure on the hospital systems. The ‘Let it rip’ approach is creating major issues in our health system, with people under such enormous pressure.’